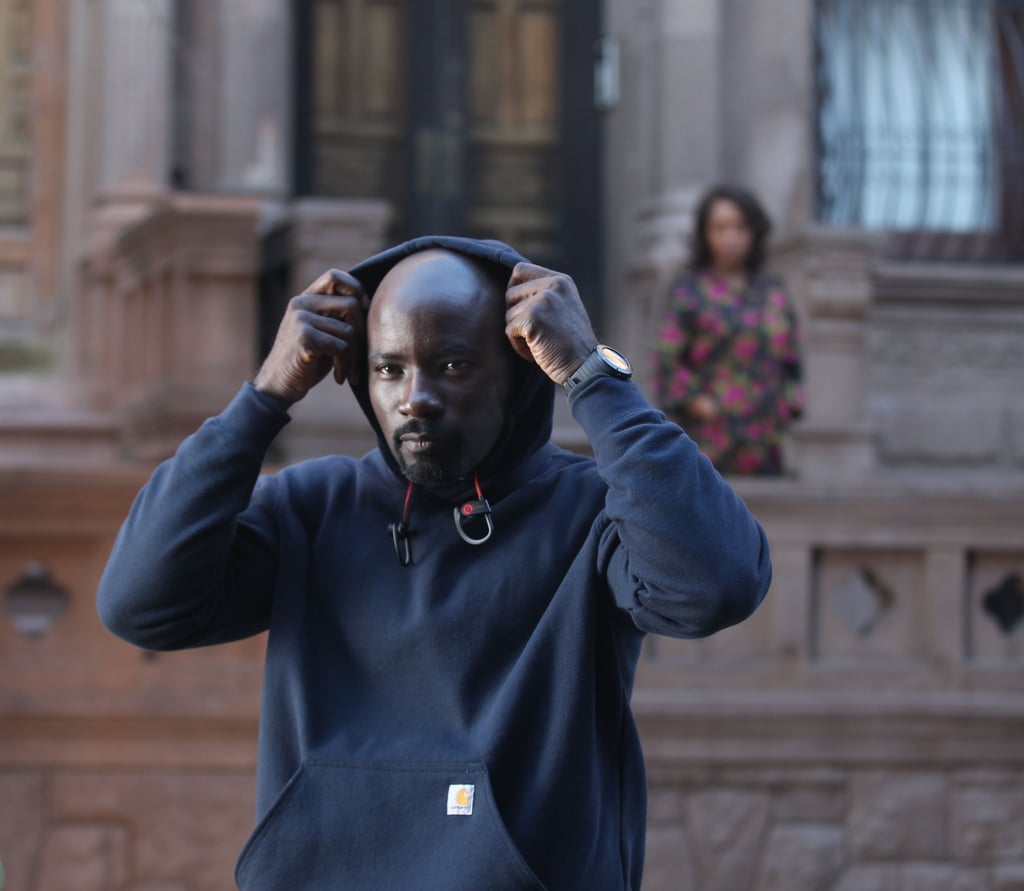 If you've been watching Jessica Jones, you've already met Luke Cage. If not, allow me to introduce you. Mike Colter plays Marvel's newest hero, a man with unbreakable skin. He has a major role on Jessica Jones, but he also has his own spinoff series coming up on Netflix. It's set to premiere in 2016, and the cast is currently filming in New York City. Alfre Woodard can be seen in the first set pictures, along with Rosario Dawson, who has already starred on both Daredevil and Jessica Jones. Her character, Claire, is a romantic interest for Luke in the comics, and we'll see where their relationship goes on the show!

Previous Next Start Slideshow
NetflixTVLuke Cage
Around The Web

Saturday Night Live
Kevin Jonas Crashed Nick's SNL Monologue to Finally Get an Answer: "Are We Still a Band?"
by Karenna Meredith 4 hours ago

Nick Jonas
SNL Is on a Mission to Ruin Our Childhoods, and Now It's Sullied Cinderella
by Mekishana Pierre 15 hours ago