Watch a Marvel film like Avengers: Infinity War or Guardians of the Galaxy for all of one minute, and you'll realize the movies in the superhero action franchise require quite a bit of CGI to make them look the way they do. But just how much CGI? Thanks to a wildly interesting video from GamesRadar, we're beginning to find out.

Using behind-the-scenes footage from filming the blockbusters alongside the finished product from all the major films in the MCU, the video is proof that without the highly advanced CGI used to create everything from the Hulk's jawline and suspiciously plucked brows to the way Spider-Man is able to fling himself off of the top of the Washington Monument with ease, the universe we know and love simply wouldn't exist.

I mean, just look at how much detail they layer in to this shot of Gamora (Zoe Saldana) chillin' on a faraway planet! 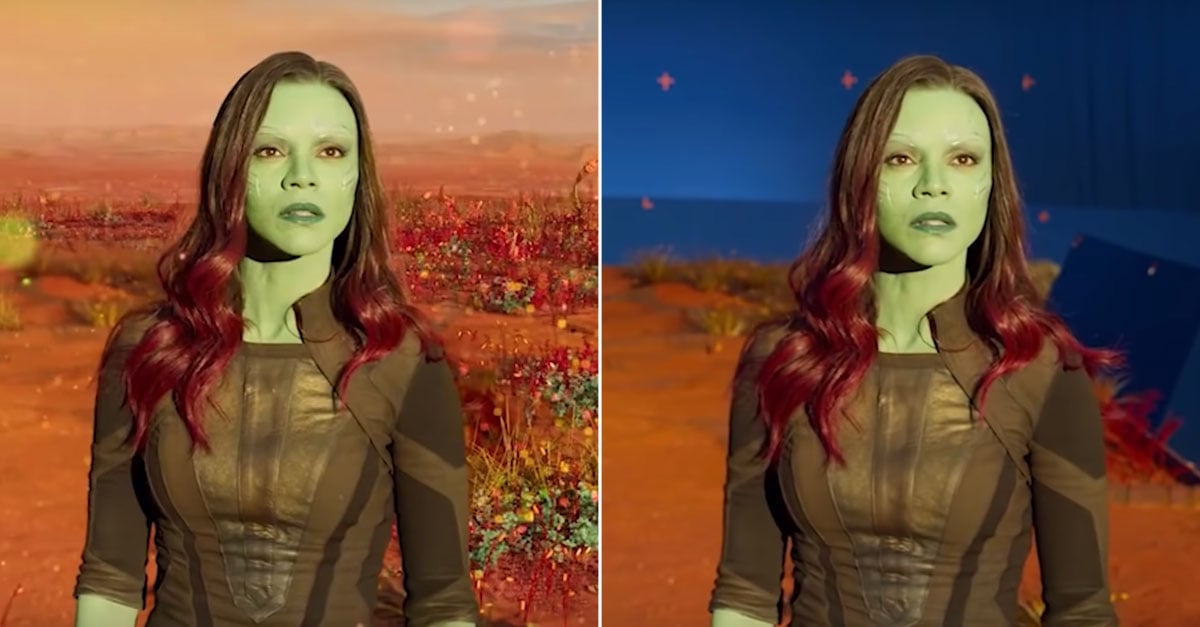 And because we always forget that the A Star Is Born big shot is actually the voice of Rocket Raccoon, there's even footage of Bradley Cooper giving the sarcastic character his signature snark.

Watch the video above, and prepare for your jaw to hit the floor.

Netflix
Hold on Tight, Spider Monkeys — All 5 Twilight Movies Are Coming to Netflix Next Month
by Victoria Messina 6 hours ago

Movies
The Shazam Family Is Bigger and Better Than Ever in the Sequel: Here's Everything We Know
by Grayson Gilcrease 7 hours ago

Music
Welcome to the Space Jam: Here's Your Chance to Check Out the Songs From the Sequel
by Grayson Gilcrease 8 hours ago

Disney
In Magical Casting News, Rachel Zegler Will Be Playing Snow White in the Live-Action Film
by Kelsie Gibson 11 hours ago