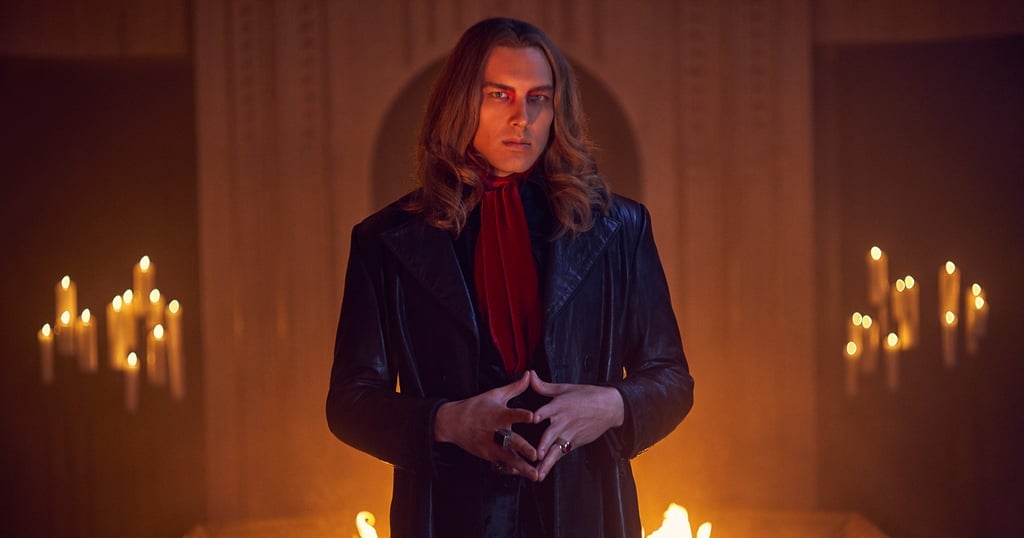 American Horror Story's biggest mystery comes in the form of one Michael Langdon. We first meet him as a baby in Murder House, but it's only in Apocalypse that we begin to get a closer look at his backstory. For every fact we uncover as we slowly peel back the layers that make up this enigmatic character, we find at least three more questions.

The fourth episode of Apocalypse sheds some light on where Michael has been since last we saw him — as a teenager Michael is found by the male coven that leads Hawthorne School for Exceptional Young Men and is taken in. His power astounds them, and they believe he might be the prophesied Alpha, whose power "will exceed that of the witches . . . and supplant their Supreme." Michael is indeed incredibly powerful, so it checks out that he could be this Alpha. But does that magic come from being a warlock, or from his being the Antichrist?

Since we don't know everything concerning the abilities of witches and warlocks, we can't say for sure that Michael can't be both a warlock and the Antichrist. We also don't know if the Alpha strictly has to be a warlock, because Michael fits the bill perfectly. Then again, it's highly likely that Michael isn't a warlock at all, and that his sole source of power comes from being the unholy child of human and spirit.

It would make sense that Michael is simply using his satanic abilities to appear as a warlock because it gives him an in with the covens, which will eventually serve as his gateway to a seat of power. We've seen him call "his father" for aid before, something none of the witches and warlocks have done before. The only person who's done anything close to that is Marie Laveau, the voodoo queen. So, unless Michael is also a voodoo practitioner, it's safe to say he isn't warlock like the rest of the coven.

Of course we don't know anything for sure just yet, just as Ryan Murphy likes. Michael could very well be the satanic triple threat — a warlock, the Antichrist, and the Alpha all in one. That would be a lot of power in one man; too much power if there's to be any hope in taking him down. Until we get more answers, we'll be examining every little detail as the rest of the season unfolds.