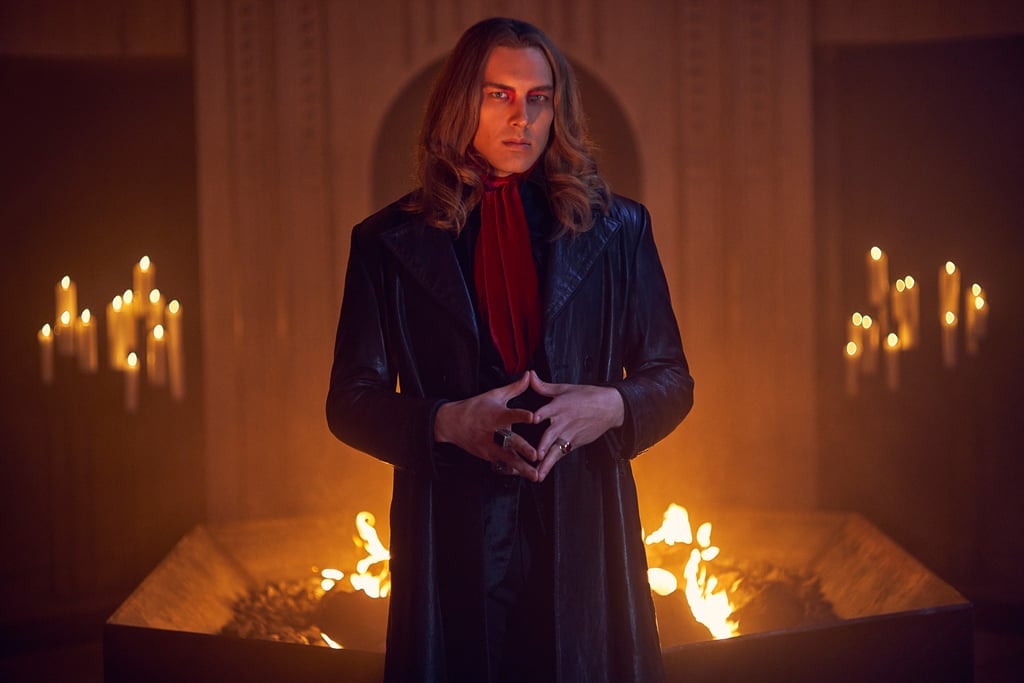 The one thing that everyone can agree on about American Horror Story: Apocalypse is that no one has any clue what's happening on American Horror Story: Apocalypse. The first two episodes have been pretty confusing, following a small band of survivors after most of humanity is apparently destroyed in a series of nuclear blasts (the cause of which is still unknown). In the bunker, called an "outpost" by the mysterious, sinister women who run it, things get a lot more intense when Michael Langdon, the Antichrist of the American Horror Story universe last seen as a toddler in American Horror Story: Murder House, shows up with a mission to decide who among the survivors will be taken on to a secure, more long-term outpost. Reddit user EdwinQFoolhardy, however, has a theory that Michael has an even bigger role in the apocalypse.

In the premiere, viewers learn that there are many other outposts, but six so far have been "overrun." The Redditor here suggests that Michael himself is the force that has been methodically destroying survivor outposts. After all, in a toxic wasteland with huge swaths of destruction in between unknown outposts, who could gather enough supplies and strength to defeat fortresses built to withstand a nuclear apocalypse — unless they had some supernatural, even demonic, help?

This theory opens up a pair of contradictory endgames for this AHS installment. If Michael, with his evil affiliations, is indeed behind the destruction of outposts, it's possible that the outposts in general were benevolent and genuinely intended to salvage humanity. Thus, Outpost 3 is the twisted anomaly — something supported by Venable and Mead's private conversations — and Michael is the Cooperative's enemy with the goal of destroying all survivors of the apocalypse. The other possibility: that Michael is connected to the Cooperative and has been carrying out their true, sinister intentions all along by infiltrating and corrupting each outpost until nothing is left.

Either option still would also leave the door open for the Coven's return as the saviors of humanity, whether working with the Cooperative or against them. The return of the Coven witches (plus the Harmon family from Murder House) was one of the most-promoted elements of Apocalypse, but they have yet to make an appearance. Until they do, we'll just be over here theorizing away.