Nicholas Sparks is the modern king of romantic tearjerkers, and The Best of Me, the upcoming adaptation of his novel, is all but guaranteed to make you sniffle. Along with a few other journalists, I was invited to the hot Louisiana set during filming and had a chance to quiz Sparks, as well as his stars, James Marsden and Michelle Monaghan. The story follows Dawson and Amanda, a pair of young lovers from opposite sides of the tracks who are reunited in their hometown after decades apart. Sparks filled me in on something that fans of the book are dying to know: the changes between the book and the movie. Plus, he spilled on the actors he'd love to work with (Johnny Depp!) and the movies adapted from his books that he thinks are the most tear-worthy. 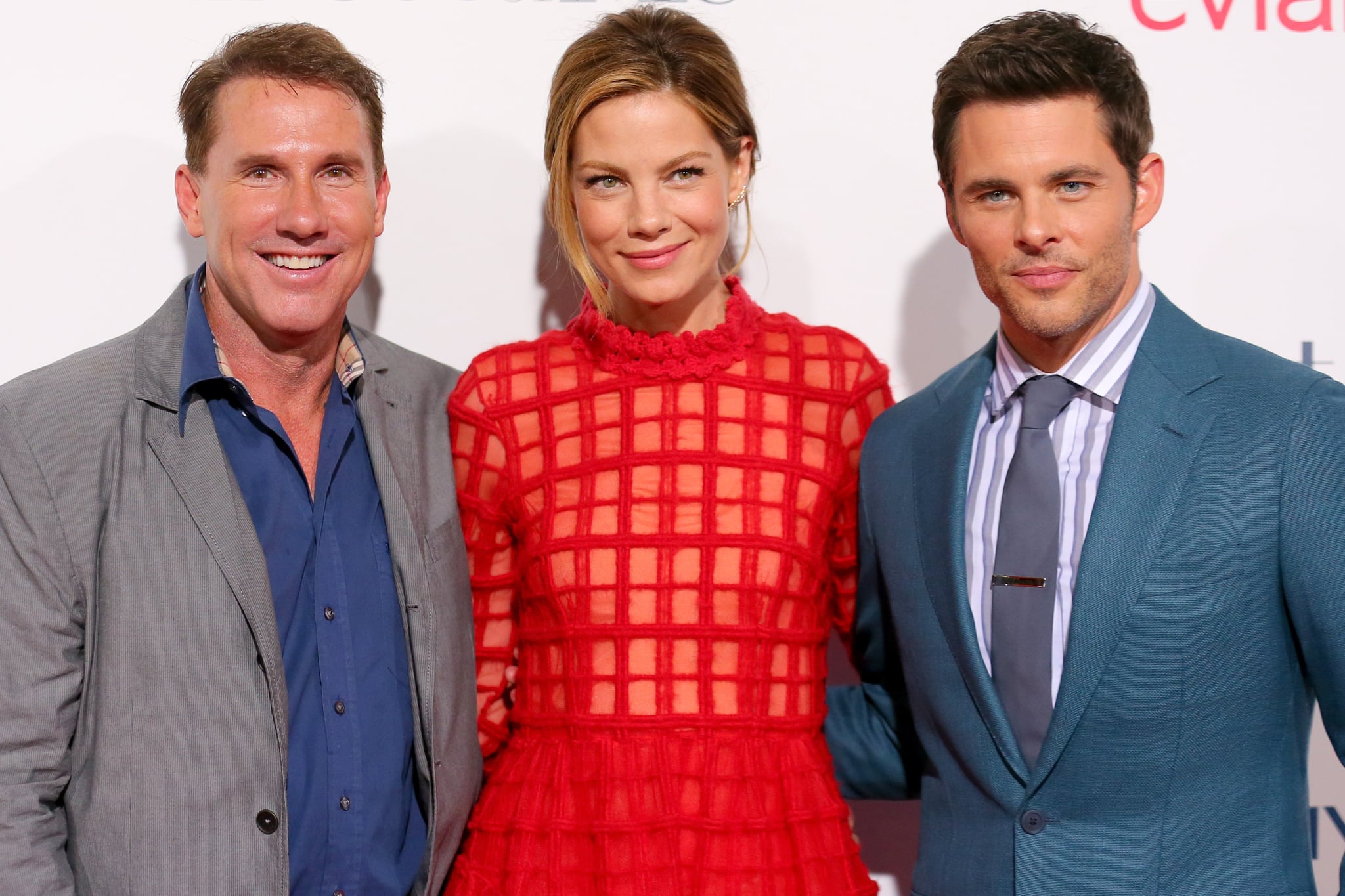 POPSUGAR: Of all your movies, which are the most sob-worthy?

Nicholas Sparks: That's a tough one. I would say the less sad ones are The Lucky One and Safe Haven, because none of the characters who fall in love pass away. Same thing with Dear John, so we'll put those three down. Of the other five, I think The Last Song was pretty sad. My daughters will refuse to watch that one because it's too sad, and they're 12. The saddest for me is A Walk to Remember and Jamie (Mandy Moore), because she's only 17 when she passes away, and I have children older than that. It's just devastating. It's sad when anyone dies, for example The Notebook's Noah and Allie. It's heartbreaking, but they had a wonderful life together. You're kind of happy they went together, even though it's really sad.

PS: Do you have movie night at your house where your family watches one of your films?

NS: Every now and then. The one we've watched the most is A Walk to Remember. For the younger kids, that's the one they relate to the most. It's funny, I've come home and seen my older son sitting on the couch with his girlfriend and other friends and they're watching The Notebook. And I say, "Really?" And he says, "I can't help it, Dad, they like it."

PS: Fate plays a big role in The Best of Me. Would you say that's a theme for all your books?

NS: Fate certainly does play a role in a lot of different ways. There are things that happen that change the course of people's lives, but it's a function of everybody's lives. I remember I met my wife on Spring break in Florida, of all places. I was out with my buddies one night. It's late and she and a couple of girlfriends are walking through the parking lot, and we talked. Twenty-five years later we're still married, but what would have happened if we hit one more green light? Or one more red light? So I think fate influences life in general, not just in my stories. I certainly try to capture the power of that element within my stories because it reflects the realities we face.

PS: What can you say about the major differences between the book and the movie?

NS: There are always differences when you adapt a novel to a film. A novel is longer so you're automatically cutting out elements and introspection but this is actually a film that stays very close to the novel. I guess one of the major elements is that Tuck has a relationship with Clara in the book, and in the film it's to a lesser extent. It still works beautifully because there's this balance. It's the story of Dawson and Amanda and the choices people make, the fate that drives our lives and the power of second chances.

PS: When you write these characters, do you picture particular actors in mind?

NS: Sometimes. It was strongest in The Last Song because I wrote the screenplay first and I knew Miley Cyrus was going to be in it. I wrote the novel after the screenplay for timing reasons, so I pretty much pictured Cyrus for the entire story. Usually I've been wrong about who will be cast and I've been delightfully surprised. I've had such good fortune in casting terrific actors who have put so much into the roles and made them come alive. I have no complaints at all.

PS: Is there anyone you would love to work with who you haven't yet?

NS: Sure. People such as Will Smith, Johnny Depp, and Sandra Bullock. She's fabulous, and maybe fate brings us together.

Lizzo
SZA Says She "Cried and Screamed" Listening to Lizzo's Unreleased Music: "So Inspiring"
by Yerin Kim 1 day ago

Music
SZA Is Busy Fighting For Climate Justice, but Don't Worry, Her Album Is Still on the Way
by Yerin Kim 2 days ago