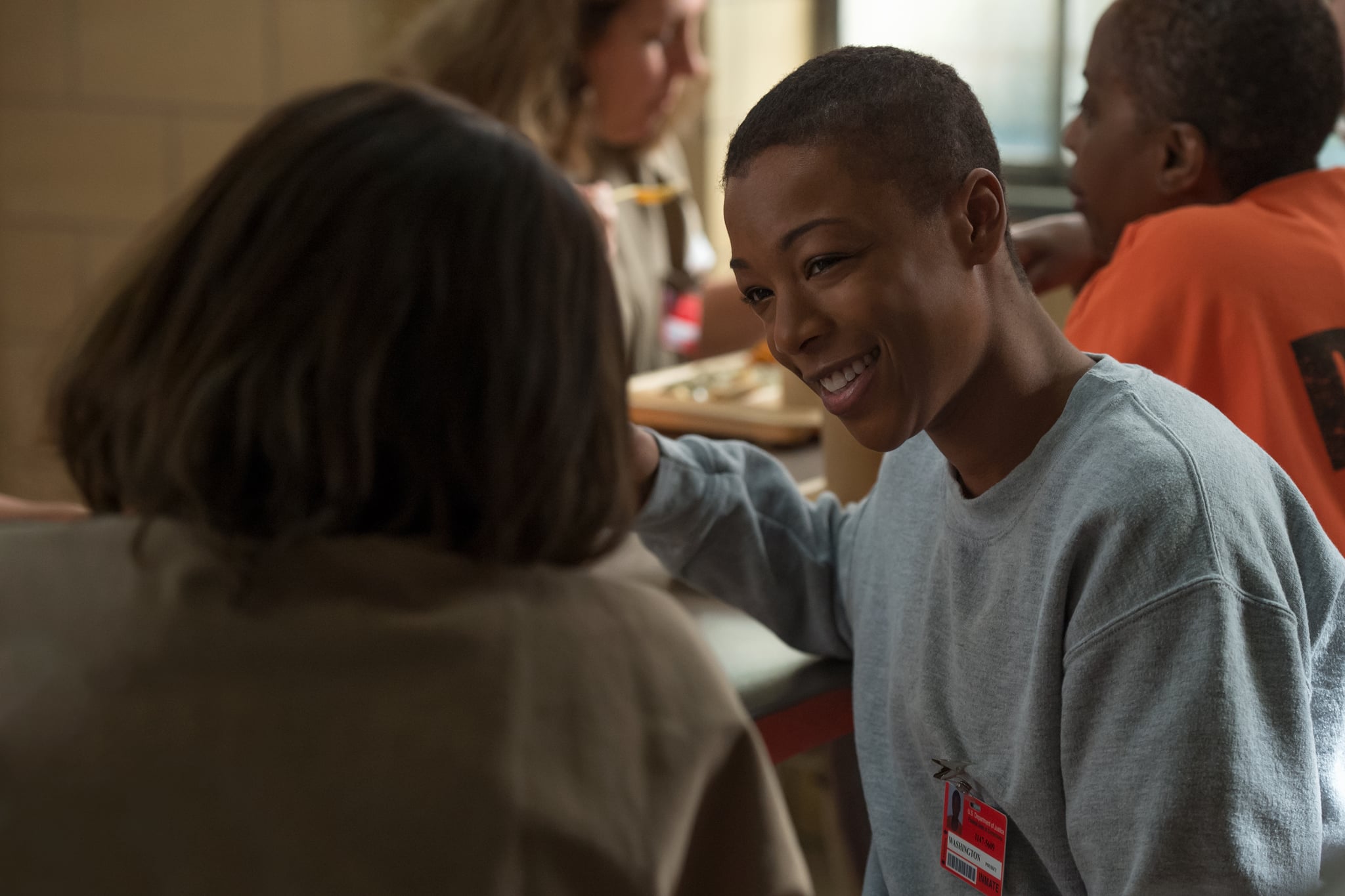 *Caution: major spoilers for Orange Is the New Black season four below.*

Season four is easily Orange Is the New Black's darkest season to date. Inmates and prison employees alike struggle with new injustices and mental crises, and moments of joy are few and far between. The personal battles are set against a larger backdrop of how corrupt and exploitative the private prison industry can be, and perhaps the hardest aspect to cope with is that it all seems disturbingly believable. Lavish private prison conventions do happen in real life, and inmates do fall victim to violence and brutality as a result of poor hiring practices and lack of training all the time. It may be hard to watch, but you certainly can't accuse OITNB of being out of touch with the real world.

Grappling with real-life injustices seemed to be one of the goals for the show's writers this season. In the penultimate episode of the season, a united peaceful protest in the cafeteria turns fatal, as one of the guards uses unnecessary force to pin Poussey down to the floor, restricting her ability to breathe. We watch as she noiselessly cries for help until it is too late — she dies mouthing, "I can't breathe."

This episode is devastating to watch, as is the fallout from it in the final episode. The corporate lawyers begin looking for a way to paint her as violent or unstable, and her body is left under a tarp on the cafeteria floor. We discover that Poussey's crime was merely selling a small amount of marijuana, and that she came from a good home with parents who loved her. The season ends with the Warden announcing that the guard who killed her will not even be fired.

The tie-ins with the "I can't breathe" and the Black Lives Matter movement are obvious in these episodes, but it is clear that the circumstances are meant to be complicated. The guard who killed her was also young and well-intentioned, and the show spends several episodes over the course of the season explaining his backstory and painting him in a sympathetic light. Poussey and the guard even pass each other briefly on a New York City street during a flashback. Neither of them are easily scapegoated by the show's corporate lawyers, or by the audience watching it unfold. The whole situation is heartbreaking, and intentionally so. 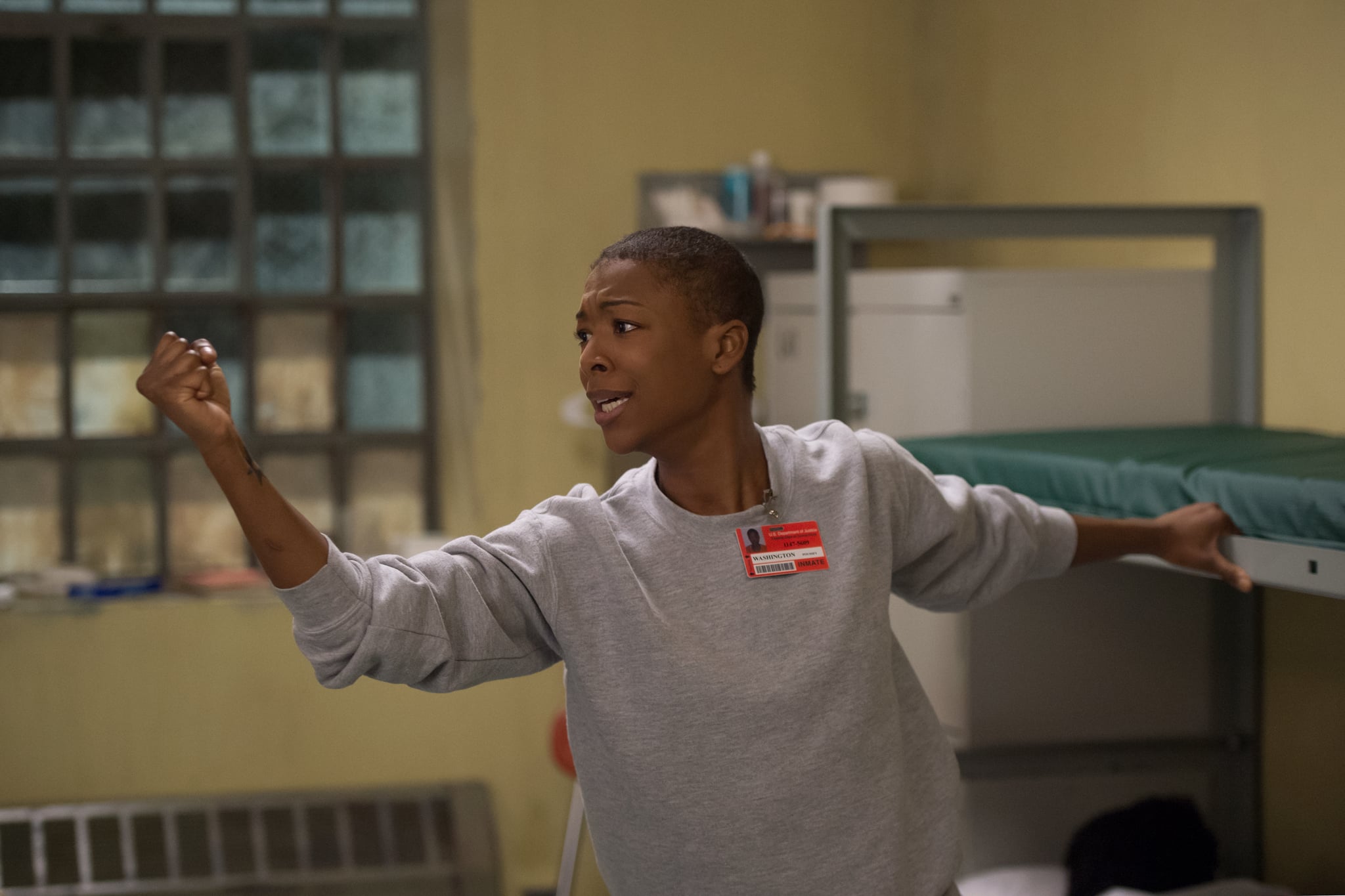 Samira Wiley, the actress who plays Poussey, told Vulture that she knew it needed to be Poussey who was killed: "[People] feel connected to her in a way that is special and different. She has so much potential and so much hope, especially in this season, as we see she is basically guaranteed a job." And Wiley is glad that the show's writers chose to humanize the guard as well. "Honestly, it was a really smart decision on their part because it is complicated. All life is complicated. You could've had one of those asshole guards be the one to do it, but then that would've made your feelings so cut and dry. It wouldn't have been complicated like life is."

Season four of Orange Is the New Black is all about drawing attention to the larger failures of the system, which is partly why this season was particularly devastating. But the moment that is truly the most heartbreaking of all comes at the very end of season four. Instead of allowing the last words we hear about Poussey to come from the corrupt prison officials or her heartbroken friends, we get to watch OITNB celebrate her life. The last episode jumps back and forth between the present day and a flashback to one of Poussey's happiest nights ever. She gets lost in New York City, goes dancing with drag queens, and meets some helpful monks on bikes that take her down to the waterfront to admire the skyline. It is a celebration of her life, and one that is rarely afforded to any character on Orange Is the New Black or any victim of prison brutality on mainstream media in general.

In the very last scene of the episode, the show does something OITNB never does: it allows Poussey to look directly into the camera. She smiles, and our hearts break. It is impossible not to recognize her humanity in that singular moment, and impossible not to feel pain about the greater storyline and the reality it represents. That is why this season may be the most heart-wrenchingly effective one to date, and why we are counting down the days until season five.