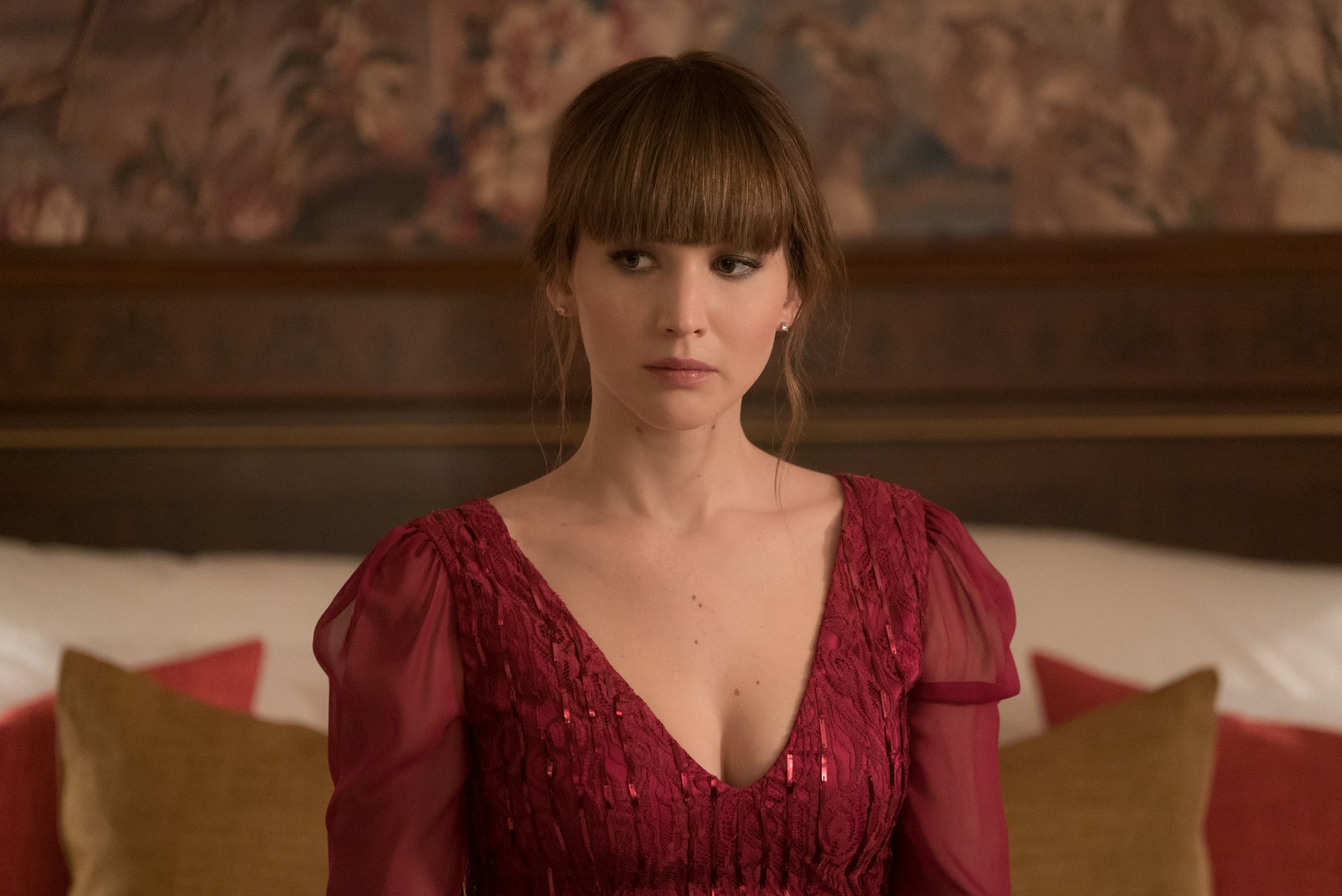 Warning: major spoilers and graphic descriptions of violence for Red Sparrow below.

For her latest role, Jennifer Lawrence really is doing the most. The esteemed actress is playing a Russian woman, a prima ballerina, and a spy, all within one wild and reckless character. Based on the film's trailers and an extended sneak peek, we already knew we were in for quite a ride. But could anything adequately prepare us for the complete savagery Dominika would face? The answer is no. With its R rating, Red Sparrow is filled to the brim with blood, brutal violence, sexual assault, and nudity. Wondering if you can handle some of the most intense parts of the film? We're breaking down the worst of the worst, just for you.

Man, do things start off with a bang. Or, rather, a snap. We meet Dominika Egorova (Lawrence), a Russian prima ballerina who is at the height of her dancing career. During a showstopping performance, a horrifying injury ends her career: her male partner Konstantin (Sergei Polunin) does a gravity-defying leap and lands right on her lower leg, which snaps in half. Not only do you see the moment of impact, but you also get a lovely bird's-eye view of Dominika with her leg clearly bending the wrong way.

We flash forward a few months. Dominika has mostly healed, though she uses a cane to walk. Her uncle, Vanya Egorov (Matthias Schoenaerts), drops by with some upsetting information: Konstantin had been cheating on Dominika, and he deliberately planned her "accident" with another ballerina in the company named Sonja (Nicole O'Neill).

Dominika plans revenge: She goes to the theater when Konstantin and Sonja have just finished rehearsing. Konstantin sneaks into the women's locker room so he can have sex with Sonja in the steam room. While they're in there, midcoitus, Dominika goes in and beats the daylights out of both of them with her metal walking cane. There's a lot of sputtering and blood and twitching. 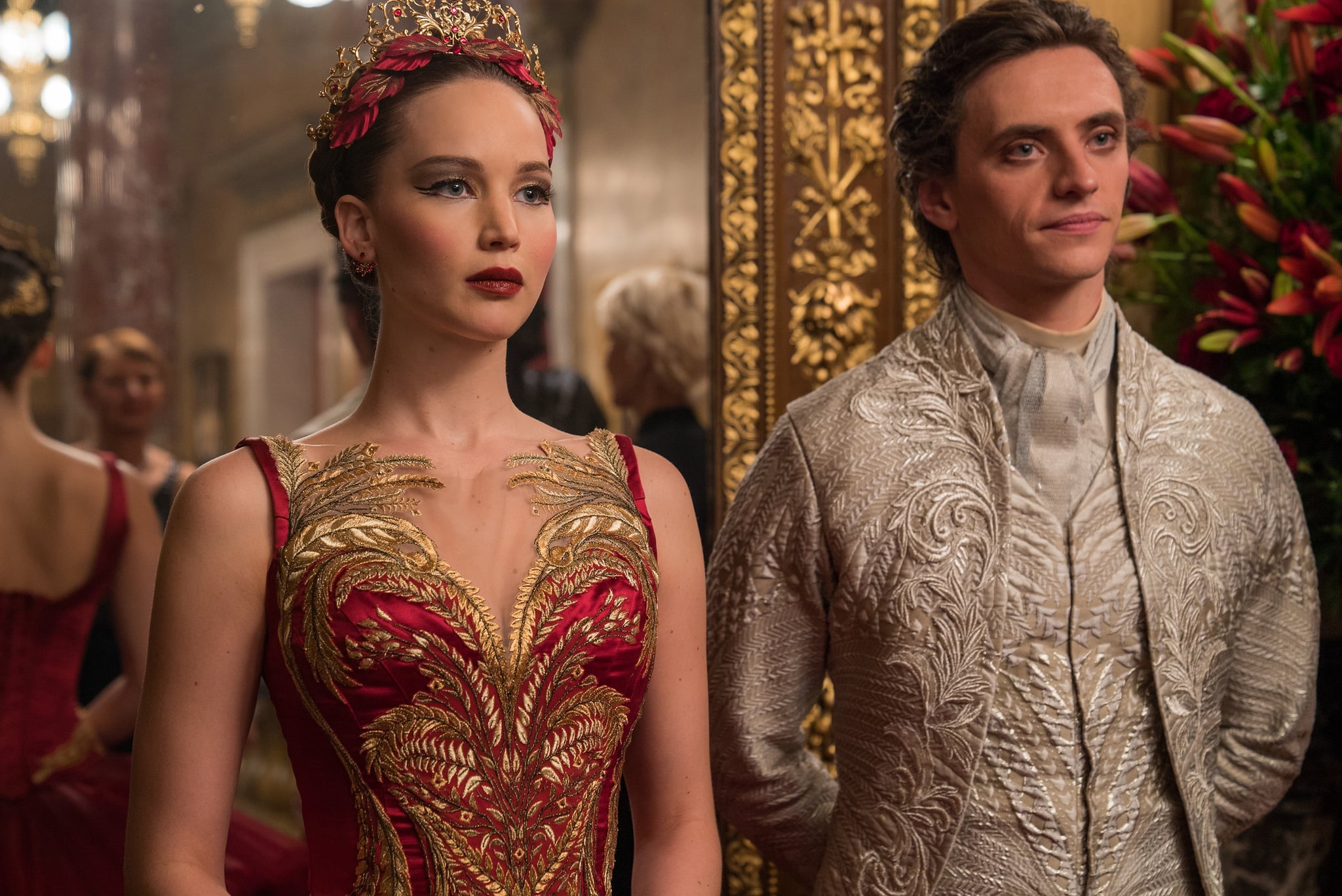 Yes, the first one. Seeing her potential as a ruthless scorned woman, Dominika's uncle sees an opportunity. He recruits her to seduce Dmitri Ustinov (Kristof Konrad), a wealthy and esteemed figure in Russia. The goal is to get him alone and swap his phone for a dummy phone. Once she does get him alone, though, he tells her to undress, throws her on the bed, and holds her down as he rips off her underwear.

Now that Dominika has witnessed a violent murder, she has two choices: she can die, or she can go through training to become a Russian government spy aka a Red Sparrow. Dominika obviously decides to go for the spy academy and joins 20 or so other recruits to go through the rigorous program. At one point, she shuts down another male recruit by providing the correct answer to a question after he fails to do so.

As payback, this recruit tries to rape Dominika in the communal showers. He turns her around, but she pulls one of the temperature handles loose and pummels him with it. Imagine brass knuckles, but it's just literally a metal shower handle. He gets pretty f*cked up.

Dominika gets her first assignment: she must seduce Nate Nash (Joel Edgerton), an American agent who holds crucial intelligence that's pertinent to the Russian government. At some point, Dominika confides in her friend and roommate, Marta (Thekla Reuten). She admits she witnessed a horrifying murder cover-up. Her superiors are not happy with her, so they literally murder her friend (who, by the way, is also a Sparrow). This is not so much a moment of gratuitous onscreen violence, but it's a pretty horrible scene. Dominika comes home and finds Marta dead in the bathtub. In some places, her skin has been completely peeled off, revealing the muscle underneath. There's blood all over the walls. And she's been suffocated with a plastic bag.

Dominika's old friend, the man in the motorcycle helmet, shows up. (I should mention, by the way, that he does remove the helmet. But this seems like the easiest way to identify him.) He presses her face into Marta's corpse and warns her not to talk about Dmitri's murder ever again.

At one point, an important Russian asset dies, and the Russian government believes Dominika is to blame. They torture her horribly. In one scene, she's tied to a chair in the fetal position, and they blast her with (presumably scalding) water. In another, they beat her arm, shoulder, face, and back of the head with a baton. Not cute. 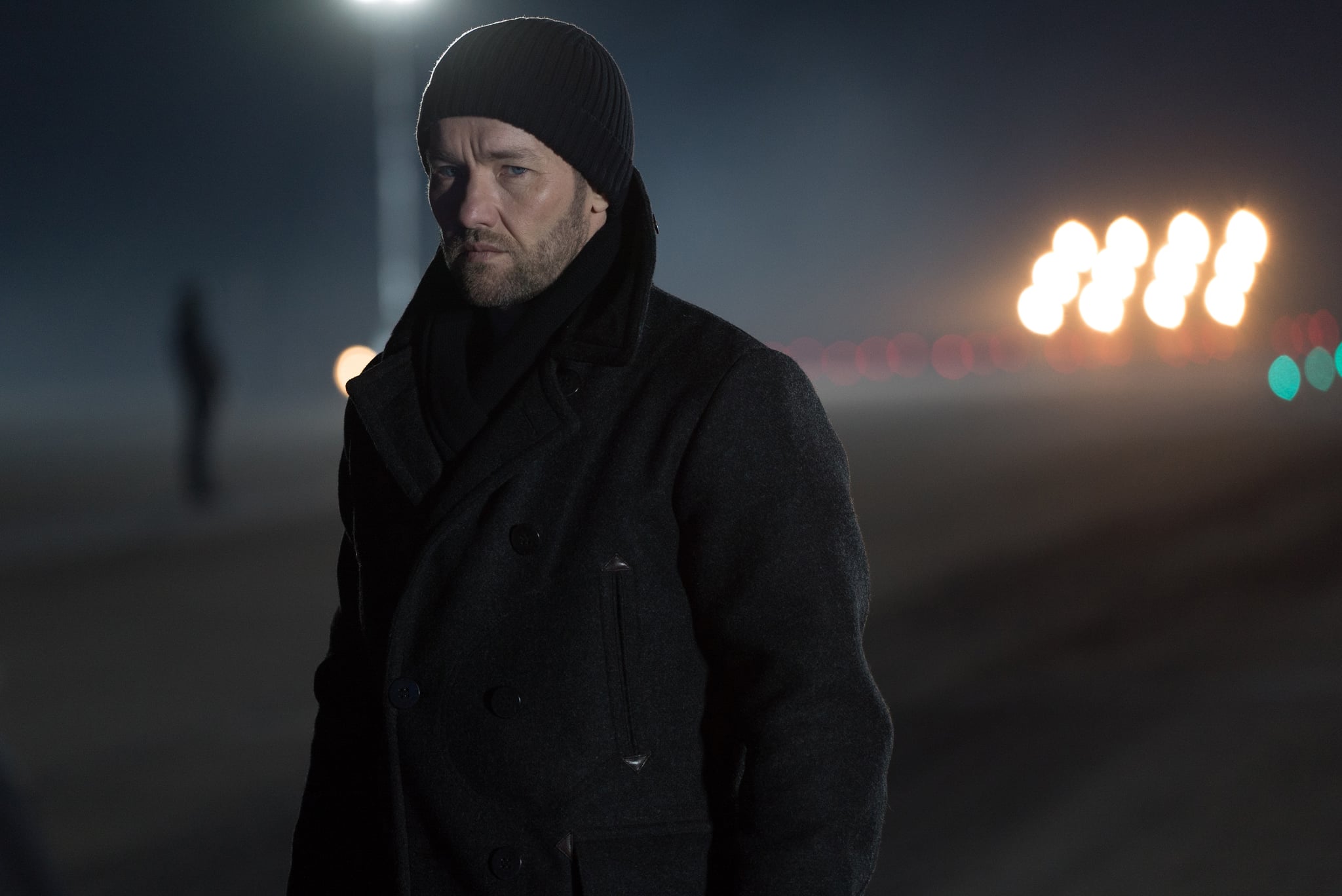 And then, there's the pièce de résistance: a brutal torture scene involving our favorite person, the man in the motorcycle helmet. In order to figure out who's betraying the Russians, the man decides to use a tool that's normally meant for cattle. It peels off the skin in very fine slices, layer by layer, slowly exposing the muscle and bone underneath. We see him use the tool on Nate, and it looks like pure agony. We even watch the man pull the little strips of skin out of the machine. The scene will make your toes curl . . . if you can even stand to keep your eyes on the screen.

But wait, there's more! In this moment, Dominika turns on the man in the motorcycle helmet and, together with Nate, tries to kill him. He has this big ol' butcher knife, which he uses to make deep slices into Dominika and Nate. Dominika then slices the man's Achilles tendon (right above the back of his heel), which seems like one of the most painful things you can do to a human body. Eventually, she jams a small knife right into the base of his skull.

Holiday Entertainment
From "Spirited" to "The Muppet Christmas Carol," We Ranked 10 Scrooge Movies
by Victoria Edel 10 hours ago