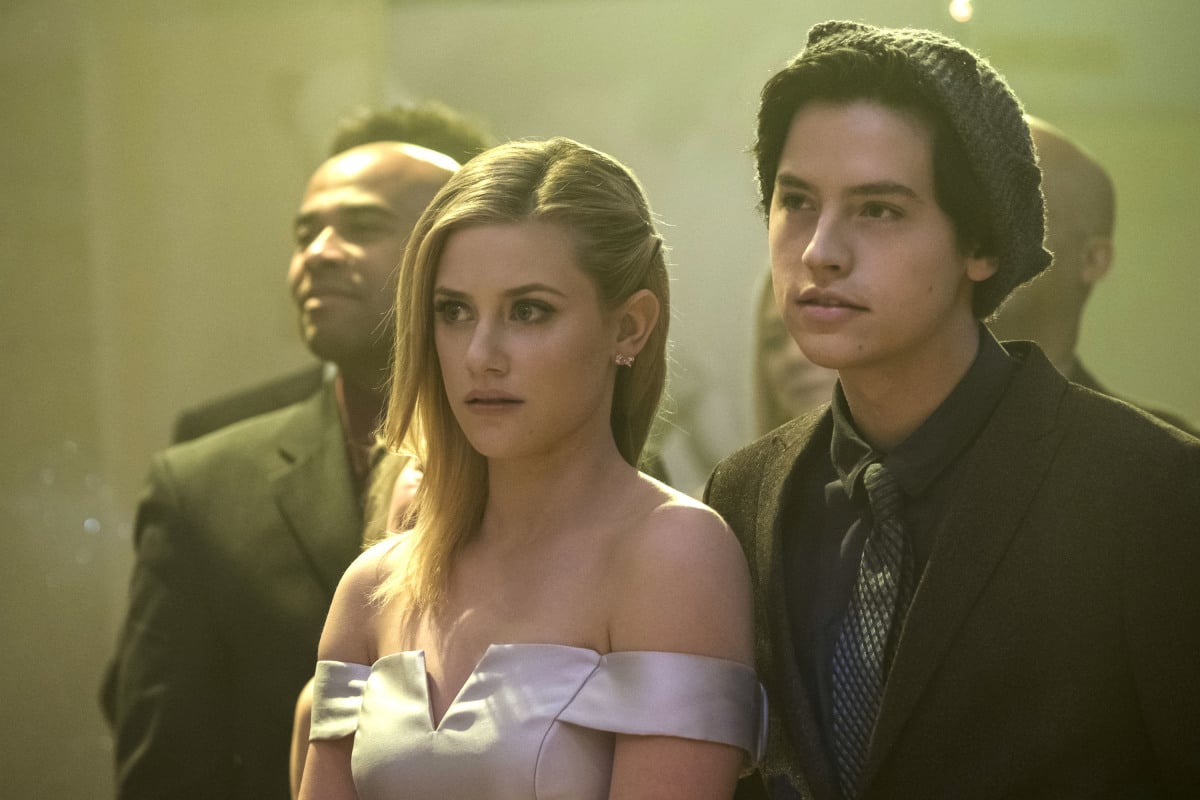 Riverdale season two is quickly approaching and there is bound to be even more darkness along the way — including another possible murder investigation! While the fate of some of our favorite characters (and couples) still hangs by a thread, we are anxious to see what dark turn the series will take this season. See the most crucial details before Riverdale returns on Oct. 11.

1. Polly Will Give Birth

Even though Aguirre-Sacasa didn't want to give too much away about the Blossom-Cooper twins, he did reveal that it would certainly not happen off screen.

2. You'll Be Seeing More of Kevin and FP

You can breath a sigh of relief knowing that Skeet Ulrich (FP Jones) and Casey Cott (Kevin Keller) will have even more screen time. Both of the actors have been upped to season two regulars!

3. Jughead and Betty's Relationship Will Be Tested

Hold onto your seats Bughead shippers, it seems like the couple is in for a rocky road. As Jughead grows closer with the Southside Serpents and follows in FP's footsteps, Aguirre-Sacasa revealed that a "central conflict" between the North and South side of Riverdale will threaten their relationship. NOOO!

4. Jughead Will Be Torn Between Two Worlds

While at Comic-Con, Cole Sprouse opened up about how Jughead isn't in the best headspace in season two. "Jughead is placed in the middle of two worlds that are starting to collide and really erupt. As the season progresses, it's gonna start forcing him to really pick a side, which is a dangerous place for him to be in since he's a morally gray character," Sprouse explained. "That's gonna have huge repercussions for his narrative and his relationships. . . . [Jughead and Betty] get tested. His character is now very much the outsider." It looks like the show is certainly playing on that narrative in the season two poster as his jacket is half jean and half leather, personifying the split between worlds.

Keep your friends close. Your enemies closer. #Riverdale returns Wednesday, October 11 at 8/7c only on The CW. pic.twitter.com/OoYgm8gUyV

5. There Are Some New Faces in Town

After 13 Reasons Why's season two renewal, Ross Butler has left the show as Archie's nemesis, Reggie. Don't worry though, his replacement, Charles Melton, is just as attractive. Plus, Mark Consuelos will play Veronica's dad, Hiram Lodge, and actress Veronica Morgan is on board as Toni Topaz, a bisexual student at South Side High who befriends Jughead.

Speaking of fresh faces, Graham Phillips (The Good Wife) has joined the cast as Veronica's ex, Nick St. Clair. According to Aguirre-Sacasa, Nick "is a wolf in sheep's clothing: a hard-partying Lothario with dark desires and an unchecked sense of privilege." As if that wasn't dramatic enough, he also teased that his arrival will threaten Archie's relationship with Veronica.

7. Sabrina Spellman Could Make an Appearance

While at Comic-Con in July, Aguirre-Sacasa all but confirmed Sabrina's arrival during Riverdale's panel. "I love horror and dreams and jump scares and things like that, so we're always trying to put that in Riverdale. We have been talking about one very prominent supernatural character that exists within the Archie universe," he said, before getting cut off by executive producer Sarah Schechter, who warned him not to say anything else. Perhaps her appearance could serve as a backdoor pilot for The CW's potential new series, The Chilling Adventures of Sabrina.

During a Reddit AMA ("ask me anything"), Cole Sprouse gave a quick tease about what fans can expect from season two saying it was going to be "darker and weirder." Aguirre-Sacasa also told Entertainment Weekly that "there will be a big genre element" next season. "It won't suddenly just be a coming-of-age drama. There will definitely be a very strong, bold genre statement. We're telling, for us, kind of the best version of a murder mystery: Who killed Jason Blossom? So whatever twist in genre element that we add in season two, it's going to be different from that and probably, I think, it's going to make people go, 'They're not really doing that, are they?'"

Aside from that huge cliffhanger during the finale, the show casually dropped a major bombshell about the Cooper family — Alice has a son. Newcomer Hart Denton has been cast as Betty and Polly's older brother, Chic. While not much else is known about his role, he is set to make his debut midway through the season and it is implied that it's Hal's kid, though we have a crazy theory that FP is the dad. We can only imagine what drama this will cause for Betty and Jughead (sharing a sibling often does that to a couple).

10. Jughead's Mom and Sister Could Return to Riverdale

During Comic-Con, Aguirre-Sacasa teased that we could meet Jughead's mom and sister Jellybean during the second half of the season, though they're being especially careful about the casting.

Tatiana Maslany
Tatiana Maslany on Portraying a Female Hulk: "Our Culture Is So Fixated on Women's Bodies"
by Eden Arielle Gordon 7 hours ago