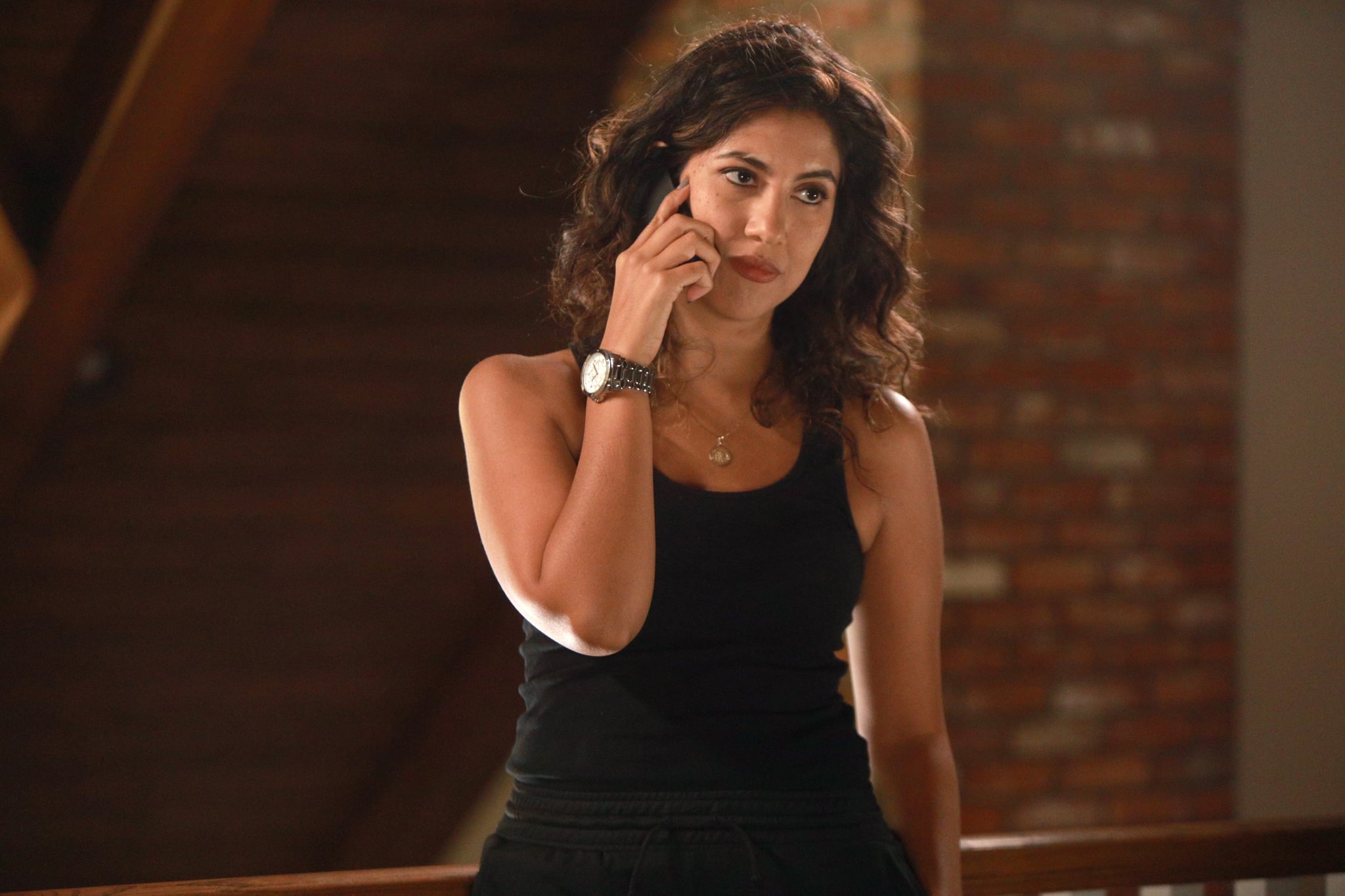 Rosa Diaz (aka Emily Goldfinch, if you're talking to her neighbors) has long been a fan favorite on Brooklyn Nine-Nine. Underneath her tough, standoffish exterior is a lovable heart of gold, much like the rest of the characters on the Fox comedy. But on Tuesday night's episode, which marked the 99th episode of the series, we got a big piece of information regarding the notoriously tight-lipped detective's love life post-Adrian Pimento (Jason Mantzoukas).

During a scene with Boyle (Joe Lo Truglio), Rosa (Stephanie Beatriz) gets a phone call from a woman who can be heard calling her "babe." Although she initially tries to brush it off and say it was her sister on the other end of the line, Boyle immediately realizes it's something more than that. "I'm dating a woman. I'm bi," she tells him.

The scene is incredibly simple and understated, which makes it feel even more important. Not only is it a moment of major character development for Rosa, but it also provides more onscreen representation for the LGBTQ+ community.

"I was so excited about it because as somebody who identifies as bi — queer — I just had nothing like that when I was growing up," Beatriz explained to Variety after the episode aired. "The gay characters I can remember were most often stereotypes. Even a show like Friends, you watch back, and you're like, 'Ooh, I can't believe that's the choice they made.' And as someone who's bi, you have absolutely nothing — no representation at all. And to be able to try to do something like that on our show and have a character come out as bi was really important for me."

Needless to say, Twitter is still pretty emotional about it.

PUT THIS ON MY GRAVE #brooklyn99
pic.twitter.com/lqJ0sWZ2CR

Me: #Brooklyn99 can not get any better. Healthy relationships, no jokes that target marginalized communities, great POC & LGBT+ rep. How can they top that?

Me: It got better.

jake peralta and amy santiago are getting married, the nine-nine loves each other more than anything, and rosa diaz is a canon bisexual #brooklyn99 truly saved 2017 pic.twitter.com/y4I7D5yHxf

Rosa coming out is so important! I am fidbdowkofke #Brooklyn99

rosa diaz is canonically a bisexual woman shes officially lgbt i cant believe this is happening except for that i cAN BELIEVE IT 100% SINCE THE FIRST EPISODE #BROOKLYN99 pic.twitter.com/o7v0OAYfoW

ROSA DIAZ IS BISEXUAL AND SHE SAID IT #brooklyn99 #Brooklyn99th pic.twitter.com/zVcC5jSNh3

YALL WE FOUND OUT ROSA IS BI ON THE BIRTHDAY OF THE BI PRIDE FLAG CAN YOU BELIEVE #Brooklyn99 pic.twitter.com/aBxMlaZDhD

rosa diaz has a girlfriend who calls her babe lovingly and who she wishes she was with right now romantic stylez #brooklyn99 pic.twitter.com/O0ncduRtRB

ROSA ACTUALLY SAID THE WORD "BI" ON PRIMETIME TELEVISION AND SHE'S DATING A WOMAN AND THAT WOMAN CALLS HER "BABE" AND I'M CRYING #Brooklyn99 pic.twitter.com/CqsX8zhjXK

I literally just talked about how Captain Holt is one of my favourite underrated queer characters during a magazine interview I did today and now this?! YAAASSS #BROOKLYN99 YAAASSS!!! https://t.co/Bs9uHAJwpE

There are shows that think quipping 'Hashtag Feminism' serves in place of writing their female characters with actual agency. Then there's #Brooklyn99 which consistently proves to be one of the most progressive, inclusive, diverse & feminist shows around. Long live the Nine-Nine!

yes, Rosa is bisexual and has a girlfriend 👍🏻🙌🏻👏🏻 Holt probably is going to be a commissioner 👏🏻🙌🏻and everyone did everything to help him get to his interview 🙌🏻👏🏻😭 #Brooklyn99 #BrooklynNineNine #Brooklyn99th

Rosa: Now we go back to never talking about my love life again.

The Daily Show
Trevor Noah Leaving "The Daily Show" After 7 Years: "I Feel Like It's Time"
by Monica Sisavat 2 hours ago