We've officially reached the end of RuPaul's Drag Race's ninth season. As the show wraps on another successful cycle of queens, it's time to start from scratch and begin planning a major milestone: season 10. Before we can move forward, though, it's crucial to look back and see how far we've come. Recently, we hopped on the phone for an insightful and illuminating chat with two of the show's original executive producers: Fenton Bailey and Randy Barbato. The energetic duo schooled us on the inception of Drag Race, from its infancy as an idea to the pop-culture phenomenon it has become today. See what they had to say about the "make it work" inaugural season, the power of drag culture, and . . . well, and the fact that the Statue of Liberty is technically a giant drag queen. 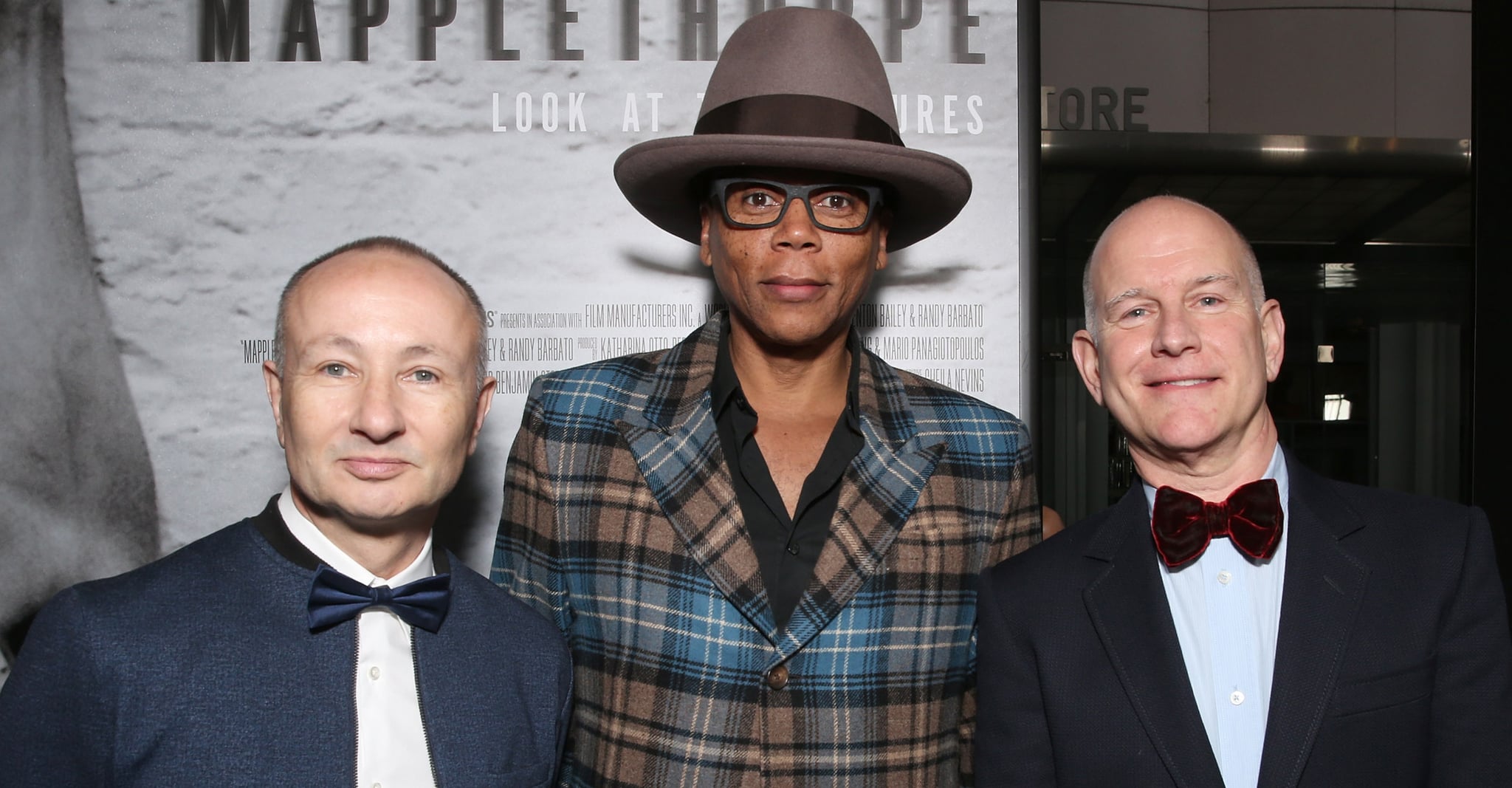 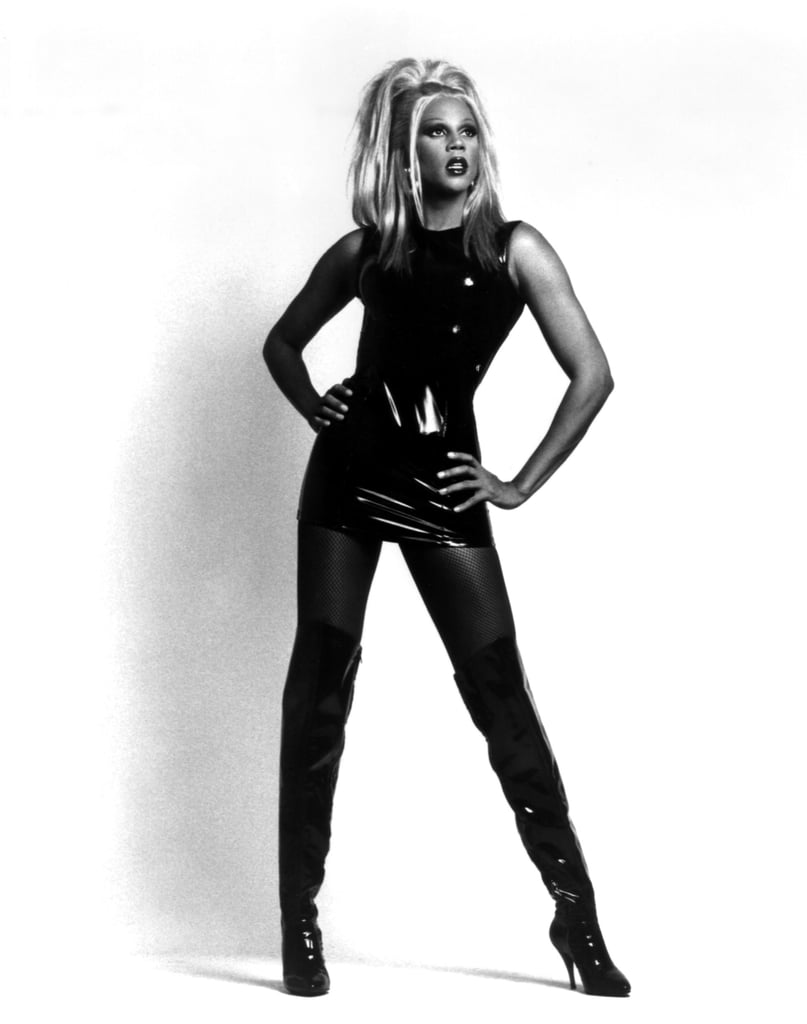 PopSugar: How did this whole thing first start coming together?

Fenton Bailey: Well, Randy and I started World of Wonder, and we started managing [RuPaul] shortly thereafter. We pretty much had the idea for the show around the same time that "Supermodel" came out. We did the video for "Supermodel" and we said, “Wouldn’t it be great if there was a show?" We all felt, with Ru, that there was so much untapped, great drag talent out there. It just deserved a bigger platform. Randy [Barbato] and I were in film school together, and we would go to all the drag shows at the Pyramid Club and in the East Village and we would see the queens and think, “Oh my god, this is amazing work.” We just felt it deserved a wider audience.

Randy Barbato: Then, it sort of floundered for a while. It was an idea that wasn’t completely shaped and formed, and any discussions were kind of dismissed. Then, it was Tom Campbell who said, “No, we should really do this." He helped come up with the specific pitch for what is now RuPaul’s Drag Race. We took it out over 10 years ago, and that was really the second incarnation. It was really Tom Campbell, who works here at World of Wonder and is the creative director. He's the creative voice of RPDR, and he sort of led the campaign to land it.

FB: We pitched it a few times to Logo; they didn’t pick it up immediately.

PS: That’s the most fascinating part. Drag culture has been around for ages, but there’s never been a mainstream platform for it to exist on. Until now.

FB: Drag culture has been around for a long time, but also it has traditionally been perceived as marginalized or looked down upon. Traditionally, it has been thought of as a joke or a goof. What RPDR has successfully done is reminded people or shown people — some for the first time — that drag queens are these phenomenal artists. At this point, 114 of them have come through the doors of this series. People have recognized them as these artists, not just as guys in wigs. They are incredible spirits with amazing humanity. 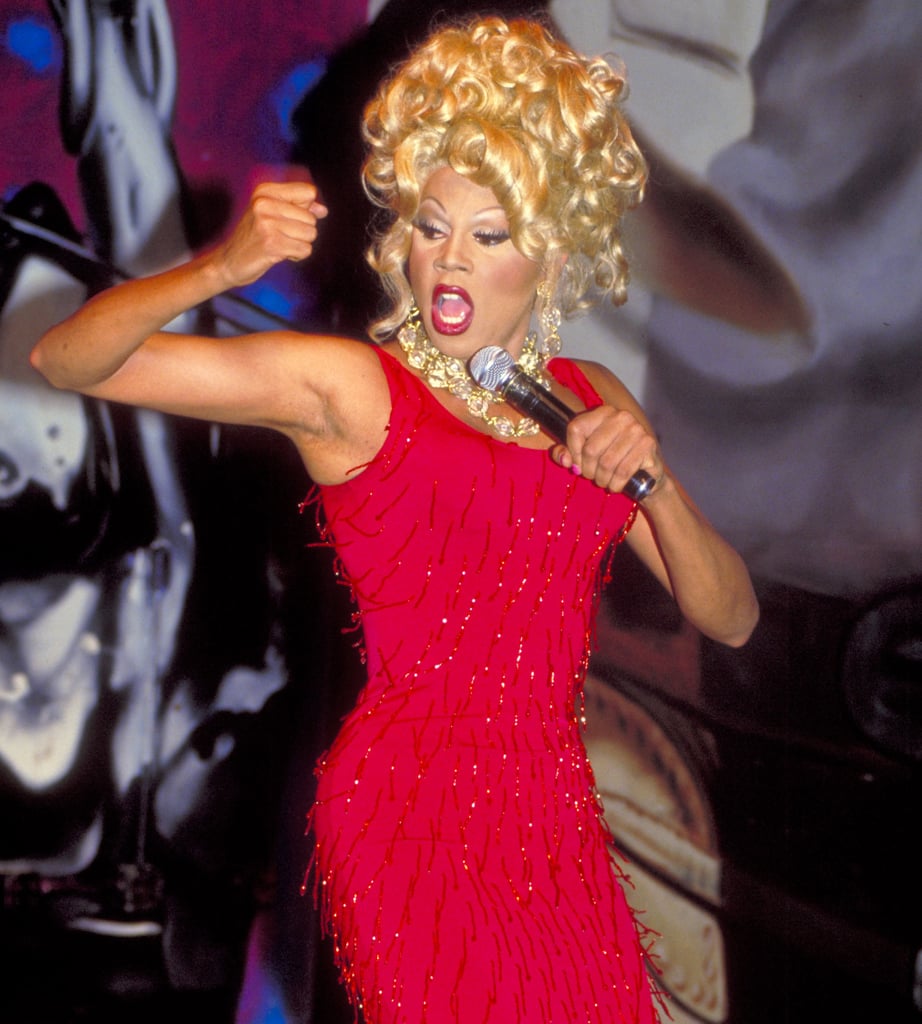 PS: And the show accomplishes two things in that way. One, I think it just brings awareness to the fact that drag is an art form. But I think it also, in a sense, elevates drag culture. You’re issuing these challenges and you’re pushing fashion boundaries and giving queens an opportunity to grow. They find ways to challenge themselves. So I think, in a way, it amplifies it.

RB: It amplifies it, but we also don’t have to do a lot of amplifying. The thing is, from RuPaul to everybody working on the show, we love these queens. We are all huge fans of drag. Fenton was talking about how, long ago, we were like, "Why aren’t more people paying attention to drag queens?!" Fenton and I grew up going to drag bars all the time and thinking the queens we were seeing, from Lady Bunny to RuPaul to Sister Dimension to more East Village queens . . . these are bigger stars than Hollywood stars. Why aren’t people aware of them? We’ve always had that kind of relationship and attitude toward drag.

PS: What was it like putting the first season together?

FB: The one thing we really remember was that we made it with next to nothing, and everything had a lovely glow on it. We found a button on the camera that just gave everything a lovely glow.

RB: It was so thick, that glow, that you could barely see.

FB: Everything was a glow.

RB: The first season was challenging. We knew what we wanted to do, but we didn’t really have the resources, and so we did the best we could. Obviously, the level of production has stepped up, but even back then that first season, even with the lack of resources, the stars were still there . . . it almost didn’t matter. We knew the show would survive.

RB: So even as we were making it, we were just dreaming about next season, when we could actually afford better lighting and afford to bring the level of production up to the level of the talent.

PS: Yeah, I think you could even sense the stark shift in production value just from season one to season two.

"These are bigger stars than Hollywood stars."

PS: And how does that compare to now?

RB: You have to remember, it’s a big production team. Tom Campbell’s at the helm. We have two showrunners: Steven Corfe and Mandy Salangsang. There are people that have grown up working on the show, and so they’re really passionate. It takes a village, people. And this village, they work so hard to outdo themselves. And also at the helm is RuPaul, who people think just shows up for taping, but that’s not the case. He’s here. Just last Friday we had a five-hour casting session with the showrunners. RuPaul was there. Everybody works really hard on delivering great television, because like Ru said, the stars deserve it. We’re just trying to make TV that we personally want to watch. The team will pitch out a great challenge and then Ru will say to the team, "What’s under the hood? What’s this challenge really about?" People are really thoughtful. It’s a really thoughtful production team that works really hard.

PS: It’s deeper than you think it is.

PS: So how do you figure out how to raise the bar every season?

FB: In a way, really, we take our cue from the queens. Drag is a continual act of reinvention, and that’s really what the show is too. We try to reinvent it. The show itself is like a drag queen, and every beginning of every season, we sit down and think, how is this queen going to reinvent itself and dazzle (and bedazzle) the audience for another season, for another turn down the runway? It really is like that. I’m afraid there aren’t any secrets, it’s just like, you’ll know it when you think of it.

RB: A lot of it is just hard work. It’s kind of old-fashioned. Hard work, dedication, passion, all that stuff. I think it’s really important to get in there, whatever you’re doing. I think it’s a phenomenal team. Again, Tom Campbell and RuPaul drive it and ask everybody, is that the best we can do? Why are we doing this? We don’t take for granted how lucky we all are to be working on something so special.

PS: This show has really helped transform the art of drag. It's bringing drag into the spotlight in a way it has never been featured before. People who maybe have never heard of it or never experienced it before suddenly just have it on their television screens. Have you clocked that progression? Was there a moment where you were like, “Wow. We’re really exposing people to this art form"?

FB: People have said to us before, “Aren’t you worried that you’re going to run out of queens?” This season’s contestants grew up watching the first season of Drag Race, so hopefully it’s something that’s inspired potential drag queens to find their inner queens or turn their inner queens into outer queens. To find that passion, I think the thing about drag is, well, what’s not to like? What Drag Race might have done is this: it gave permission to people who might not have otherwise been exposed to it to be exposed to it. And it gave them permission to enjoy it.

RB: I don’t know if there was a moment when we clocked that the exposure had crossed into the mainstream. I think that there’s been this gradual evolution across the board. It had to do with the technology and the interwebs. I think people are more exposed to things in general. I think particularly, the young generation loves the artistry of it, so whatever kind of taboo used to exist, technology has helped make everything acceptable to everyone. The timing has been great for something like Drag Race. It has created a platform for artists that otherwise would have not have that platform.

PS: It’s true! Some of these queens have been living in small towns their whole lives, and suddenly they’re thrust into this space where they can grow and be themselves and express themselves. And that’s magic.

RB: Here’s the other really unique thing about this show: there are no losers on RPDR. There are 114 winners so far, everyone we cast is already a winner, because they’re already these talented artists. One of them will go home with a lot of cash, but the exposure puts [all of] them on the road. These are artists. To commit to this art and lifestyle is a real challenge financially for these kids. So, this show has produced all kinds of stars that go out on the road; it’s like this whole new economy that exists. That’s something that we’re really proud of. Even in our wildest dreams, we never imagined that.

People in the past have said, “Isn’t there going to be a point where queens are overexposed?” I say, no way. There’s no way they’re ever going to be overexposed, because there are so many incredible drag queens who have never been on our show and never will be on our show, but now, because of the show, people are more open and interested in drag in general. So it makes us happy to work on a show where losing is winning, and it makes us happy that so many people get to go to clubs and watch these girls perform.

PS: Do you have hopes about where it all will go from here?

RB: I think that we hope that the show can continue to connect in the way that it does, and I don’t think that we’re greedy in any way. All we want is for the show to continue to be good. I also hope there can be more spin-off shows with all these fabulous superstars that have been on the show, so I hope there’s a drag network one day, and I hope we get to run it.

PS: That would be incredible.

FB: I suppose also at a time when, politically, it feels very much about excluding people and discriminating against people and building walls, the point of a show like Drag Race is to tear down walls and to open people’s minds and hearts. I hope we can continue doing that because there’s a real need for that given the political climate . . . We’re also really excited about DragCon NY in the Fall! We’ve talked about building DragCon LA, this is the third one, so we’re really excited about launching DragCon NY. It gives us a way to really bring the experience to new people. We’re excited about that.

PS: What’s gone into planning this first year on the East Coast?