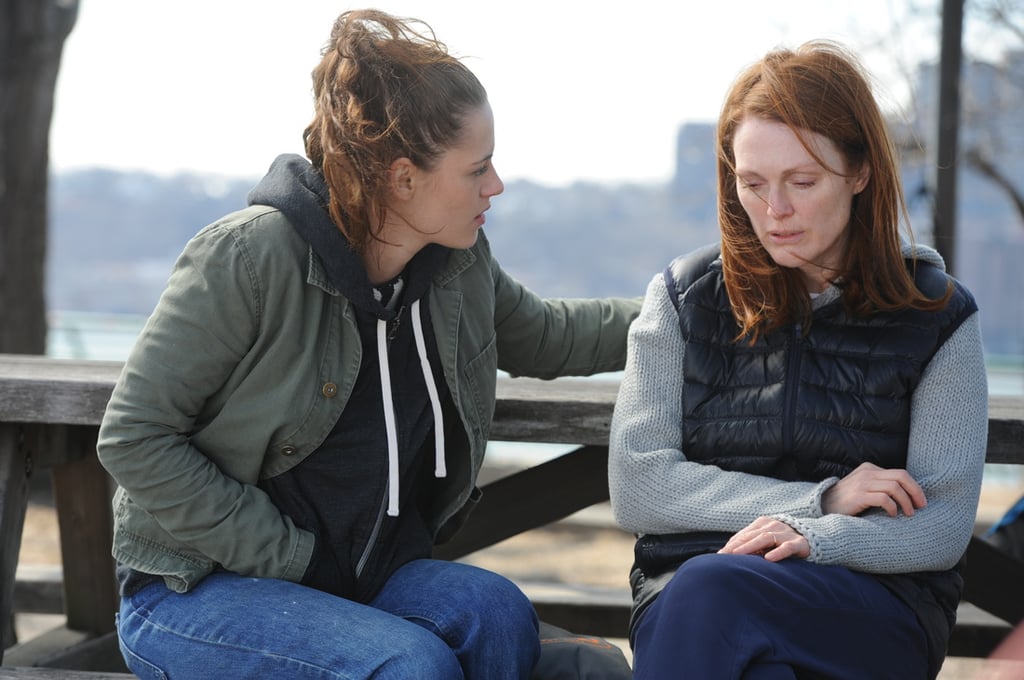 Julianne Moore has had Oscar buzz for the film Still Alice since it debuted at film festivals earlier this year, and after you watch the trailer, you'll see why. The actress plays Alice, a professor, mother, and wife who discovers she's suffering from early onset Alzheimer's. As she starts to lose her grip on her memory and her career, she grips at what she can, making time for her family, which includes Alec Baldwin as her husband and Kristen Stewart and Kate Bosworth as her kids. Just the preview in and of itself is a tearjerker, and we're betting that Oscar nomination is going to come true. The movie is in limited release this month and will open wide in January.