That little Enzo secret created on last week's episode of The Vampire Diaries doesn't stay a secret for long, on account of Enzo now being a cantankerous ghost who not only wants to disturb the living dead, but also wants them dead-dead. The travelers are getting closer to their goal of settling in Mystic Falls, propelling our little group to spend a weekend away, while Tyler and his body are held hostage by a traveler. Ready to mine the episode for all the good, the bad, and the bloody? Let's get to it! 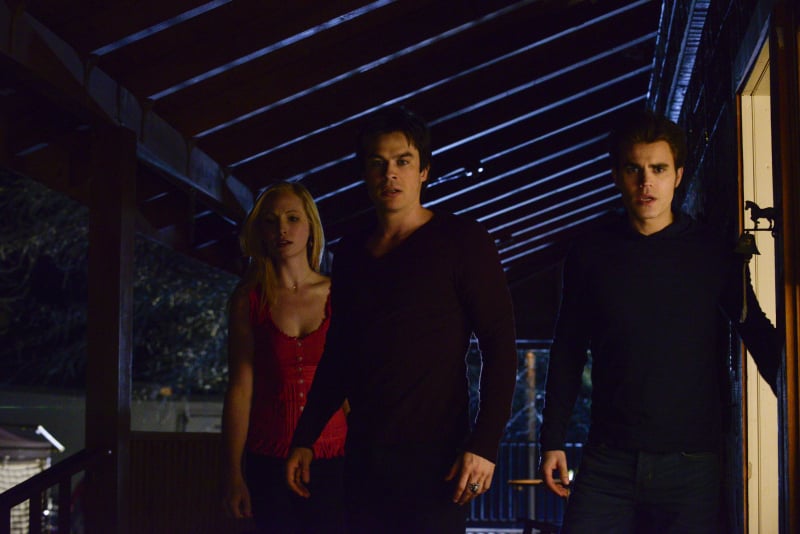