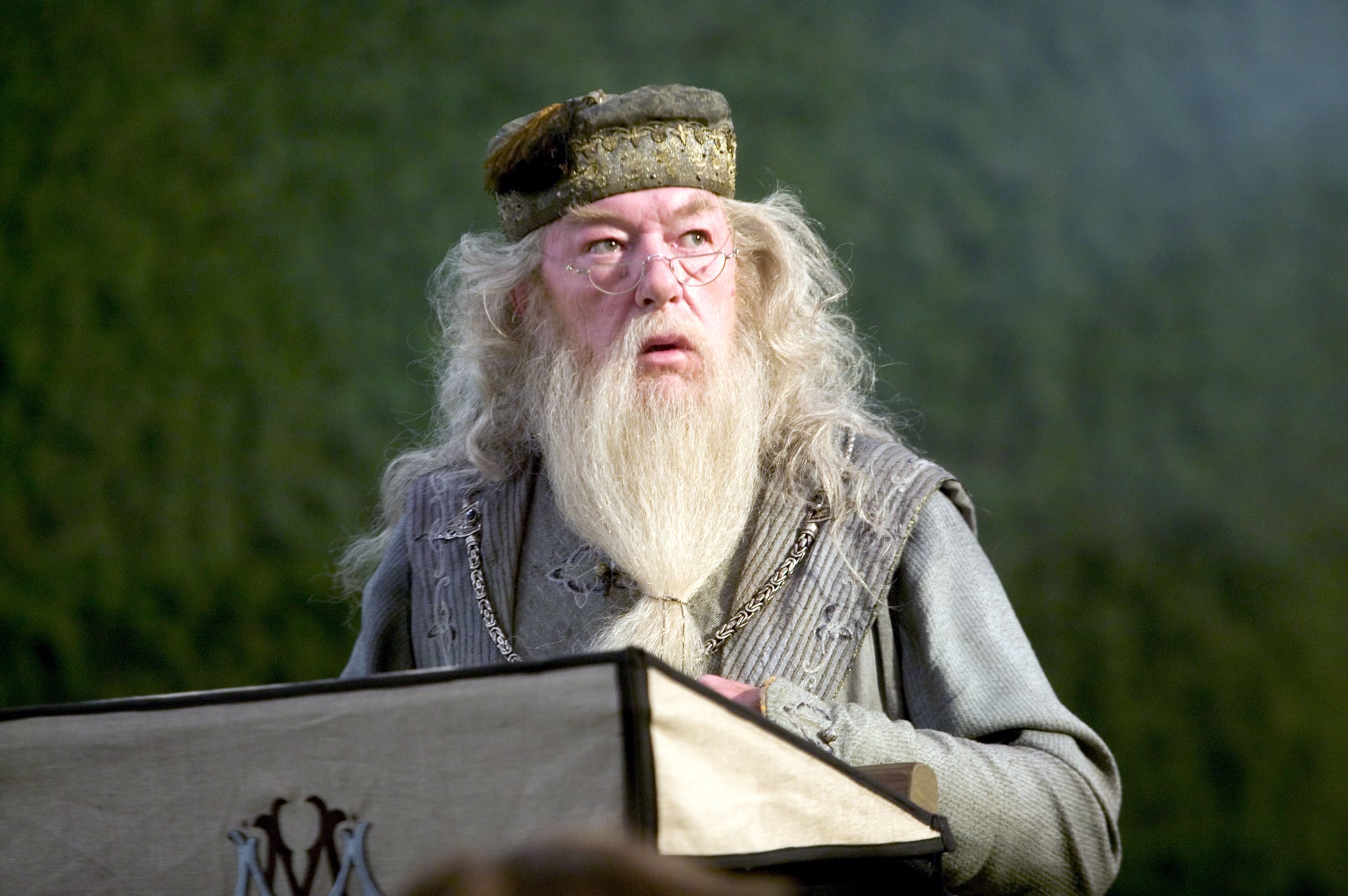 Warning: Big spoilers for Fantastic Beasts: The Crimes of Grindelwald ahead!

The complicated thing about the Fantastic Beasts franchise is that it really fills in the blanks of the Wizarding World's history. Oftentimes, that means we're getting introduced to things that don't get a single mention in the original Harry Potter book series. Take, for instance, the Dumbledore family, which experiences a strange expansion in Fantastic Beasts: The Crimes of Grindelwald. At the end of the film, we find out Creedence is actually a member of the door family: his name is Aurelius. While this is an entirely new character hitherto unheard of in the Harry Potter world, we do hear about one member of the family that definitely rings a bell: Ariana Dumbledore, Albus's ill-fated sister. Did you forget about her tragic story? That's what we're here for. The biography is available on Pottermore, but we're pulling out top highlights.

Though Ariana only gets a small mention in The Crimes of Grindelwald, she's actually a significant component of the relationship between Albus and Gellert. We learn the entire backstory during the seventh book in the series: Harry Potter and the Deathly Hallows. The first part of her tragic tale largely comes from Aberforth, the curmudgeonly bartender at the Hog's Head Pub who is actually Albus's brother. In the book, he reveals Ariana was attacked by brutish boys at a very young age:

"When my sister was six years old, she was attacked, set upon, by three Muggle boys. They'd seen her doing magic, spying through the back garden hedge: she was a kid, she couldn't control it, no witch or wizard can at that age. What they saw scared them, I expect. They forced their way through the hedge, and when she couldn't show them the trick, they got a bit carried away trying to stop the little freak doing it."

Aberforth goes on to describe how scarred she was by the experience. She wouldn't use magic after that, but the magic wouldn't go away. So she turned it inward and eventually drove herself crazy; it would explode out of her in times of age and distress, and she couldn't contain it. That's really just the beginning of her tragedies. The patriarch of the family, Percival, attacked the boys who did the deed and landed in Azkaban. Once Dumbledore and Aberforth headed to school, their mother Kendra was left to tend to Ariana. The family moved from Mould-On-The-Wold to Godric's Hollow. Kendra wouldn't let Ariana out of the house unless it was the dead of night. Albus and Aberforth told their classmates she was too weak to attend school. 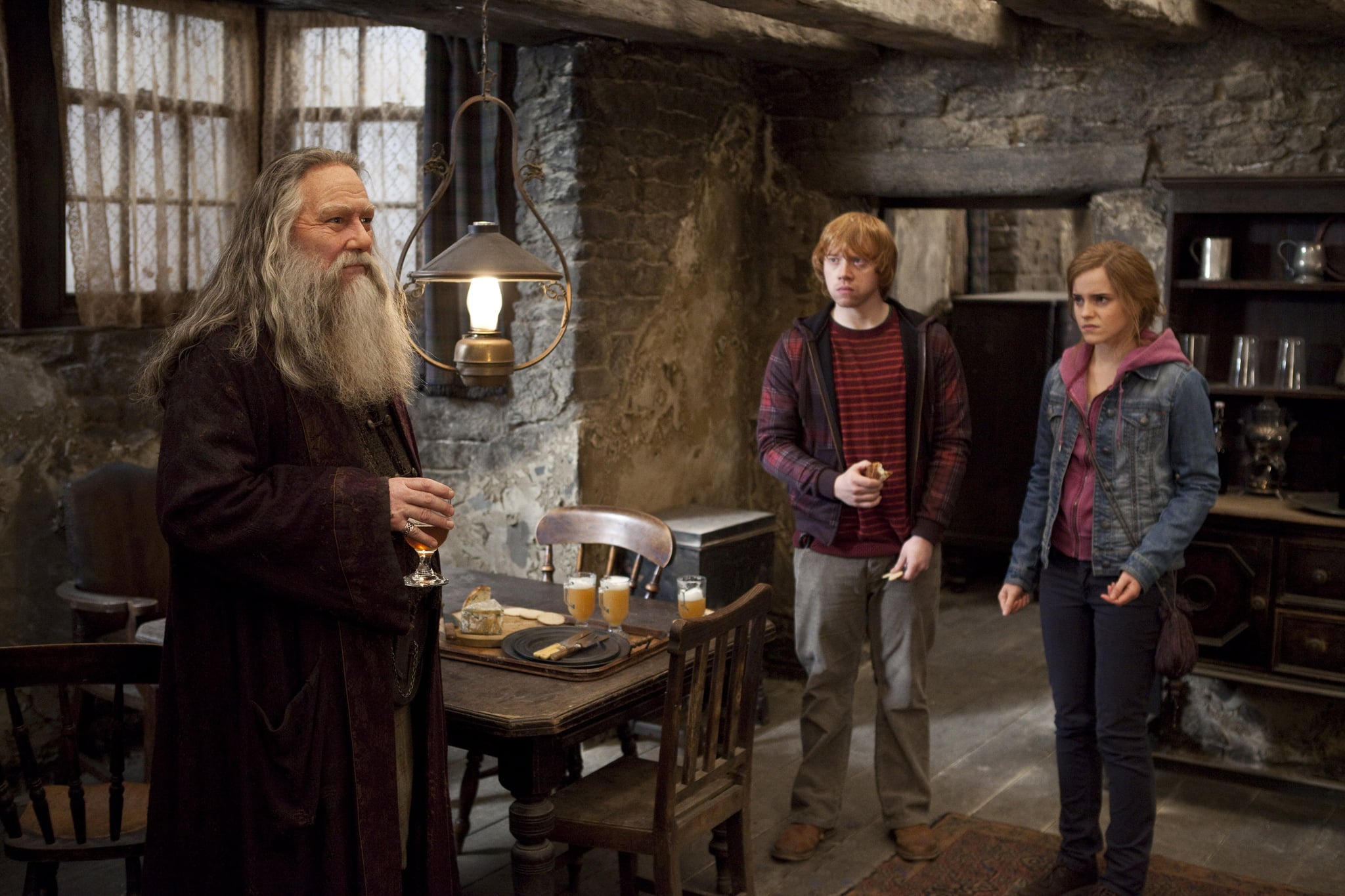 When she just 14 years old, Ariana went into a horrible rage; her magical outburst in that moment killed her mother. Albus, who had just graduated and planned a trip around the world, was forced to surrender his life and live at home with Ariana. "When my mother died, and I was left the responsibility of a damaged sister and a wayward brother, I returned to my village in anger and bitterness," Dumbledore tells Harry in The Deathly Hallows. "Trapped and wasted, I thought! And then, of course, he came." Here's where everything adds up. "He" is of course the young Gellert Grindelwald, who had arrived in Godric's Hollow for a Summer with his great aunt, Bathilda Bagshot. The two became very close and spent every waking moment together, thus leaving Ariana neglected and alone.

It all boils down to a big duel. Aberforth confronted Albus and Gellert about the situation, and a fight exploded between the three of them. Gellert used the Cruciatus Curse on Aberforth, and then it was all-out chaos. Ariana panicked, and her magic spilled out of her. Aberforth suggests she was trying to help, but she quickly lost control. From the way Albus recounts it, we're meant to assume Gellert hit her with a death curse. "Grindelwald lost control. That which I had always sensed in him, though I pretended not to, now sprang into terrible being. And Ariana . . . after all my mother's care and caution . . . lay dead upon the floor."

All this explains why Ariana is so important, even though she's been long dead by the time the events of Fantastic Beasts begin. That battle, and her consequent death, must be the reason Albus and Gellert were driven apart. And it's also the reason Albus and Aberforth's relationship was never quite the same. As for the way Aurelius factors in to all that? Guess we'll have to wait until the third movie to figure that one out. Or even longer.

Books
Obsessed With HBO's "The Time Traveler's Wife"? Here's What Happens In the Book
by Megan Hippler 15 hours ago