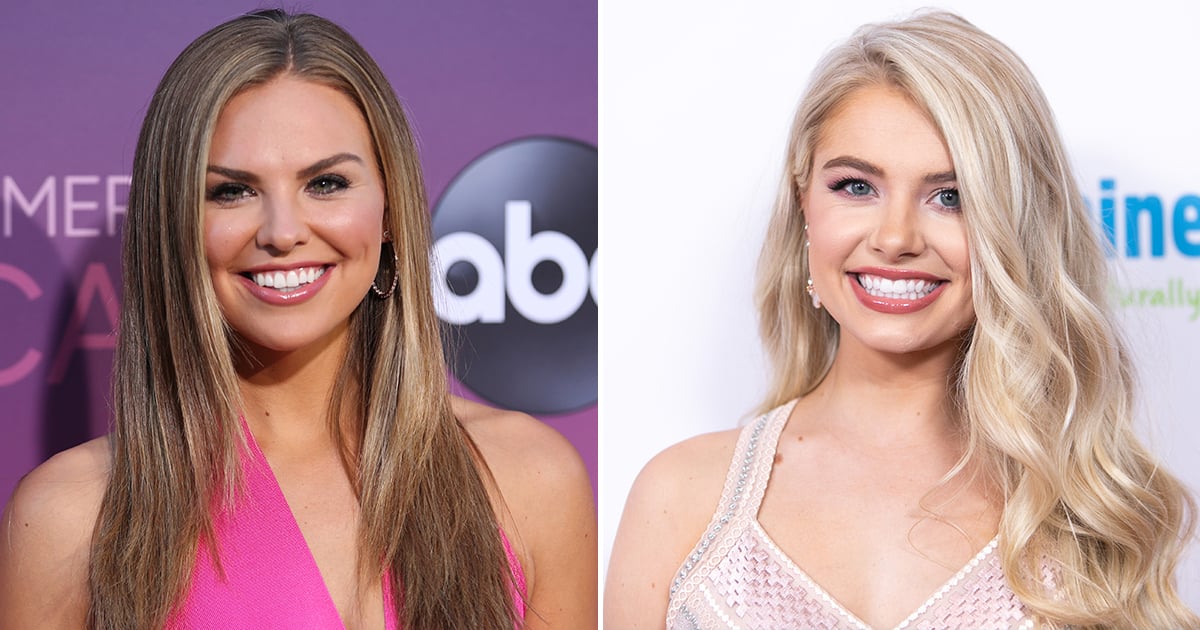 As if the drama on Bachelor in Paradise wasn't reaching its peak on the island, show alum Tanner Tolbert is creating even more on social media. The former contestant posted a now-deleted tweet that compared Demi Burnett's dating situation to Jed Wyatt's fiasco from Hannah Brown's season of The Bachelorette, which started a vicious back-and-forth between him and Demi on Twitter. Now, Hannah has stepped in to defend her friend and set a few things straight.

Tanner kicked off the drama on Aug. 13, tweeting, "So it's okay for Demi to have a relationship back home... but not for Jed? Got it..." He claimed that he was tired of contestants "pre-planning these relationships" and called out Demi for ousting Scott from the first night of Hannah's season.

Obviously, the comments didn't sit well with Demi, who just revealed her sexuality and relationship with another woman to Derek Peth on air. Responding to a tweet from Us Weekly about Tanner's comment, Demi hit back, writing, "Oh f*ck off, not the same at all. Maybe I can teach you a thing or two about going down on your wife."

"I love watching you on TV and wish you nothing but happiness. But don't throw stones if you live in a glass house," Tanner replied, ignoring the fact that he was the one to start all the drama.

There was NO PLAN. You are speaking on something you HEARD about as if it is a fact. I was 100% honest and upfront the entire time. You are a grown ass man tweeting about rumors

To be fair to Demi, the two situations in question are completely different. Both Jed and Scott went into The Bachelorette under shady circumstances; Scott came to the mansion days after he had just been with another woman. Meanwhile, Jed went in with the intention of furthering his career and left his girlfriend with the belief that their relationship would pick back up when he was done. Jed waited to admit the truth to Hannah until she confronted him and his ex-girlfriend went public with the details.

On the other hand, Demi is in an open relationship with her girlfriend. Even though she did wait a few episodes to tell Derek about her girlfriend, she didn't wait until it was too late for him to invest his time and affection in someone else. In fact, comparing relationships from the two shows doesn't even make sense since they have different premises. The Bachelorette is about men coming to devote all their love and attention to one woman, while BIP is about exploring different relationships until you find someone you click with. Not to mention, most of the time the contestants have multiple love interests while on the island!

Hannah obviously felt the same way and took the time to address Tanner's comment on Aug. 14. "One is my best friend, one is my ex-fiancé. I can tell you first hand, not the same," Hannah tweeted. Since she's close to both Demi and Jed, she would definitely know the difference behind their intentions and understand how Tanner's comment is an oversimplification of Demi's situation.

one is my best friend, one is my ex-fiancé....I can tell you first hand, not the same. https://t.co/oCIoz850HD

As for any accusations of preplanned relationships, we can't comment on the validity of that, especially considering how Hannah Godwin and Blake Horstmann have openly admitted to meeting up before they came to BIP. Obviously, lines can get a little blurred with reality TV, but either way, we'd prefer for our BIP drama to stay on the island, where it belongs.