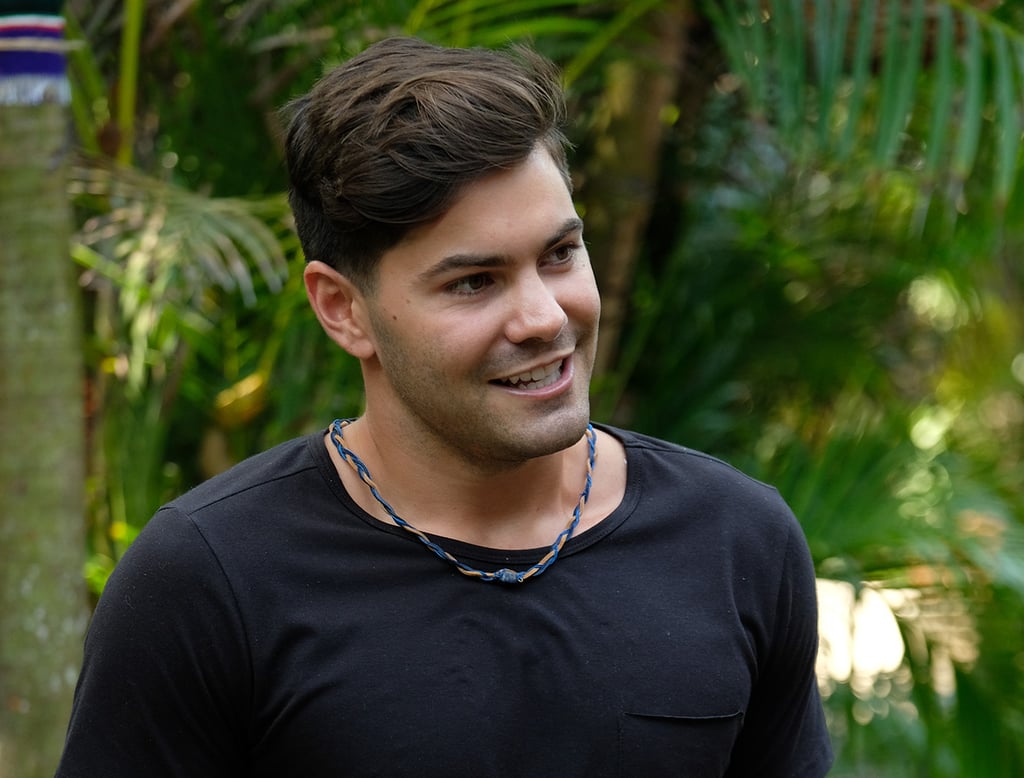 Bachelor in Paradise's Dylan Is a Wholesome Treasure, and We Must Protect Him at ALL Costs

Y'all, we really slept on Dylan Barbour. After slipping under the radar and not receiving the screen time he deserved on Hannah Brown's season of The Bachelorette, the 25-year-old California native is getting another shot at love on Bachelor in Paradise, and we're definitely ready for him to soak up the spotlight.

As Dylan descended the steps to greet Chris Harrison at the Playa Escondida Resort in Mexico, he looked fine as hell and exuded BSE (Big Sweetheart Energy — aka the slightly less confident yet far nicer, could-definitely-bring-home-to-mom alternative to Big D*ck Energy). During Bachelor in Paradise's season six premiere, Dylan made it known that he's only interested in getting to know Hannah Godwin, the blonde bombshell from Colton Underwood's season of The Bachelor. At one point, he even mustered the courage to reveal his crush on Hannah and suppressed his incessant smiling and nervousness just long enough to plant an adorable smooch on her. Aww!

Judging by trailers for the rest of the season, it looks like Dylan may encounter some drama and tears as he fights to win over Hannah, and Bachelor Nation is fully ready to protect him at all costs. Ahead, read through impassioned fan tweets about Dylan's pure, wholesome nature, and you'll certainly start shipping him and Hannah. Perhaps he could give Blake Horstmann some pointers on how to be a certified nice guy?

Related:
If Bachelor in Paradise Starts Right After The Bachelorette, When Do They Even Film It?
Previous Next Start Slideshow
Bachelor In ParadiseTVTwitter Reactions

STARZ
Hungry For More Power? You're in Luck — a Third Season of the Ghost Spinoff Is on the Way
by Njera Perkins 6 hours ago

TV
No Surprise, The Sex Lives of College Girls Is Coming Back For a Second Season
by Njera Perkins 7 hours ago

Tom Holland
Tom Holland Roasts Brother After His "Brutal" Fight Scene in Spider-Man: No Way Home Was Cut
by Naledi Ushe 10 hours ago