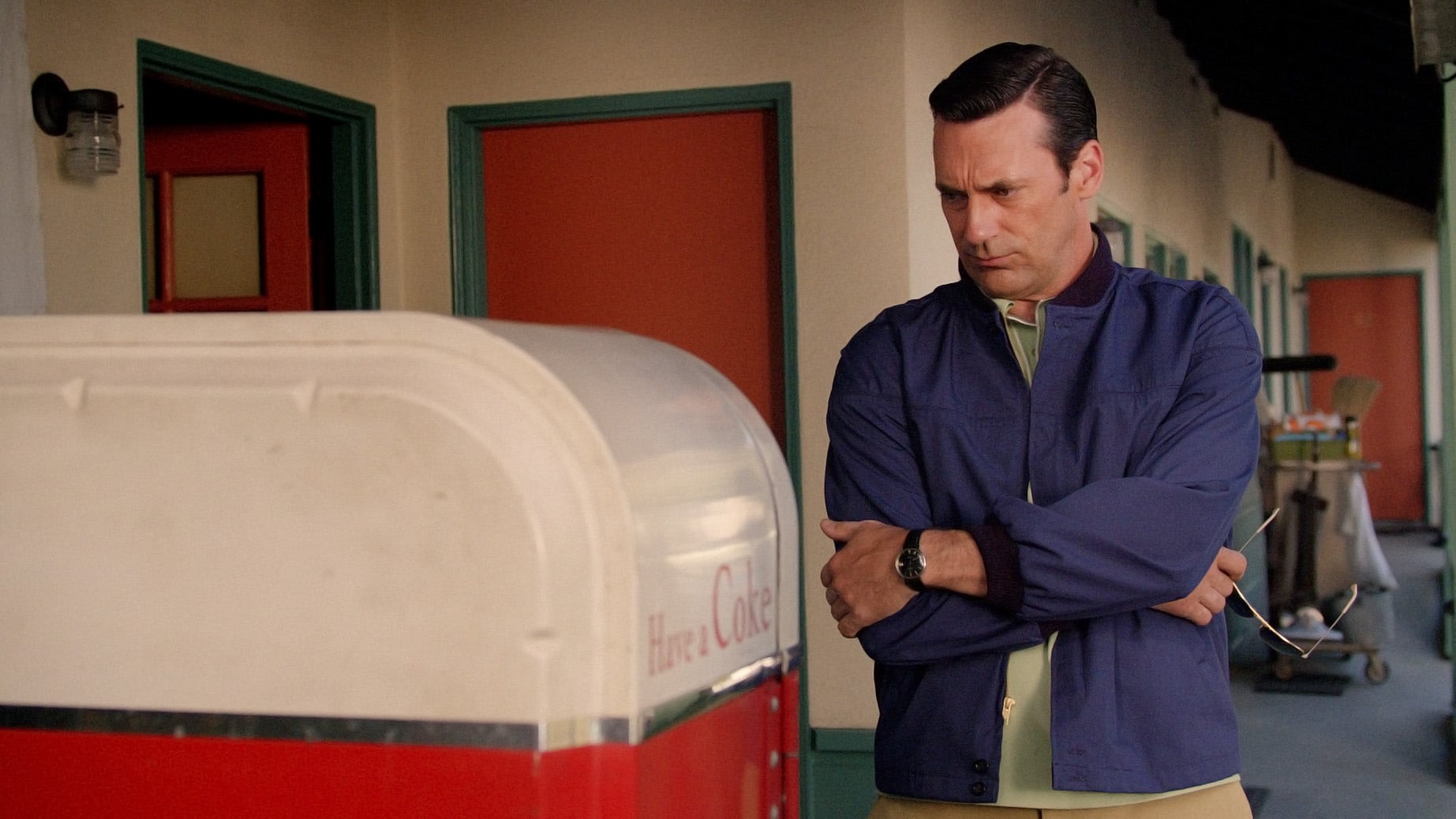 Mad Men ended after seven seasons on Sunday with one final scene to analyze. As always, it comes down to Don Draper. To summarize his story in the finale: Don accompanies his niece, Stephanie (technically the real Don Draper's niece), to a retreat in California, where he initially doesn't click with people. After an emotional episode, she leaves him stranded there to fend for himself. He calls Peggy, succinctly confesses everything he's done wrong ("I broke all my vows, I scandalized my child, I took another man's name, and I made nothing of it"), and breaks down. Later, he is moved to tears while hugging a man who has just described a very lonesome dream. Finally, the last time we see Don, he's sitting on a grassy cliff with the rest of the retreat-goers, and he's "ommm"-ing. He smiles. Don Draper actually smiles. Then this plays:

Not just the song, the actual video. It's a famous Coca-Cola commercial from 1971 titled "Hilltop." It's a message of love, hope, and acceptance — basically everything Don hasn't been able to find in his life . . . until now. He has freed himself of the chains of his past by telling Peggy, the one person in his life who he has truly thought of as a friend, about his sins. It doesn't matter that she doesn't believe him — it just matters that he was honest.

You may have noticed a thread of Coke references in the past three episodes. Don leaves McCann-Erickson after being offered the Coca-Cola account, then in the penultimate episode, the motel owner asks him to fix their Coke machine. In each occurrence, Don is being asked to help with something, to fix it, to make it better. In this last episode, he doesn't need to do anything. He can finally just be at one with himself, feeling genuine happiness.

I'd like to think the commercial means that he's finally found true peace and that he stays in California to live out his life. However, it could also mean that he goes back to McCann-Erickson and uses his experience at the retreat to inspire that commercial, one of the most iconic ads of the '70s. Does the ad become his swan song, or is it just meant to symbolize his state of mind? Has this whole series just been a gigantic Coke commercial? We'll never know . . . until series creator Matthew Weiner (hopefully) explains everything.