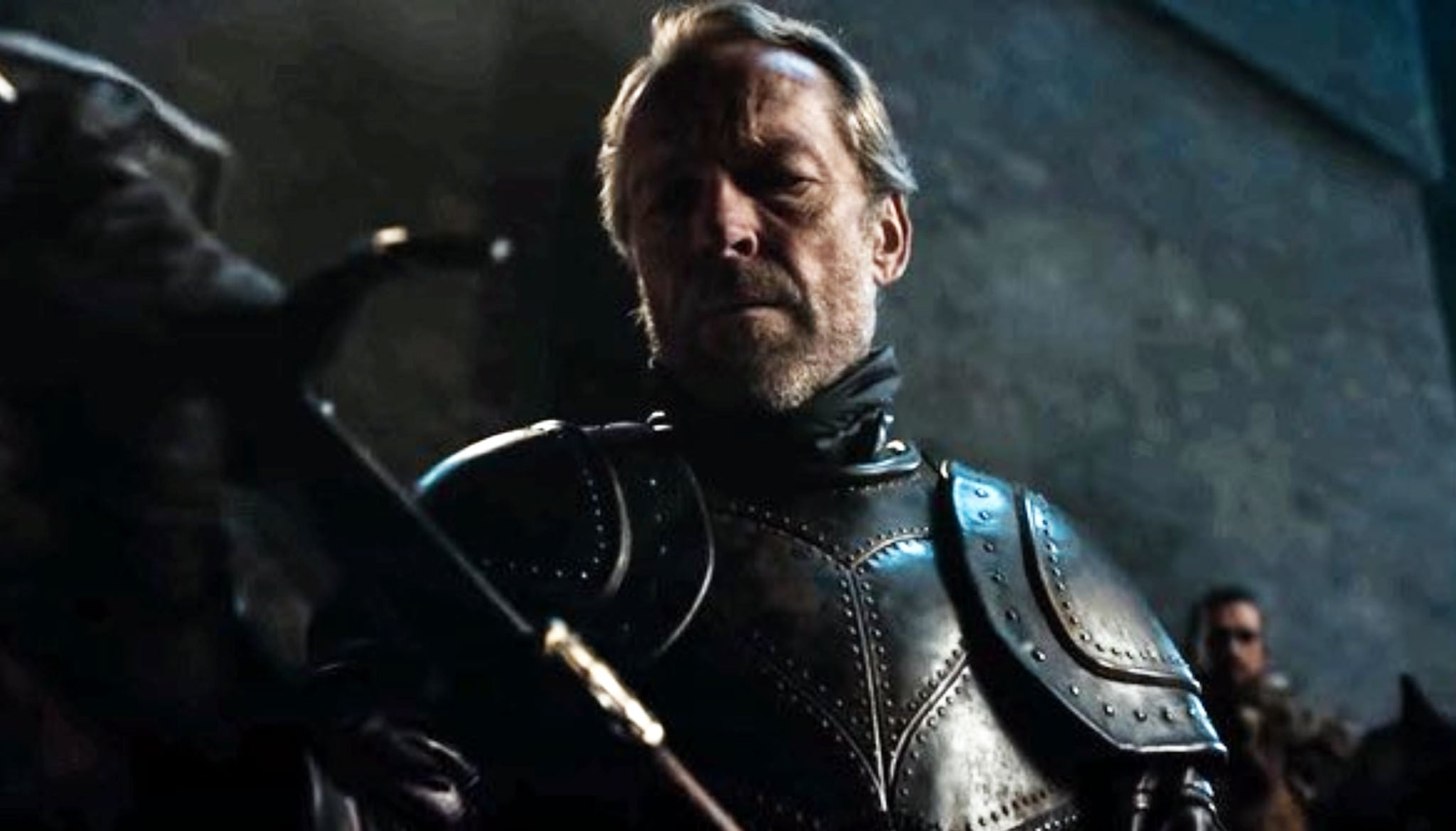 Warning: Spoilers for Game of Thrones below! Proceed with caution.

When Samwell Tarly gifts Jorah Mormont with a special piece of weaponry in the latest episode of Game of Thrones, titled "A Knight of the Seven Kingdoms," it's far more than a simple act of generosity — it's a particularly meaningful, full-circle moment for the formerly disgraced son of House Mormont.

To remind any of you who 1.) didn't read the books, or 2.) read the books and watched the show, but can't remember what happened early on in either (no judgment — it's been a while, people) Jorah had quite the checkered past before he crossed paths with Daenerys Targaryen. The shameful decisions he made years earlier that resulted in his exile are actually why receiving the Valyrian steel sword from Sam made for such a heartfelt scene. Need a refresher on what went down? Let's dive in.

Why Was Jorah Exiled From House Mormont?

He is the son of the late Jeor Mormont of House Mormont, who are the Lords of Bear Island and vassals of House Stark (yes, he and little badass Lyanna Mormont are related). Jorah made a name for himself early on in his career, participating in the Siege of Pyke during the Greyjoy Rebellion, which is what earned him a position as a knight from then-King Robert Baratheon.

Unfortunately, his good reputation didn't last after marrying Lynesse Hightower, who had very expensive tastes that Jorah struggled to find a way to fund. To please his wife, Jorah resorted to engaging in slavery, despite it being illegal in Westeros. He ended up getting caught and was promptly stripped of his Lordship, leaving both him and his father disgraced.

While Jorah fled to the Free Cities to avoid being executed by Ned Stark, his father ended up abandoning Bear Island to voluntarily join the Night's Watch. It's there that Jeor becomes the Lord Commander, or leader, of the Night's Watch, as we see during the show's first three seasons. He ends up viewing new Night's Watch member Jon Snow as a surrogate son, to the point that he bestows upon him House Mormont's ancestral Valyrian steel sword, Longclaw (he has the bear on the hilt replaced with a wolf as a nod to House Stark).

If Jorah hadn't brought shame to his house, then all of his father's titles, as well as Longclaw, would've been his. Obviously that's not how things shook out for him. As we know now, he served as a mercenary for the Golden Company, his wife left him, and he begins spying on Daenerys for Varys and King's Landing, before he grows to respect her (and love her) and serves her in earnest.

Related:
Not Only Did Sam Kill a White Walker on Game of Thrones, It Was a HUGE Deal

What's So Important About the Sword Sam Gives Jorah in Season 8?

In season six, Sam ditches the Night's Watch and journeys back to House Tarly with Gilly in tow. His father, Randyll Tarly, isn't pleased — after dismissing Gilly as a "wildling whore" and laughing at Sam's tales of White Walkers, he declares that he'll never let Sam inherit either House Tarly or the family's Valyrian steel sword, which has the name Heartsbane. So, on his way out of town, Sam steals it as a nice little "f*ck you" to his dear old dad. Bravo, Sam. (It's not like Randyll was around for too long to worry about the missing sword, anyway.)

With the Battle of Winterfell nearly upon our heroes, Sam has to make the tough decision to fight outside the castle walls or to protect Gilly and little Sam in the crypts. He seems to choose the latter when he interrupts Jorah having a brief family reunion with Lady Lyanna Mormont. With Heartsbane in his arms, Sam goes on to explain that it's his family sword and that he'd "love to defend them with it," but he "can't really hold it upright."

"Your father taught me how to be a man, how to do what's right," Sam tells Jorah. "This is right. It's Valyrian steel. I'd be honored if you take it."

Jorah solemnly accepts, unsheathing the sword and saying that he'll wield Heartsbane in the memory of Jeor. It might not be House Mormont's ancestral sword, but it's significant all the same that Jorah receives one on the eve of what might be his last day on earth.

Editor's Note: This article has been updated to reflect that Sam was speaking about Jorah's father, Jeor, rather than his own father, Randyll.