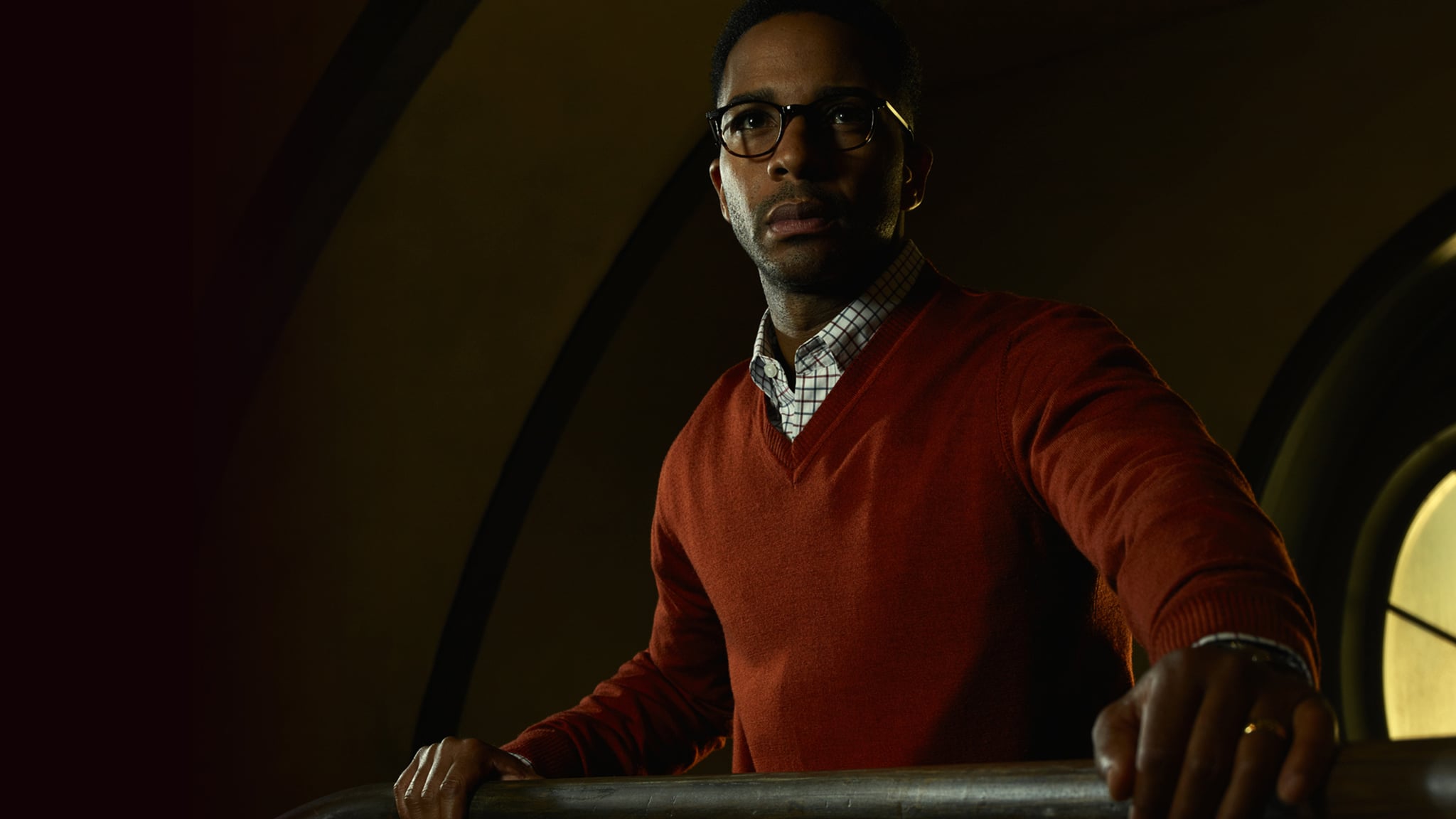 This week, American Horror Story confirmed what we long suspected: My Roanoke Nightmare is just the beginning of the terror. The season's sixth episode finally unleashed the epic plot twist that had been teased for weeks. After breaking the fourth wall and subtly hinting at Cheyenne Jackson's character, we learned that the next part of the show will focus on the aftermath of My Roanoke Nightmare and the planned sequel, called Return to Roanoke: Three Days in Hell. Let's break it down.

So, basically, in the "reality" of the American Horror Story universe, My Roanoke Nightmare was a raging success. The show earned tons of accolades, millions and millions of viewers, a huge social media following, and, of course, a new season. Jackson's character, a producer named Sidney, has a brilliant idea: take everyone, including the real people and the actors who played them, and put them back in the Roanoke house . . . during the Blood Moon.

It's crazy to see everyone out of character. Kathy Bates's character, an actress named Agnes, is obsessed with the Butcher in real life. Sarah Paulson's character, Audrey, is actually British. Evan Peters plays Rory, who's married to Paulson's Audrey. The real Matt and Shelby have broken up, because Shelby slept with, get this, Cuba Gooding Jr.'s character Dominic, who plays Matt in the reenactment. Don't worry, if you're getting a headache, it's totally normal.

And then, there's the icing on the cake, the twist upon the twist. Of course, the Roanoke house really is plagued by spirits. In "Chapter 6" alone, we see those demented nurses, the burnt corpse of Mason, and the Pig Man. A black screen suddenly reveals the fate of the real-life people: everyone dies a mysterious death, except for one as-of-yet-unnamed character. By the end of the episode, Rory is dead, and the murderous nurses have found the "R" to spell out "MURDER." So, there you have it! Everyone's doomed! We can't even begin to imagine what the next few weeks will hold.