When it comes to American Horror Story: Roanoke, there's still a lot of confusion bouncing around in our heads. Where is this Roanoke thing going? Are we even getting the full story? While the season on the whole is cloaked in mystery, there's one aspect that's already crystal clear: the story behind those creepy ghost nurses that seem to haunt this tortured couple's home. That's not the scary part, though. The scary part is that the deadly duo is very obviously inspired by two real-life women with the same favorite word. If you thought the true story of the Lost Colony was chilling, you ain't seen nothin' yet.

According to the video that "Shelby" and "Matt" watch, Miranda and Bridget Jane were two sisters who spent every waking moment together. They worked as nurses in an assisted living facility in 1988, in Rochester, NY. During their time there, two patients died of mysterious, unknown causes, and the Jane sisters were prime suspects. They left the job before any charges could be brought against them, and that's when they opened an assisted living facility of their own.

They took up residence at a large house in North Carolina. Of course, it's the same house that "Shelby" and "Matt" are currently living in. The sisters had very specific criteria: they wanted families who were tired of taking care of their elderly relatives, and they wanted names with very specific first letters. Their intention? To spell out their "favorite word."

The sisters killed a total of five patients in rather gruesome ways; we witness the death of Roger, who chokes to death on his own soiled adult diaper. The sisters kill Eunice with rat poison. And then, of course, there's Margaret, who takes a bullet to the brain. The cops investigated the facility in 1989 to discover that the sister nurses had completely vanished. On the wall was their unfinished word: "M-U-R-D-E." The narrator of the video posits that something took them before they could finish their work. And seeing as they still exist in the house as sinister apparitions, he's probably right. This could also mean they're still looking for their "R" candidate.

Now that we have the AHS version squared away, what's the real story? 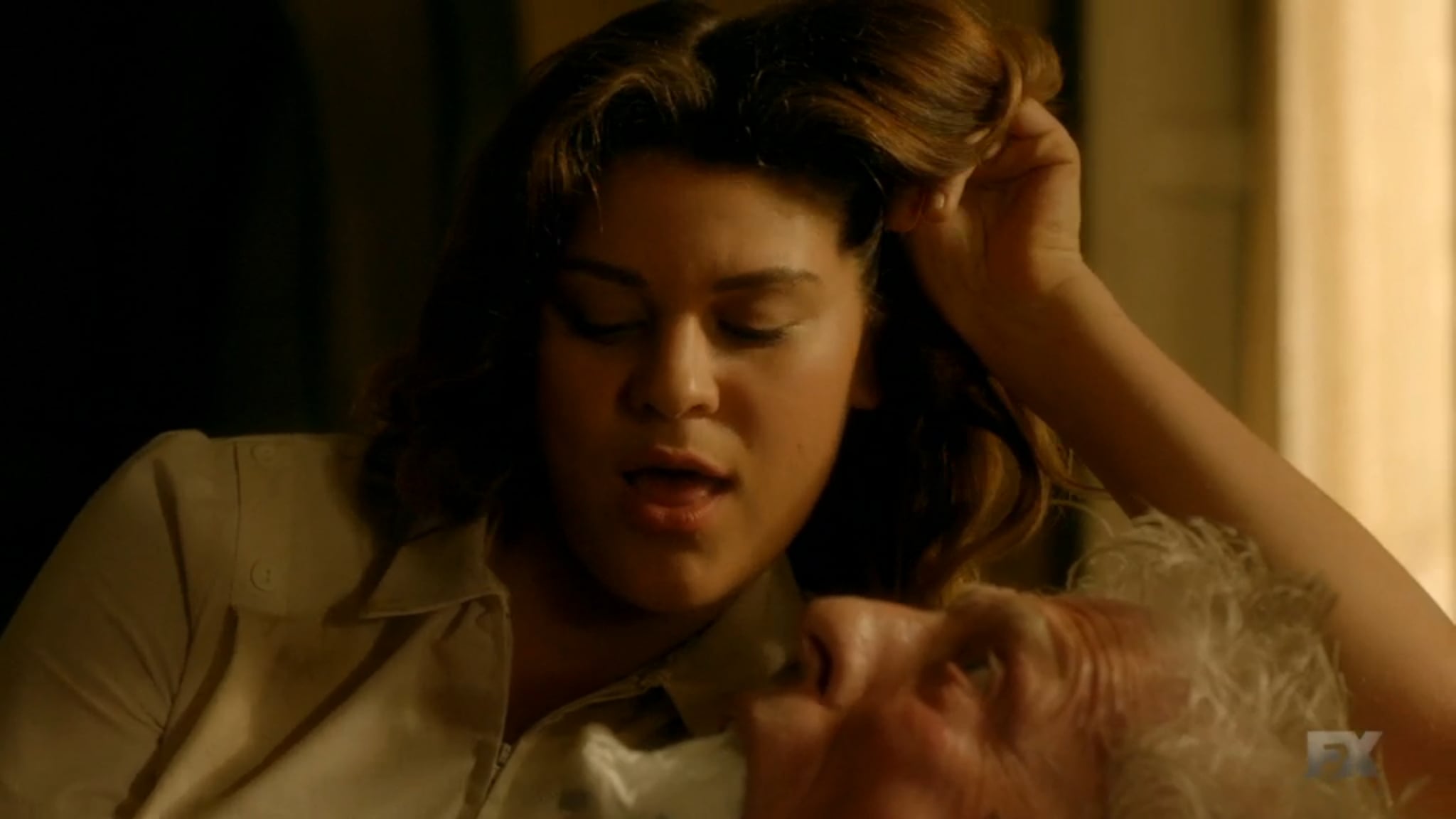 The True Story of Catherine May Wood and Gwendolyn Gail Graham

There are actually a lot of striking similarities between the AHS iteration and the real-life account. As the story goes, Catherine May Wood (26) and Gwendolyn Gail Graham (25), worked at the Alpine Manor nursing home in Walker, MI, from 1985 to 1988. According to the story, there were a total of eight suspicious deaths at the nursing home, and Wood and Graham were arrested and arraigned for murder for two of them.

Here's the crazy part: one actual theory from the case suggested the girls were indeed trying to spell "MURDER." While the New York Times article says police were "unable to confirm" the allegations, the two victims in question had the initials "M" and "E."

In reality, the women were never sisters. On the contrary, they were thought to be lesbian lovers. They even reportedly earned the nickname "Lethal Lovers," and, according to Wood, the murders were some sort of ritual that tied into their intense romantic relationship. In the end, they didn't vanish at all. They were caught, and each party tried to pin the deaths on the other. Graham took the brunt of the punishment; she was convicted of five counts of first-degree murder and earned five life sentences without the possibility of parole. Wood was charged with second-degree murder and a 40-year sentence. As of today, both women are still in prison, but Wood has been eligible for parole since 2005, and she has a set release date of June 6, 2021.