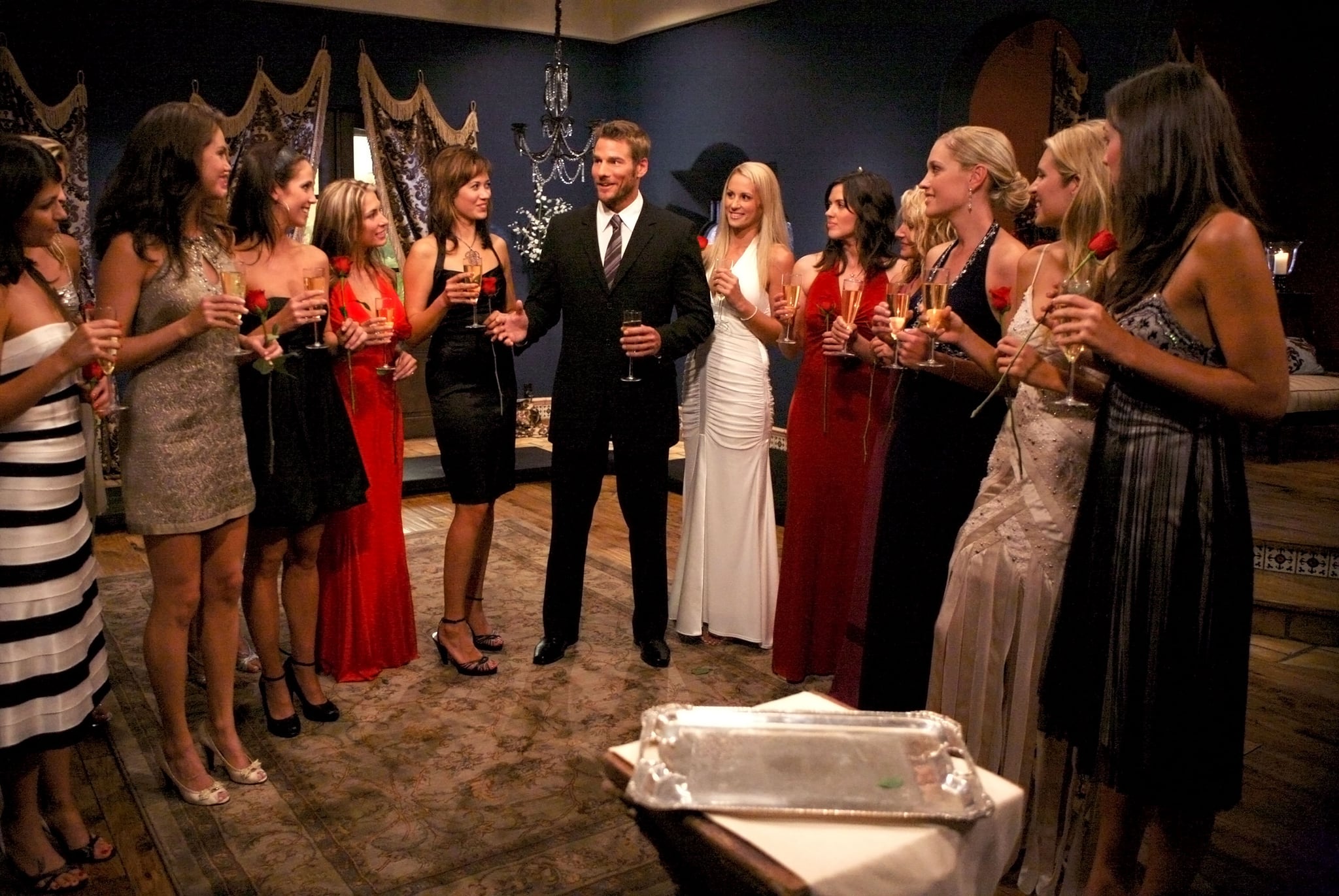 The very first episode of The Bachelor premiered on March 25, 2002. Back then, it seemed crazy that two people could fall in love with each other, much less get engaged, in a matter of weeks. And yet, Bachelor Nation continued coming for more, proving that we just can't get enough of the ABC show. If you feel like taking a trip down memory lane, and seeing Chris Harrison in all his glory, it might be time to binge-watch some old seasons.

From seasons one to 22, there have been a whole lot of memorable moments. Thanks to ABC's tribute video to the host with the most, we know that there have been 6,578 kisses, 2,924 roses, and 37 proposals. Unfortunately, Netflix and Hulu won't help you see every single one of them. Neither streaming service offers old seasons. Even ABC's website only gives you access to episodes from the current season. At this rate, it seems easier to get the first-impression rose than to find previous seasons online.

Don't lose hope just yet! Seasons 13 to 22 are available on Amazon Prime Video. You can buy them for $2 per episode, or $14 to $15 for each season. Meanwhile, seasons 13 and 15 to 22 are available for $2 per episode via On Demand services. That means you can watch Jason Mesnick, Jake Pavelka, Ben Flajnik, Sean Lowe, Juan Pablo Galavis, Chris Soules, Ben Higgins, Nick Viall, and Arie Luyendyk Jr. make their ways to handing out the final rose to the women they may or may not still be with.

There does not appear to be access to seasons one through 12 anywhere. Recaps of the early seasons are available on ABC, but if you want to see Alex Michel, Aaron Buerge, Andrew Firestone, Bob Guiney, and the other OGs on their hunts for love in full episodes, this is not the news you want to hear. Now could you potentially find every season your heart desires? Maybe. It is the internet, after all. But we don't see them readily (read: legally) accessible.

Just so we're not totally leaving you hanging, we have updates on every single bachelor who has ever handed out roses. Remember Charlie O'Connell, Jerry O'Connell's younger brother? He's married to a Playboy Playmate. And you might have seen Travis Lane Stork, MD, on TV as the host of The Doctors. And Italian Prince Lorenzo Borghese is all about beers and dogs these days (and appears to be single).

If there's one thing we've learned from watching all of these seasons of The Bachelor, it's that you can never really predict how the finale or couples will go. Some men may fall in love with two women, some may give the final rose to the wrong women, and some may give it to no one at all. It's an emotional roller coaster for the contestants and the audience. But as long as the drama continues and there isn't a shortage of single men and women, we'll be watching with plenty of snacks and wine on hand.