If you've been following this year's film festival circuit, you've probably already heard about Whiplash. The movie premiered back at the Sundance Film Festival, where it received rave reviews, as well as the grand jury prize and the audience award. Since then, this indie juggernaut has screened at the Cannes and Toronto film festivals, and finally hits theaters this weekend. So what is all the fuss about? Read on to find out why Whiplash lives up to the hype. 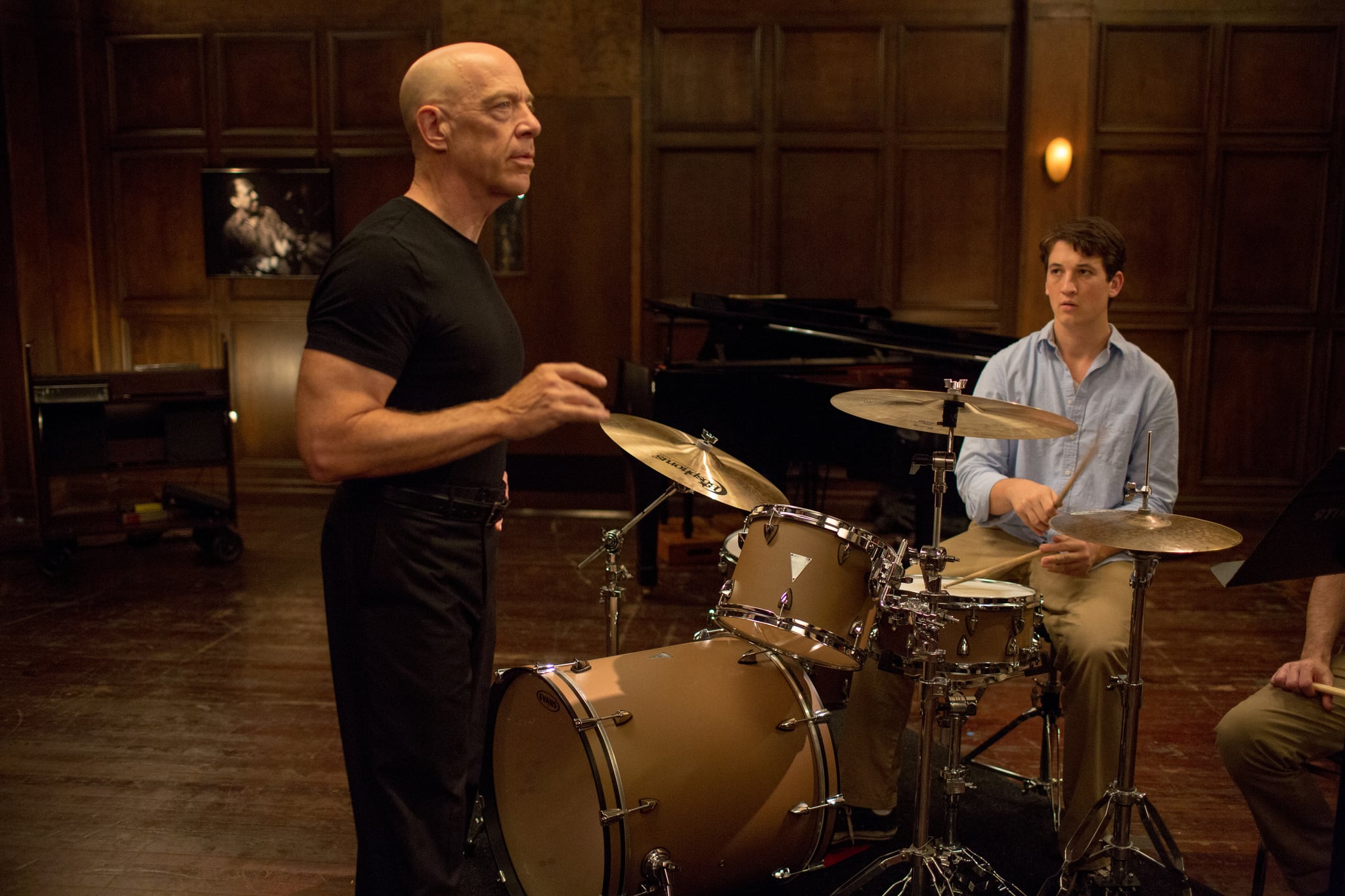 Miles Teller and J.K Simmons Have an Electrifying Onscreen Disharmony

Miles Teller stars in the film as Andrew Neyman, a freshman at the college with the most prestigious music program in the country. Andrew's an awkward but dedicated student with big dreams of becoming one of the greatest jazz drummers of all time. His naiveté is quickly crushed when the most feared and respected music teacher at the school, Terrence Fletcher, shamelessly berates and embarrasses Andrew in front of his peers. This begins a relationship in which Fletcher manipulates Andrew and pushes him to the breaking point, and Andrew does his best just to stay afloat. It's no surprise that J.K. Simmons is excellent here; he deftly switches between playing the caring teacher and the bully in a way that makes Fletcher seem terrifying without turning him into a caricature. Teller and Simmons play off each other effortlessly, creating a discord that feels intense, dangerous, and completely entertaining.

It's a Ride That's Entertaining From Start to Finish

A film about a music student and his teacher doesn't exactly sound thrilling, but as the tension between Andrew and Fletcher builds, the film becomes more gripping. As Fletcher challenges Andrew to drum faster and to be better, the energy of the film continues to intensify right until the heart-pounding final scene. Director Damien Chazelle seamlessly manages the darker elements of the film with crowd-pleasing moments, making for a riveting final product.

This Is Miles Teller's Breakthrough Role

By now you may have seen Teller popping up in various big-screen roles, but Whiplash is a true showcase for his talent. While he can play the wisecracking BFF in movies like That Awkward Moment seemingly in his sleep, Teller brings intensity, vulnerability, and depth to his character that we haven't seen much of before (along with the added bonus of Teller's signature wit). Along with Rabbit Hole and The Spectacular Now, Teller's latest performance proves that he's building quite the résumé as a dramatic actor.

by Murphy Moroney 16 minutes ago