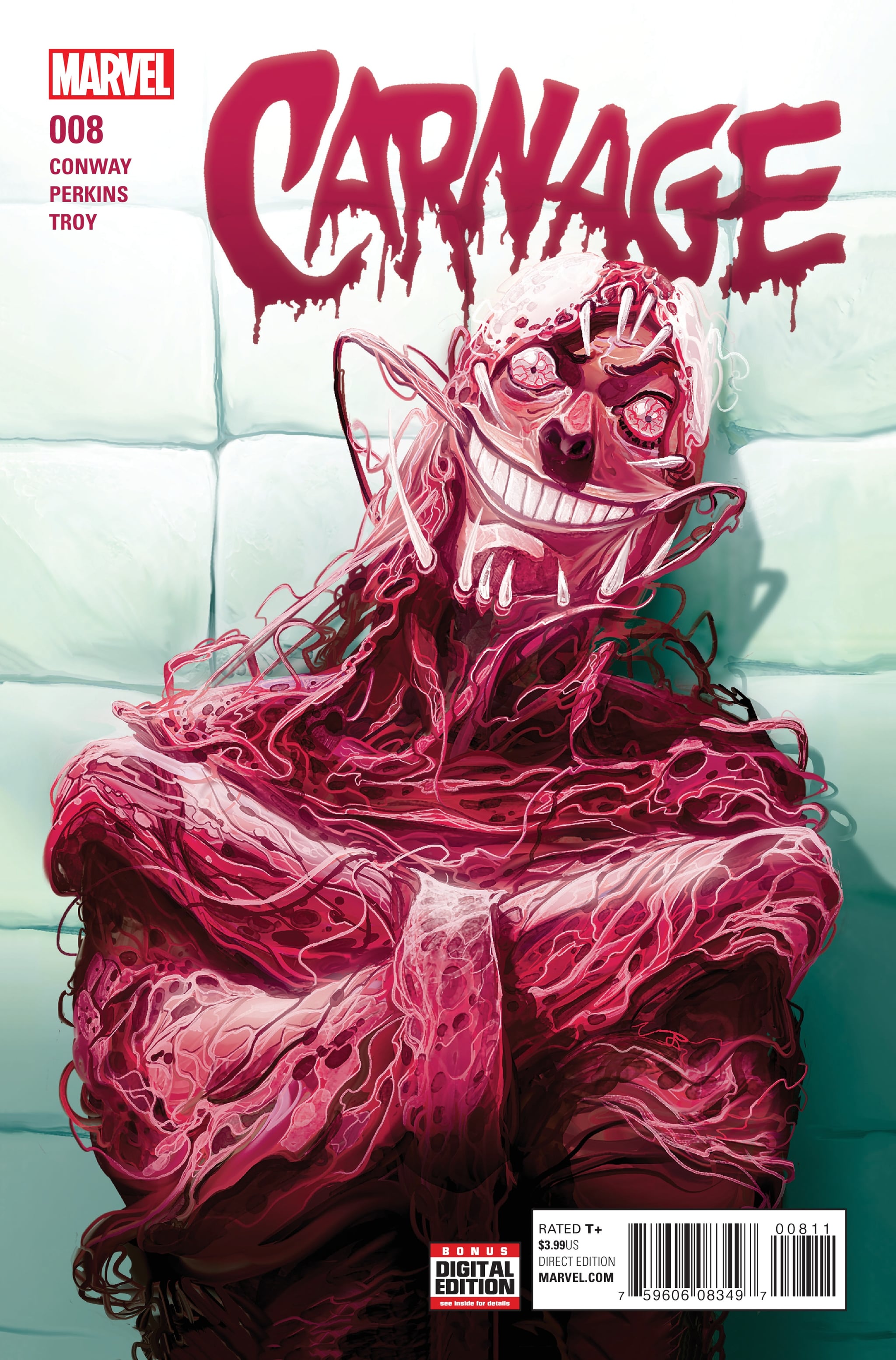 Warning: Spoilers for Venom below! Look away! (Unless you're here for it.)

When details about Venom first began to emerge in earnest, it seemed pretty clear that one comic-book baddie would appear as Eddie Brock's onscreen nemesis. Early reports pinpointed Carnage as the villain — he's one of Venom's biggest foes in the comic books. The initial title of the film was even allegedly supposed to be Venom: Carnage at one point. So, you can imagine everyone's surprise when Carnage doesn't appear in the film at all and in his stead we have Riot, played by Riz Ahmed. But wait! All hope is not lost! While there's no appearance to speak of per se, we do have a brief exchange with his alter ego, which suggests Carnage will pop up in the sequel.

First things first! If you haven't put two and two together, we meet Carnage (sort of) during the first postcredits scene. Eddie Brock goes to San Quentin State Prison for an interview with Cletus Kasady, who is (or will eventually be) the host for a symbiote known as Carnage. In the film, Cletus is played by Woody Harrelson; he has wild, crazy eyes and curly bright red hair. It's unclear if Cletus has come into contact with Carnage by the time we meet him on screen, but we do know this is more or less where the character starts in the comics. In fact, it may be this encounter with Eddie that ultimately makes Carnage come alive.

Let's backtrack. For the uninitiated, Cletus is a deranged serial killer who is serving time for his unspeakable crimes. At one point in the comic books, Venom basically "gives birth" to a spawn that attaches itself to Cletus and eventually becomes Carnage. Since the symbiote race basically reacts to the personality of their hosts, Carnage amplifies Cletus's psychotic tendencies, as well as his thirst for chaos and destruction. That's what makes him so dangerous.

That's basically the crash course on Carnage! Buckle up, because Cletus's appearance in the postcredits scene must mean we're headed for a pretty devastating face-off in a future film. We can't wait to see how this turns out.