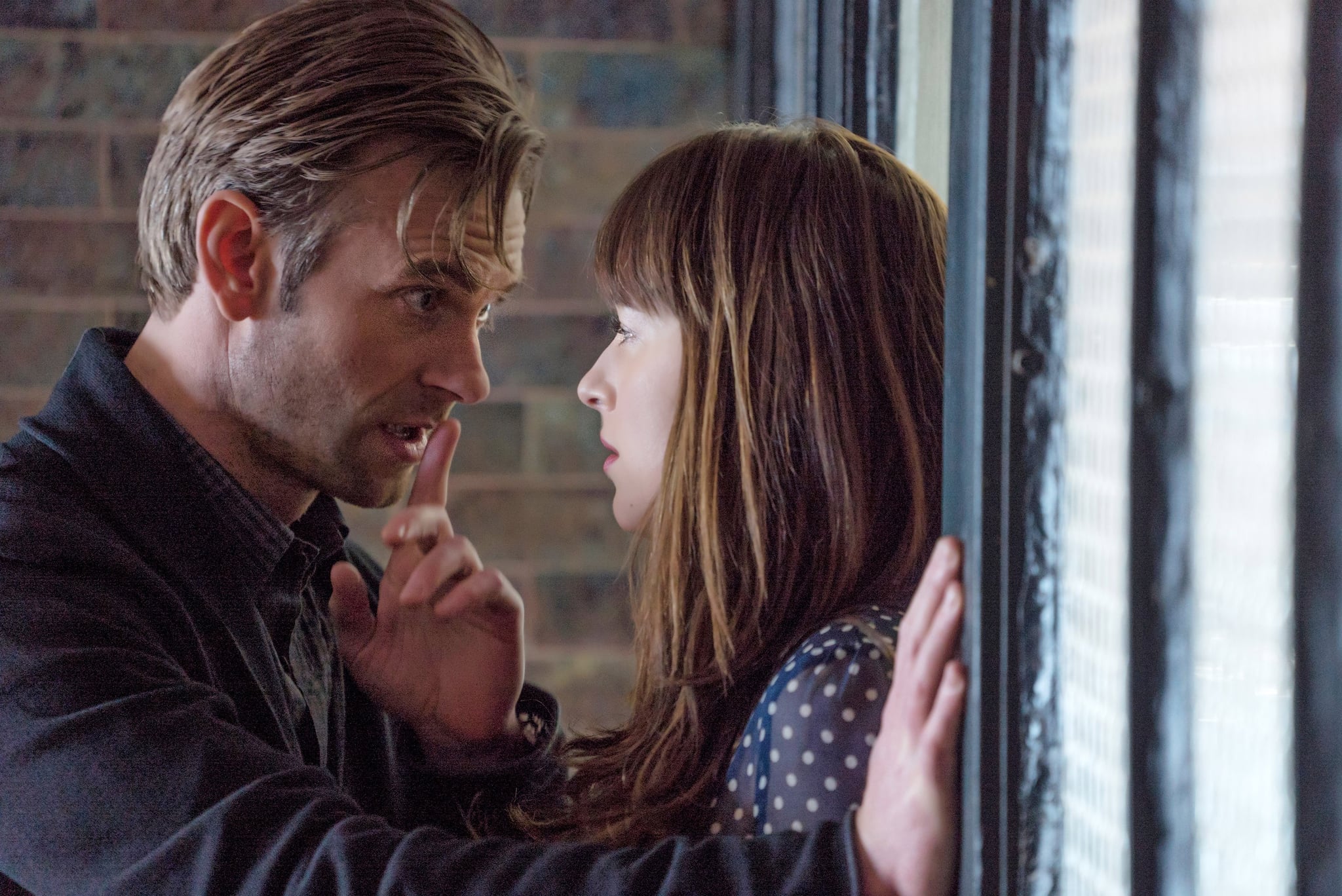 Jack — played by Eric Johnson — quickly goes from "difficult" to dangerous, and he inexplicably hates Christian Grey with a ferocity that seems to go beyond regular old jealousy. It's easy to write him off as just crazy (mainly, because he, well, is), but there's way more to him than even Christian and Ana realize — and his story is just getting started in the second installment of the trilogy. If you want to know the dirt on Jack Hyde, read on for major spoilers regarding his sordid past, and what becomes of his character when the third and final book in the series comes to an end.

Who is Jack Hyde?

Jack Hyde starts out as Anastasia Steele's boss at Seattle Independent Publishing. She originally interviews for an internship at SIP, but Hyde pushes for her to be hired on as his personal assistant. Jack's behavior toward Ana quickly becomes inappropriate. In Fifty Shades Darker, he blackmails Ana for sex after discovering incriminating email conversations to and from Christian. After Jack threatens her and attempts to physically assault her, Christian has him fired from SIP and essentially ruins his entire career. It's a pretty good reason to hate someone and seek revenge, but that's not why Jack is out to destroy the Greys.

Why is he after Christian and his family?

After Christian's mother overdosed when he was young, he was placed in the same foster home in Detroit as Jack Hyde. The two were only in the same care for a couple of months — a time that Christian doesn't recollect. Although Jack goes on to be successful (he gets a scholarship to Princeton, for instance), he harbors a deep resentment toward the Greys for adopting Christian instead of him. He has obsessively sought revenge, collecting information on the family members and watching their movements. His rage is further fueled when Christian sabotages his job. Sound crazy yet? Oh, there's more.

What happens to him?

Jack Hyde is out for Christian's blood, literally. In Fifty Shades Darker, he is responsible for the crash of Charlie Tango, Christian's helicopter, but he really steps up his vengeance game in Fifty Shades Freed. He breaks into Christian's home in order to kidnap Ana, but is thwarted by security and sent to jail. Elena Lincoln — aka Mrs. Robinson — has an ex-husband who also hates Christian, and bails Jack out in order to get back at Christian for his affair with Elena. When Jack gets out, he kidnaps Mia, Christian's sister, and holds her for a $5 million ransom that he forces Ana to collect for him (Christian is a billionaire . . . he didn't think bigger here?). Ana saves the days, shoots Jack in the leg, Jack gets arrested (again), and Mia is returned to the family, safe and sound. After investigating Jack's past, Christian later discovers that Jack had a habit of filming himself having sex with his former assistants (the ones who all quit without notice), most likely to blackmail them with the evidence. All said and done, it's safe to assume Jack Hyde is locked up for a very long time.

Books
Obsessed With HBO's "The Time Traveler's Wife"? Here's What Happens In the Book
by Megan Hippler 11 hours ago