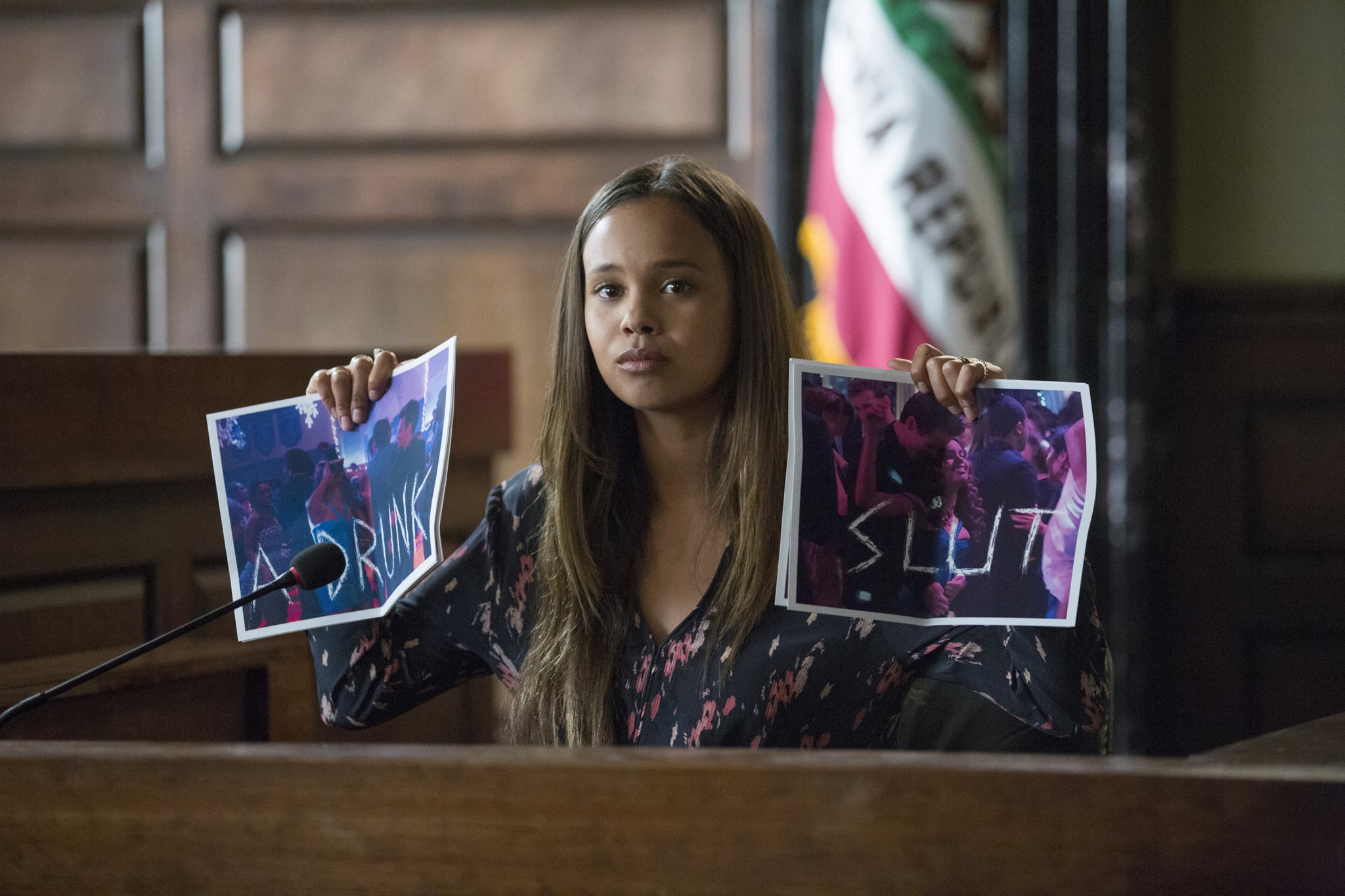 Warning: Big ol' spoilers for 13 Reasons Why season two below!

The big mystery of 13 Reasons Why's first season mainly revolved around one thing: who is responsible for the suicide of Hannah Baker? As we ultimately find out in the last handful of episodes, the acts that finally pushed her over the edge were being raped by popular jock Bryce Walker and the failure of school counselor Mr. Porter to help her after she reached out. Since season two's narrative doesn't have the aid of Hannah's 13 tapes in season two, the Netflix drama attempts to craft a set of new mysteries for us to unravel over the course of the new episodes.

The second season kicks off five months after Hannah's death, dropping us into the midst of the court case raging on between Hannah's parents and the school district. Although wondering who will win the legal battle is definitely a mystery of sorts, ominous things start getting left in the lockers, homes, and offices of the main characters: notes threatening people not to testify and graphic Polaroids warning that "Hannah wasn't the only one."

The threatening notes are, by far, the most damaging. Everyone who's set to testify in the trial ends up getting a chilling threat at one point or another, ranging from photos scrawled with messages like "You talk, you die" to bloody animal corpses and guns showing up in mailboxes. Hannah's mom, Olivia, even sees her drugstore completely destroyed by crude graffiti and smashed windows, and Clay nearly dies when the unknown person runs him off the road and into a ditch.

So, who is the person responsible? Montgomery "Monty" de la Cruz. 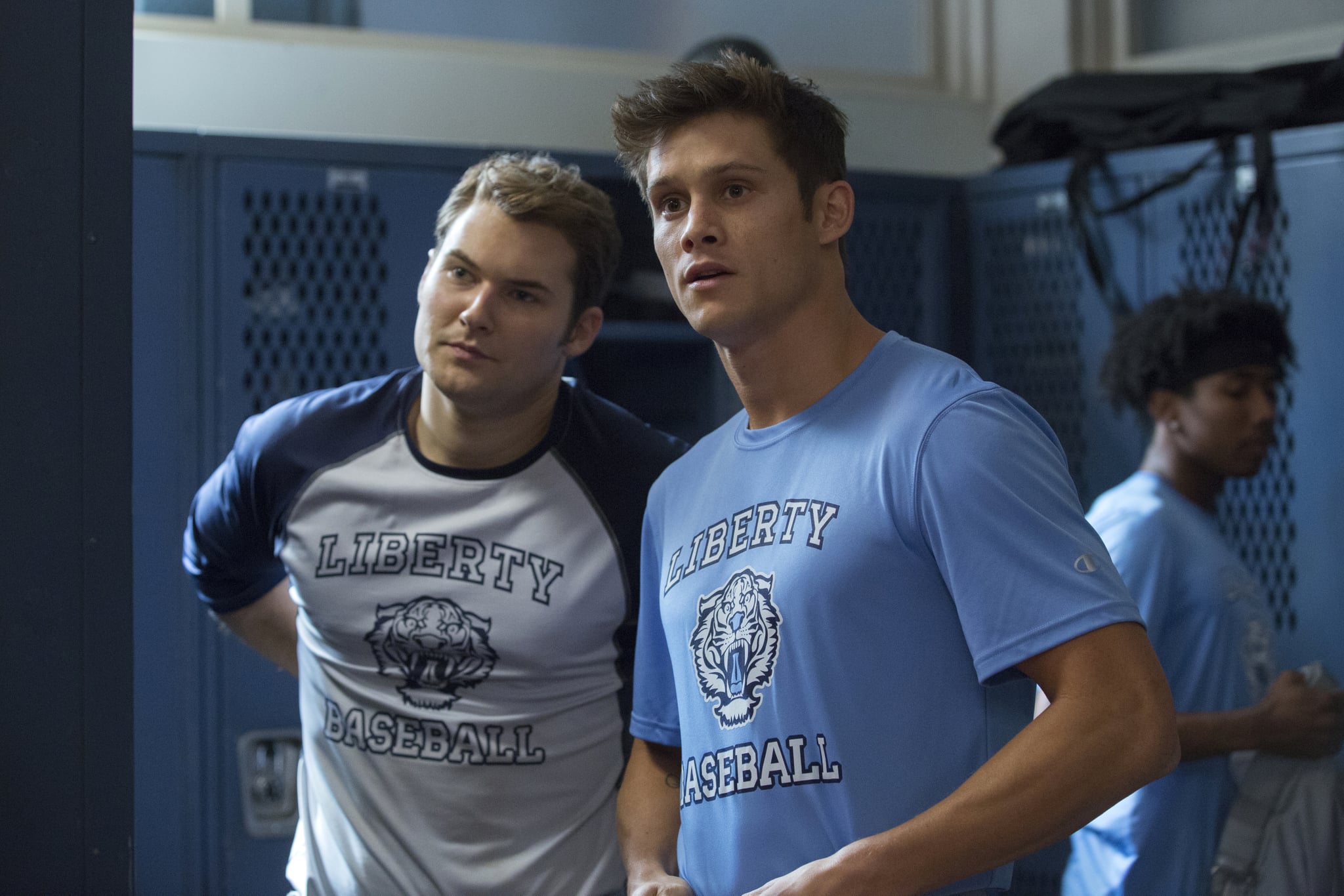 We discover in the final two episodes that Monty, a popular baseball player and Bryce's BFF, is the one who's been sneaking around and stealing things, vandalizing property, and making death threats. Alex is the one who puts it all together. By the end of the season, Alex's memory is finally starting to come back after his suicide attempt. He spends most of season two wondering why he decided to shoot himself in the head — his suicide note said "I could have stopped it" — and eventually pieces together that he and Monty heard Hannah being raped the night of Bryce's party. A flashback shows that instead of going outside to help, they ignored her cries of distress and kept playing video games. That's why Monty doesn't want anyone leaking sensitive information at the trial.

Zach, Clay, Alex, and Justin confront Monty about it, and later he ends up being questioned by the police for his behavior. There's no word on whether or not he'll be arrested or receive jail time, unfortunately. It's also revealed that one of the threats Jessica receives — photos taped up on a whiteboard in her classroom calling her a "drunk slut" — is actually masterminded by Chloe, Bryce's girlfriend (she didn't want her boyfriend to get in trouble at the trial).

And as for those Polaroids? It turns out Zach has been the one sneaking them into Clay's backpack all along. He tells Clay he's always been too much of a "coward" to do the right thing, so he was hoping Clay would have the guts to. The graphic images, which show Bryce sexually assaulting unconscious female classmates (including Chloe, FYI), seem like they're going to be the key to putting the serial rapist away for good. But in the season two finale, Jessica's new friend and fellow rape survivor Nina gets her hands on the box of Polaroids and burns them, one by one.

The second season still leaves a lot up in the air, but with rumors of a third season swirling, you can bet Netflix will be back next year with more episodes and a new mystery.