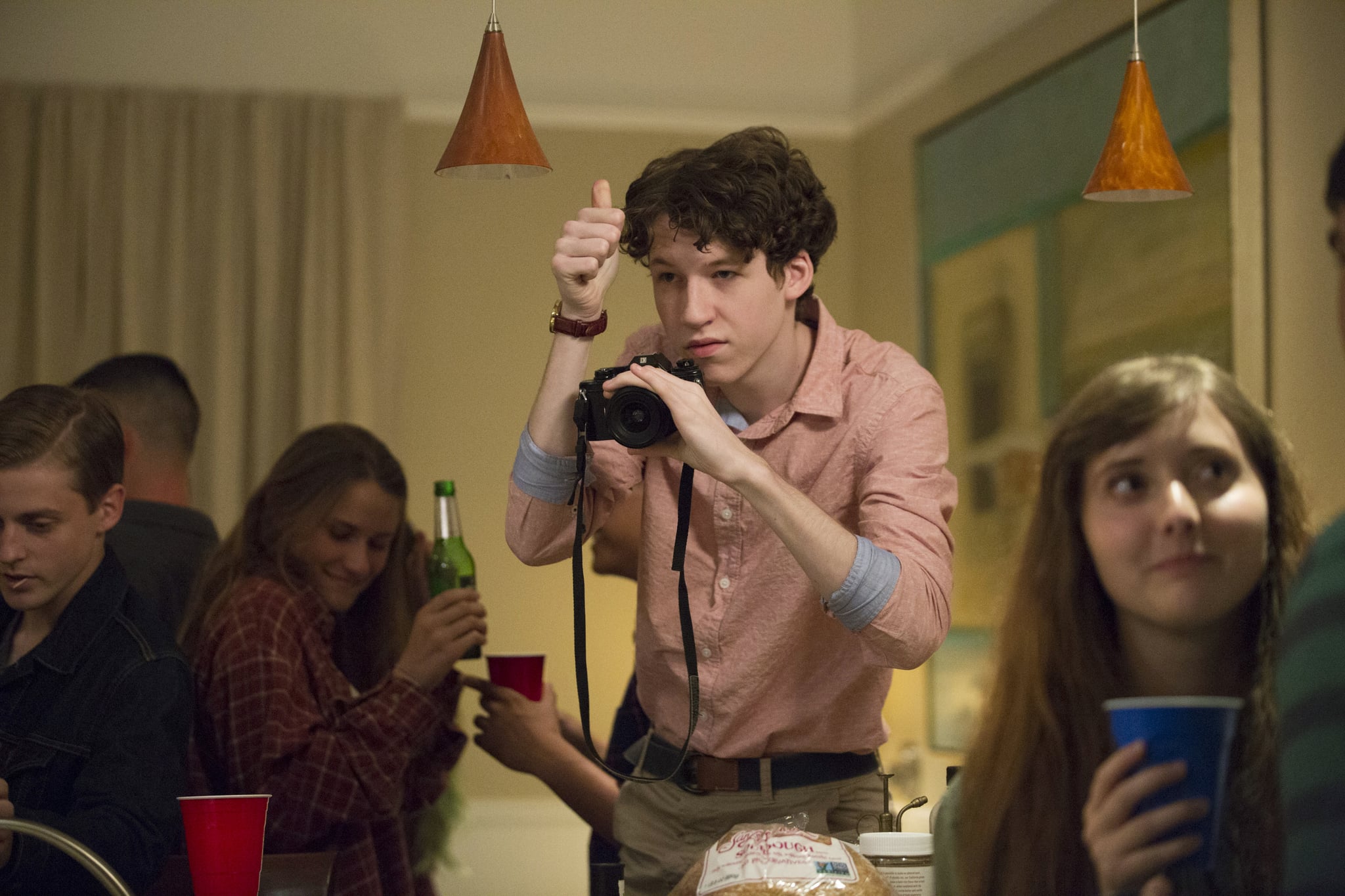 Now that 13 Reasons Why is officially getting a second season, we're patiently standing by waiting for hints about the next chapter in Hannah's story. Here's a quick rundown of the concrete details we have so far: the episodes will pick up where season one leaves off, Hannah will be a part of the season, there will be flashbacks, we'll see different perspectives, and there will be a narrator . . . but it won't be Hannah. Admittedly, this is what I'm the most curious about when it comes to season two. Hannah is our ticket into Liberty High School; it's her story. If season two isn't about her, then who will be guiding us through the new events? Here are my top choices — and no, I'm not including Clay, since we essentially get his perspective in the first season.

Tyler is consistently dismissed by his colleagues; his concerns about the tapes are shoved aside as his classmates literally shove him aside. The end of season two opens a huge (terrifying) door for Tyler's story. He has an arsenal of weapons and is possibly planning an attack on his school. I want to know more about how Tyler perceives his peers, especially after that chilling scene in the darkroom. It makes a lot of sense that he would be the focus of season two.

Hannah's former friend is another person who probably has a much different version of season one's events than Hannah. While she eventually comes to terms with the fact that Hannah is telling the truth what happened at the party, Jessica still maintains that it's Hannah who stopped hanging out with her, not the other way around. A tweet from Netflix confirms that, "Jessica's story will continue as she tried to recover and return to a normal life." Aside from Bryce, she's the only character who is mentioned by name in the mini synopsis, bringing me to . . .

I know. I don't even like thinking about this, but what if the writers go an entirely different route in season two and challenge us to understand how a monster like Bryce thinks. It's clear from the final episode that Bryce has no remorse for his actions (mostly because he doesn't believe he had done anything wrong), so perhaps we'll see his warped version of the events. Creator Brian Yorkey has said that he wants to see Bryce brought to justice, and it would be fascinating to get his perspective throughout the inevitable trial. 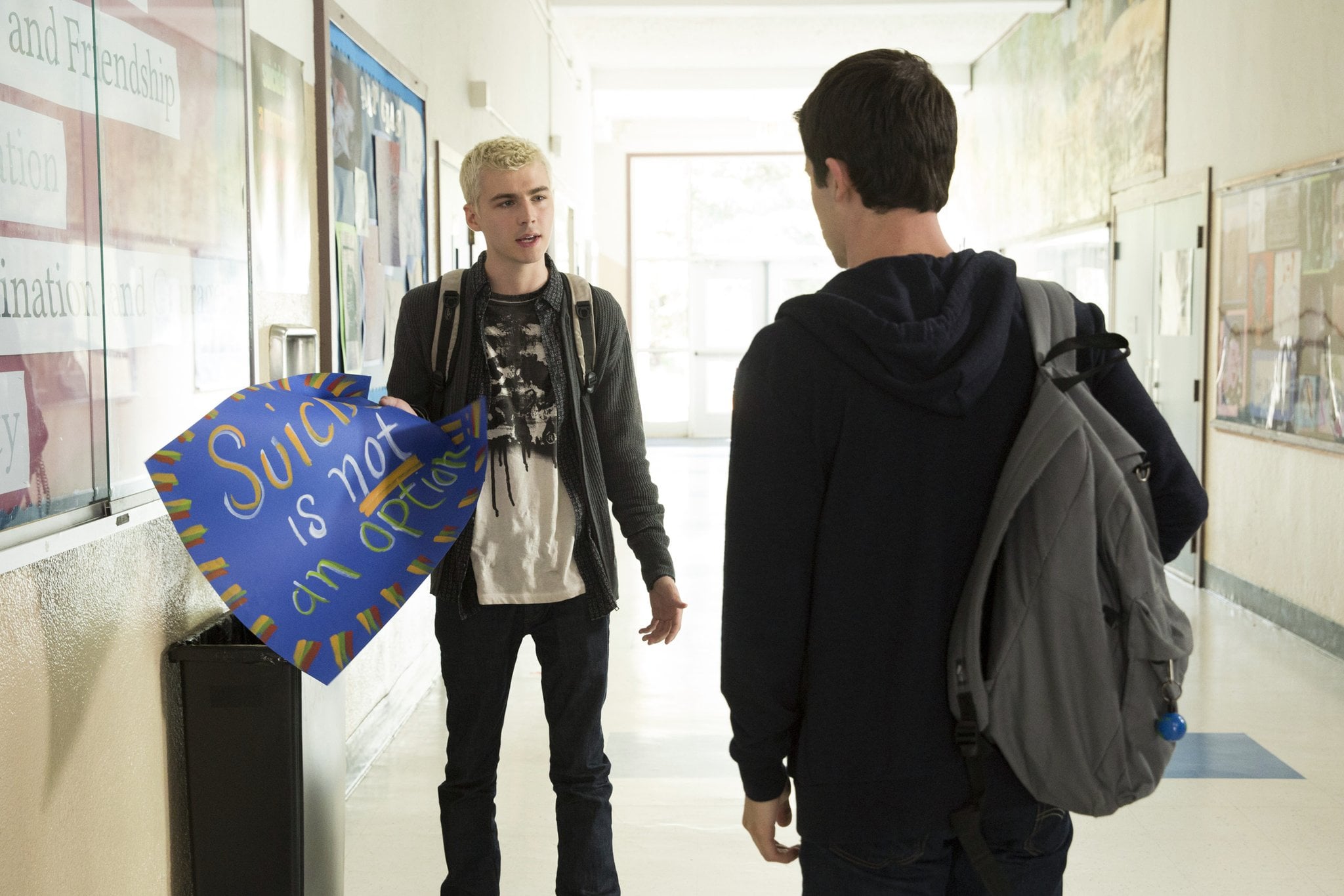 In season one, we're hearing (and seeing) Hannah from beyond the grave. What if in season two, we're hearing Alex while he's in a coma? He lands in critical condition after his apparent suicide attempt at the end of the season, and he's either dead or looking at some serious recovery time. When speaking to The Hollywood Reporter, Heizer said that he thinks it would be "interesting" to continue the story of someone who attempts suicide and doesn't succeed. Format-wise, it makes a lot of sense for Alex to be the narrator; I'm just not sure how they would get his take on the events after his suicide attempt if he's still critically wounded.

Tony, aka Clay's guardian angel, is such a mystery. We know precious little about his family life or his interaction with Hannah. He's much more of an impartial observer during season one than an actual participant. Season two could explore not only his take on Hannah's life and death, but what happens to him going forward. It would round out his life the way we've already gotten to know characters like Clay and Jessica.