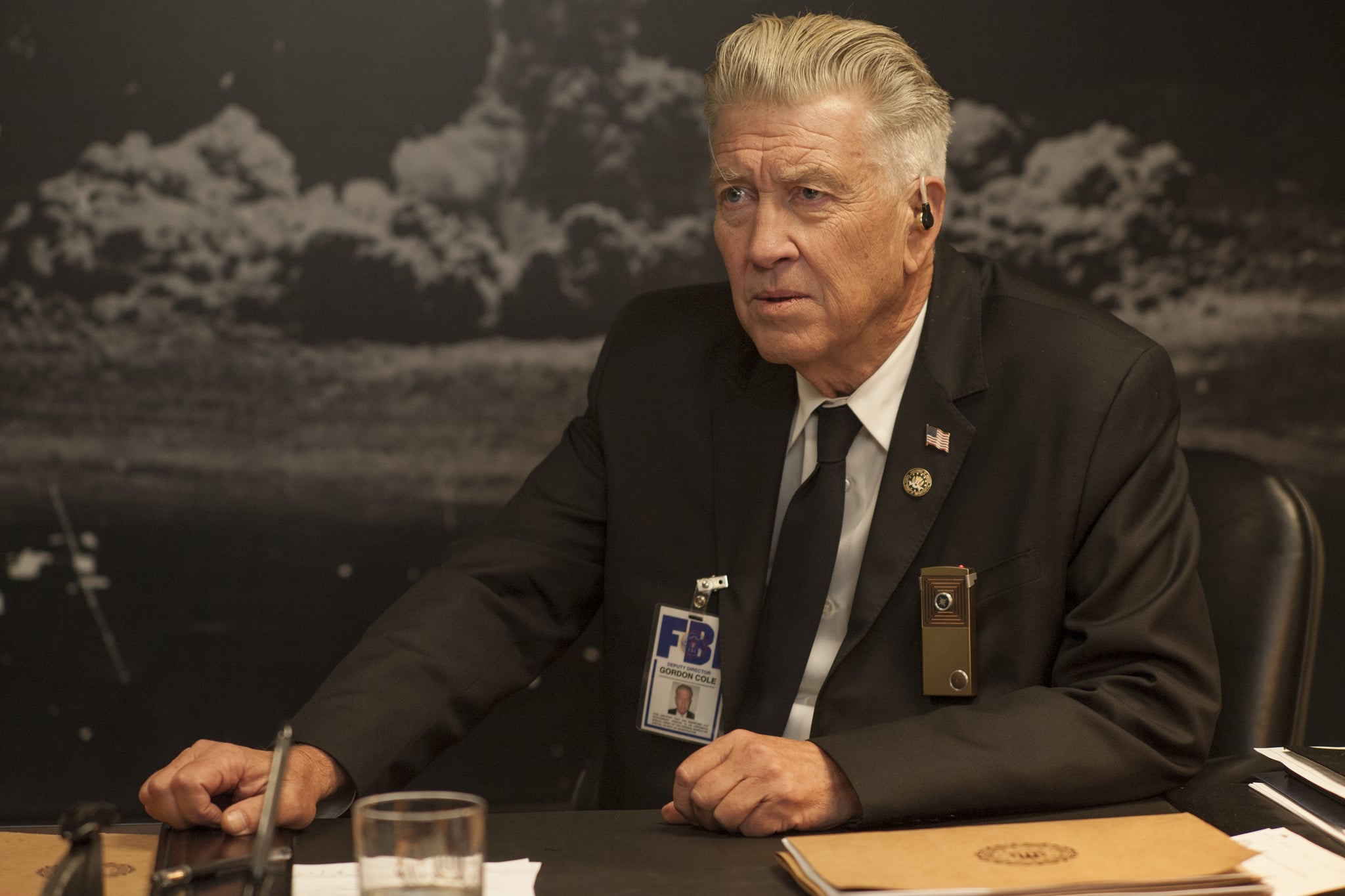 It doesn't seem possible, but Twin Peaks gets even weirder and more bizarre with episodes three and four. However, beyond the "normal" David Lynchian aspects that will all make sense as the show unfolds (or not), there are a couple references that may have had you wracking your brain to remember just exactly what they mean in the Twin Peaks universe: Phillip Jeffries and Blue Rose. If those mentions leave you a little befuddled, we're here to help.

Understanding this reference is based entirely on having seen the 1992 Twin Peaks prequel movie, Fire Walk With Me. In the film, Jeffries is an FBI agent played by David Bowie. (It was rumored that Bowie was going to shoot some scenes for Twin Peaks: The Return but didn't get a chance to before his untimely death in early 2016.) In the film, Jeffries is an agent who suddenly appears to Gordon Cole (Lynch) and Dale Cooper (Kyle MacLachlan) at the Philadelphia field office in 1989. He hadn't been seen since disappearing in Argentina in 1987.

Jeffries goes on a bizarre rant about a woman named Judy and seems shocked to discover what year it is, before disappearing and reappearing back in Buenos Aires in the same hotel where he disappeared two years prior. He has not been seen since his mysterious reappearance in 1989.

Jeffries has now been mentioned several times since The Return began. In the premiere episode, Ray Monroe (George Griffith) says to Darya (Nicole LaLiberte) on the phone that he "got another call from Jeffries. You have to hit Cooper if he's still around tomorrow night." After Evil Cooper plays this recording for Darya and subsequently kills her, he calls who he thinks is Jeffries and has the following conversation:

Jeffries: "I missed you in New York. I see you're still in Buckhorn."
Evil Cooper: "And you're still nowhere, is that correct?"
Jeffries: "You met with Major Garland Briggs."
EC: "How did you know that? Phillip?"
Jeffries: "Actually, I just called to say goodbye."
EC: "This is Phillip Jeffries, right?"
Jeffries: "You're going back in tomorrow and I'll be with BOB again."
EC: "Who is this?"

It seems up in the air right now if Jeffries is actually the one who asks Ray and Darya to kill Evil Cooper, but we suspect this is not the last we've heard about this. The mention of Major Briggs (Don S. Davis) is important, and we'll get to that in a minute.

The next mention of Jeffries is when Gordon and Albert (Miguel Ferrer) arrive in South Dakota to see Agent Cooper (it's actually Evil Cooper). He tells them that he's been working undercover all these years with Jeffries and that he was just about to contact them when he had his car accident. Albert and Gordon obviously think this sounds super fishy (because it does), and Albert reveals that years ago Jeffries called him, saying that Cooper was in trouble and urgently needed to know the identify of the bureau's man in Colombia. A week later, that man was killed.

So, is Jeffries really still alive? Or is there someone out there pretending to be Jeffries, either working with or against Evil Cooper? Perhaps this is a BOB-like spirit pretending to be Jeffries who at one time was working in tandem with Evil Cooper, but for some reason decided Cooper needed to be taken out and that's why he contacted Ray and Darya.

All of this will probably be revealed as the show goes on, but for now, that's what we know about Agent Phillip Jeffries.

The other big reference in episodes three and four is to "blue rose." First, the shadowy figure of Major Briggs says those words to Good Cooper after he is released from the Black Lodge and ends up in that weird purple spaceship-like place. He comes back inside, and there is a blue rose sitting in a vase on a table. The phrase is uttered again by Gordon after he sees Cooper in jail, to which Albert replies, "It doesn't get any bluer."

There are two schools of thought about blue rose in the Twin Peaks universe, though they're not necessarily mutually exclusive. In Fire Walk With Me, Lil the Dancer (Kimberly Ann Cole) performs for Agent Chester Desmond (Chris Isaak) in order to pass a message along to him. She is wearing a blue rose on her red suit, so some fans think blue rose refers to Lil (or some other person).

The second theory is that "blue rose" is a reference to Project Blue Book, the secret government program designed to investigate the presence of UFOs. Major Briggs was involved in it, as was the late Twin Peaks Mayor Douglas Milford (Tony Jay), and part of the project's focus was finding the locations of the White Lodge and Black Lodge. "Blue rose" could either be a direct reference to Project Blue Book or FBI shorthand for a case involving supernatural elements.

We are left wondering if the person who Gordon needs to look at Cooper has anything to do with "blue rose" or if it's a reference to one of the ladies from the original series. Either way, Albert "knows where she drinks," so we expect to find out next week.

TV
No More Theories: How WandaVision Ends the Scarlet Witch's Story . . . For Now
by Mekishana Pierre 5 hours ago