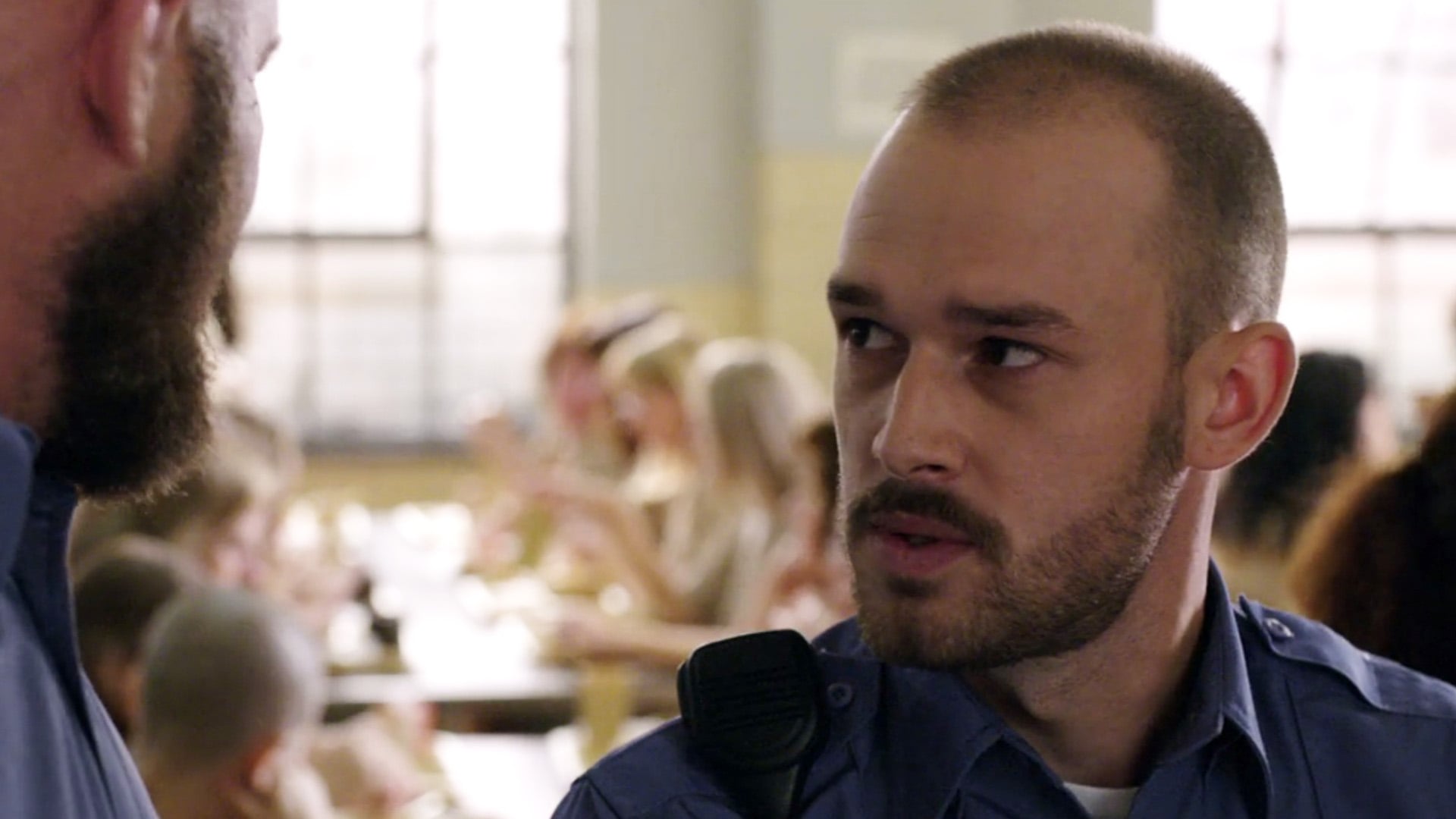 If the prison guards have kind of blurred together for you while watching Orange Is the New Black, don't feel bad. Over two dozen people have played a guard at one time or another — and that number doesn't include other Litchfield support staff — but one guard may have caught your eye during the recently released season five. CO Stratman, played by Evan Hall, first appears in season four's fifth episode, "We'll Always Have Baltimore." He's part of the new set of veterans brought in by MCC to be prison guards because the company gets a tax break for employing veterans.

If you're wondering where this strapping young Stratman has been all your life, the answer is . . . not many places. Orange Is the New Black is Hall's first big acting gig. He has previously been seen in guest-starring roles on The Mysteries of Laura, The Following, and Elementary, but all of those roles were one-offs.

As the events of season five unfold, it's unclear how much more we will see of this new batch of guards. The number one demand on the inmates' list is to "replace all current guards with properly trained ones," which doesn't bode well for any of the newbies — not that they should keep their jobs after the way they've been treating the inmates.

However, we should all take a minute to appreciate Stratman's talent in the guard talent show. Hall's commitment to the striptease is . . . impressive.

It may be time for a new crop of boys and girls in blue at Litchfield, but we'll all have to wait to see how season five plays out to know for sure.

Grey's Anatomy
Grey's Anatomy Is Coming Back For Season 18, and So Are Meredith, Bailey, and Webber
by Grayson Gilcrease 2 hours ago