When I first walked into the theater for an early screening of Adrift, a film based on the true story about a couple whose boat capsized during Hurricane Raymond in 1983, I knew the box of Kleenex in my bag would certainly come in handy. But you know what I wasn't ready for? What a knockout performance Sam Claflin would give alongside Shailene Woodley.

If you've heard murmurs about the movie here and there, it's for good reason. At its core, Adrift is a love story between two free spirits with some pretty intense The Perfect Storm undercurrents. (Read: squirming-in-your-seat-level undercurrents.) After meeting and falling in love on the island of Tahiti, Richard and Tami (Woodley) embark on a 4,000-mile boat trip to California — and if you can't tell by the title, it doesn't go super well.

Although I was totally ready for Woodley to make me weep, Claflin is a dark horse for two reasons: First, he arguably portrays the most heartbreakingly nice boyfriend in the world, and two, well, he's smoking hot.

So what's the lowdown on this guy? Chances are you've seen this British actor in a movie or two before. Claflin plays Finnick Odair in The Hunger Games franchise, and anyone who's obsessed with Disney might recognize him as William from Snow White and the Huntsman.

Not to mention, Claflin's versatility shouldn't come as a shock to fans who watched him play Will Traynor, a wealthy young banker who is paralyzed in a devastating accident in Me Before You (pictured below). If anything, portraying Richard is another shining example of his ability to give roles a deeper emotional context. 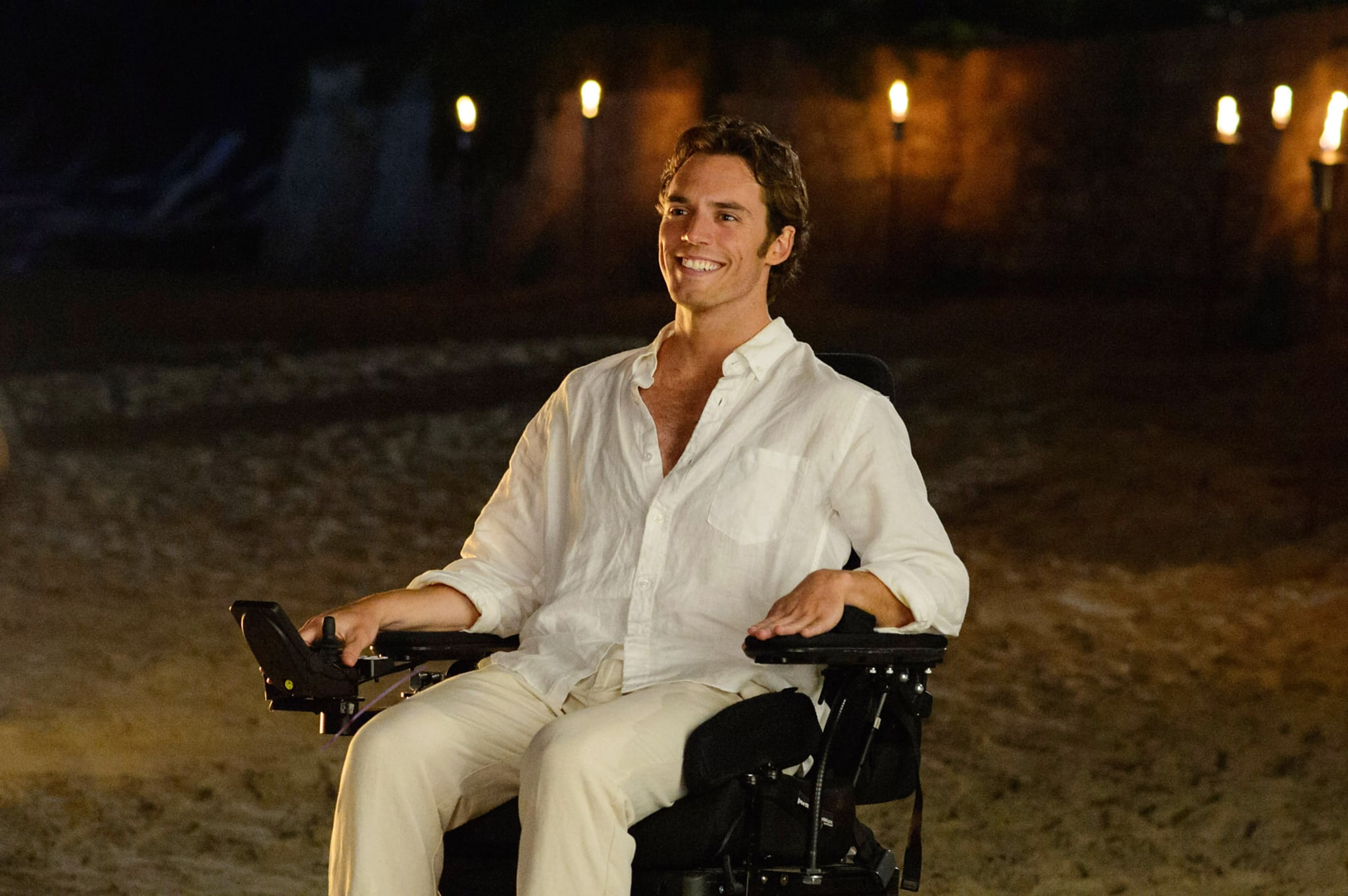 While I admit I wasn't too familiar with Claflin before checking out Adrift, one thing's for sure: I connected with his magnetic character immediately. But depicting Richard didn't come without its challenges, especially in terms of preparing for the role.

"One of the hardest challenges of this was the training [combined with] very little eating," he said in an interview with Cosmopolitan. "But added on that, we were able to go out in the ocean and practice on real yachts, with real sailors. When you're doing that with very little food in your tummy and a fair few coffees to give you a bit of energy? I was seasick a few times to say the very least, but once I got my sea legs and got used to it, it was all OK."

He also noted the additional hurdles that come with playing a real person, compared to a fictional character.

"After reading the script I quickly read up on it and did as much as research as I could. Knowing especially that I was then going to be a part of it, I tried to come to terms with the incredible instincts that kick in when you're at that point."