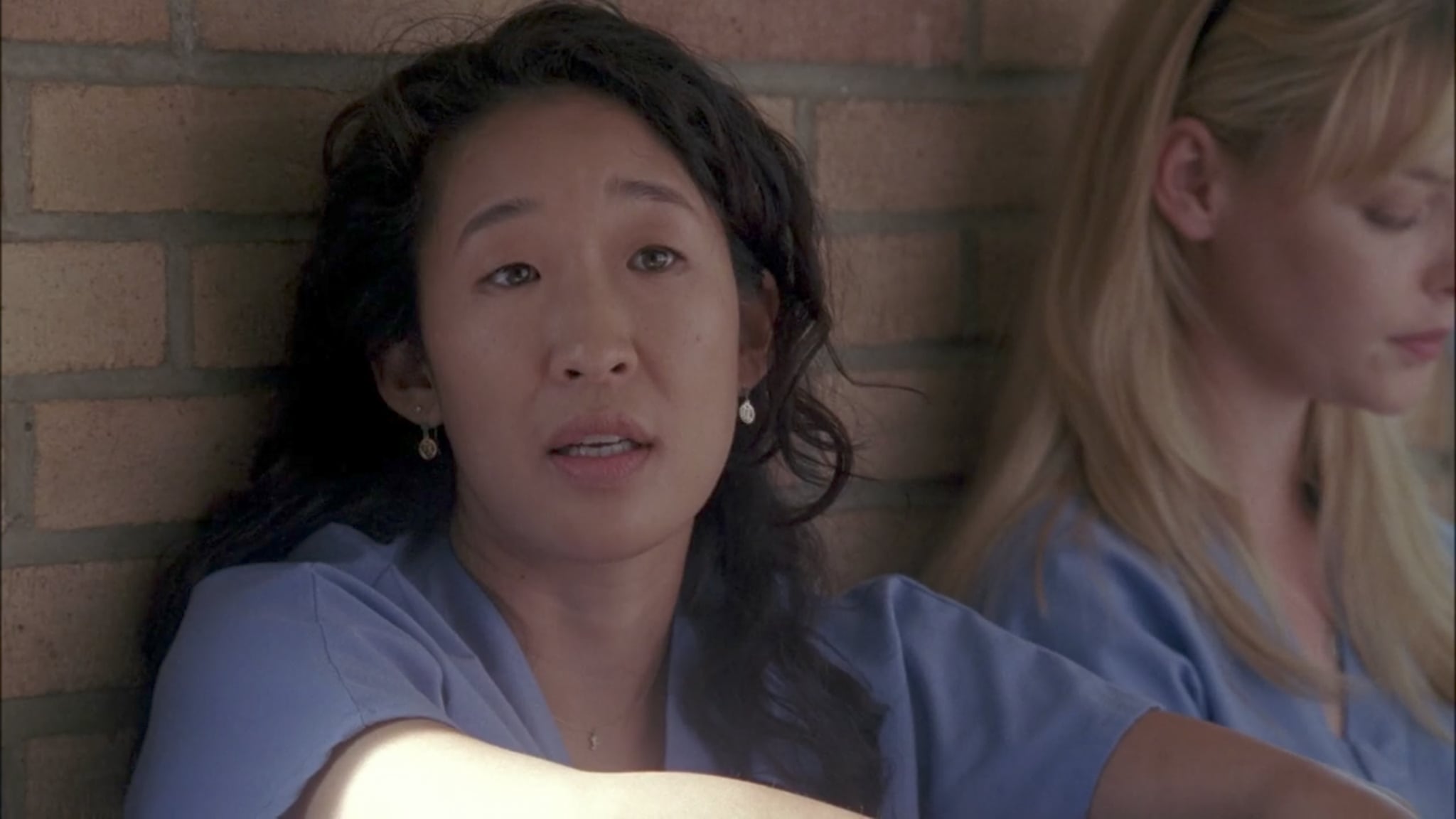 Don't get us wrong, we had our qualms with the Grey's Anatomy season 14 premiere. Owen's sister Megan seems a little bit too fine. Amelia Shepherd is facing a very familiar threat. And Meredith Grey may be on the verge of her next great tragedy. But for all the grief the show can cause with its pitfalls and devastations, sometimes all it takes is one small moment of nostalgia to loop us back in. In the case of season 14's kick-off, Meredith actually uses a very old Cristina quote when talking to Jo. And here's the crazy thing: the Cristina quote in question dates all the way back to the series premiere. Let's go over the glorious parallels.

In the very first episode of the series, all of the interns compete to figure out what's wrong with Derek Shepherd's young patient. As a reward, whoever finds the answer gets the honor of scrubbing in on the surgery. Meredith and Cristina decide to work together. That way, they're that much more likely to figure it out, and hey, at least one of them will get to scrub in. Meredith says she'll work with Cristina, but she doesn't even want to scrub in on the surgery . . . because she's already slept with Derek Shepherd and she's trying to avoid him.

Of course, Meredith and Cristina do end up figuring out what's wrong, and Derek tells Meredith she gets to scrub in. Cristina is dumbfounded, and her shock turns to anger when Meredith doesn't say anything to Derek about not wanting to scrub in or giving the victory to Cristina. When Meredith tries to talk to Cristina about what happened, Cristina snaps. "Don't come to me for absolution," she says. "You want to be a shark, be a shark."

Fast forward to the premiere for season 14. Meredith has decided to give Owen's sister an abdominal wall transplant. She enlists the sub-i (sub-intern) team to help find her donor, promising a familiar prize: the chance to scrub in on a once-in-a-lifetime surgery. When the intern dubbed "Glasses" finds a match, Jo swoops in and secures the family's blessing and brings Meredith in. Meredith gives the scrub-in prize to Jo, and Glasses gets upset, saying he should be the one to claim the prize. But Jo maintains that she's the one who deserves it. Just before the surgery, Jo admits to Meredith that it was Glasses who found the donor and says she's sorry. Mer responds with a familiar quote: "If you want to be a shark, be a shark. Don't apologize for it."

"If you want to be a shark, be a shark. Don't apologize for it."

It's been years since Cristina left the show, but it's still fun to see these little nods to the show's most epic friendship every now and again. It reminds us of the rich history we have with each and every doctor on the show. Also, it just goes to show you: there may be plenty of problems with the show that bubble up over the years. But every once in a while, there's a little nod or a wink that reminds you why you loved the show so much in the first place. Now, we'll just patiently sit here and cross our fingers for Sandra Oh's triumphant return as a guest star. After all, the only one who can do a Cristina Yang quote justice is the woman herself.

TV
Who's Dating Who on Euphoria? A Breakdown of Every Messy Relationship
by Mary Everett 20 hours ago

Celebrity News
Meat Loaf, Louie Anderson, Sidney Poitier, and Bob Saget Are Among the Stars Who Died in 2022
by Naledi Ushe 21 hours ago