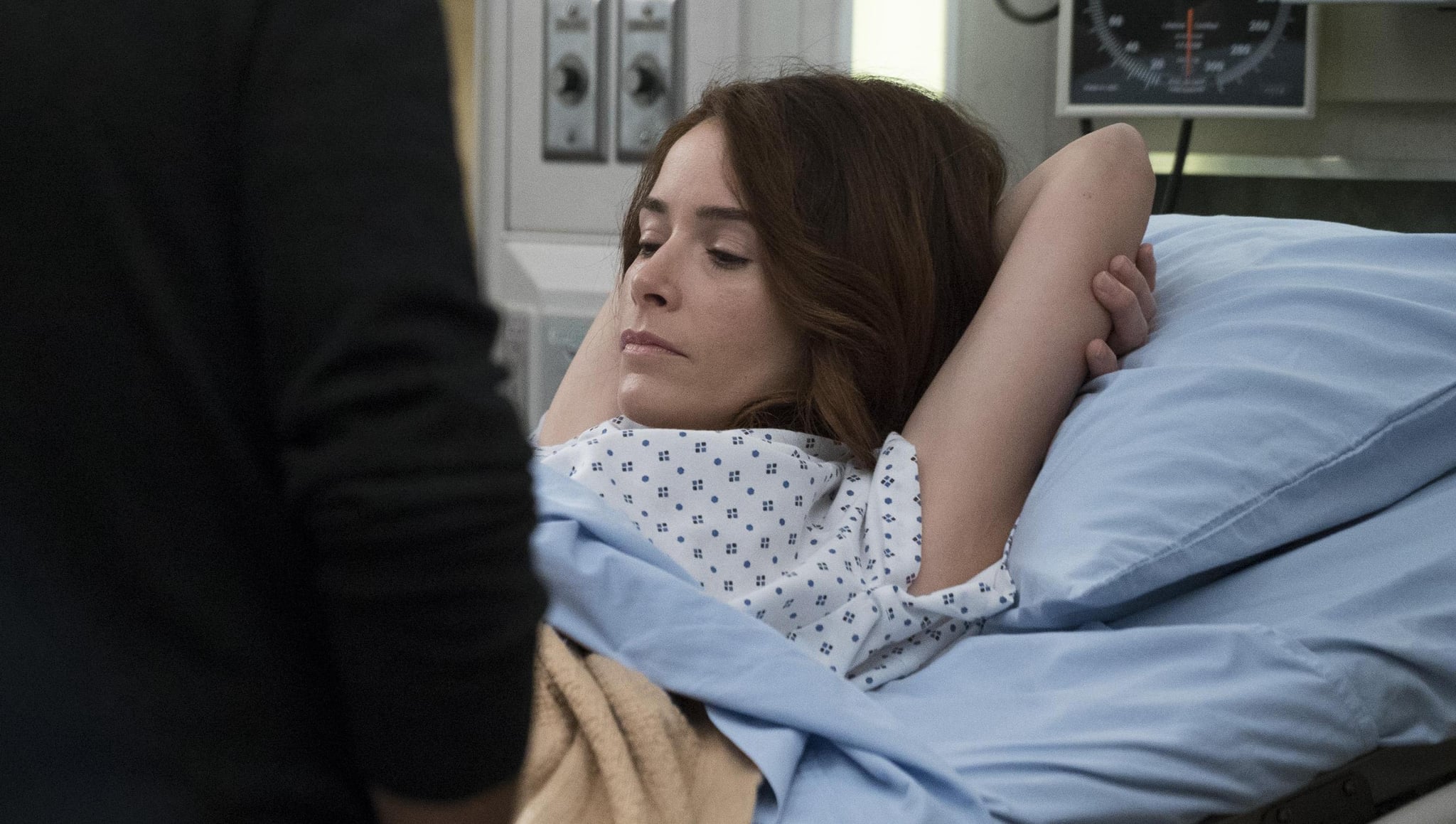 Last week yielded the whopping two-hour premiere of Grey's Anatomy. Despite the fact that we had to grapple with Amelia's very familiar predicament, the grave hints about Meredith's future, and all the sexy underwear time, there's one huge conflict that prevailed over the entirety of the episodes. We're talking about Owen's sister Megan, who turns up alive and well in Seattle more than 10 years after her disappearance. It turns out Megan hasn't been dead this whole time . . . she's been in captivity. And . . . well, she's fine. Almost too fine.

Before we pass judgment on how mentally sound Megan should or should not be, let's run over the facts. A full decade ago, Megan Hunt was in the Middle East with her brother Owen and her fiancé, Nathan Riggs. We hear about this event in piecemeal narratives directly from Owen and Nathan. On the day of her disappearance, Megan knew about Nathan's affair, and Owen had urged her to get some distance. She boarded a helicopter that needed to transfer a critically injured patient. There was only room for one doctor on the helicopter, and the vehicle would fly through unprotected airspace. Megan insisted on going, since it was her patient. Nathan eventually let her go, and the helicopter completely vanished. For 10 years, there was no trace of Megan. And then, suddenly, she's alive.

Megan comes to Seattle, and from the first scene, her character seems . . . off. Even when she's on a stretcher, she makes a joke. She makes a joke! She then explains what happened: "I was not kept in that hole, I was tossed in the hole when the bombing started, they were trying to protect me. Trauma surgeons aren't easy to come by in Iraq . . . I was treated really well! They'd just, you know, kill me if I left." In a later scene, she says, "I'm OK. There were some beatings in the beginning, to make sure I didn't try to escape. But, after a while, I made friends, and played cards, and did surgery, and raised my kid, and I was OK. I didn't want you to waste your life looking for me."

OK, there are a ton of red flags here. First of all, on the most basic level, I find it so hard to believe that Megan was treated well while she was imprisoned in Iraq. This is a war zone! She was captured by the other side! Even if her surgery skills were of use, I still think it's more realistic to believe they kept her in a dark cell until they needed her.

Even if Grey's could sell me a story about a lenient and comfortable imprisonment situation in Iraq — I suppose it's not impossible that she somehow encountered compassionate people behind enemy lines — I still can't believe Megan was just fine with it. I can't believe she just shrugged her shoulders, made friends, and played cards. I don't see how she was content to leave her family and her prior life behind. That she was able to relinquish everything she had known for 20-something years of her life. Even if she was treated well, I'd be more inclined to believe her number one priority was always getting home safe.

As an even more perplexing component to the whole situation, Megan returns to Seattle from her good-natured captive situation and her decision to forget about her entire life, and she's just peachy. She's cracking jokes, she's asking for iced mocha drinks. She doesn't reckon with her trauma at all. She doesn't think, hey, maybe I went through a weird Stockholm's syndrome thing back there. Nothing. There are barely two lines about it. Maybe she's pushing it down. But I imagine that someone who spent 10 years in captivity — a person who was beaten and then threatened with her life if she ever tried to escape — would have a pretty difficult time hiding the emotional toll everything took on her. I think Megan would realistically be an emotional mess.

Perhaps the weirdest part of the whole thing is everyone just goes along with it. Beyond those small moments where she glosses over her experiences, no one asks her to say more. No one orders a psych evaluation. Megan plunges herself into the drama and the gossip at Grey Sloan Memorial Hospital. Instead of focusing on her clear trauma and her 10 lost years, it's mostly about everyone else. Frankly, it's ridiculous. It doesn't matter if she has a kid she's attached to over there. It's irrelevant that they treated her well. Ten years as a prisoner, when you're forced to forget everything you've ever known, is going to f*ck you up. And I wish they gave the character that space rather than boiling her down to misplaced jokes, marriage interventions, and a handful of belly laughs.