Well, lovers of liberty, it looks like we have ourselves a couple of scandalous presidential candidates — and their running mates! As promised, the season five finale of Scandal was full of plot twists, red herrings, and devious schemes. In the end, Rowan — yet again! — has the upper hand as a master puppeteer, keeping both Jake and his "sister" (ewwww) Olivia under his control. Meanwhile, Cyrus has wormed his way onto the Democratic ticket as vice president to Frankie Vargas, the sweet-faced do-gooder from Pennsylvania. Did you see any of this coming? I certainly did not. Let's get political. 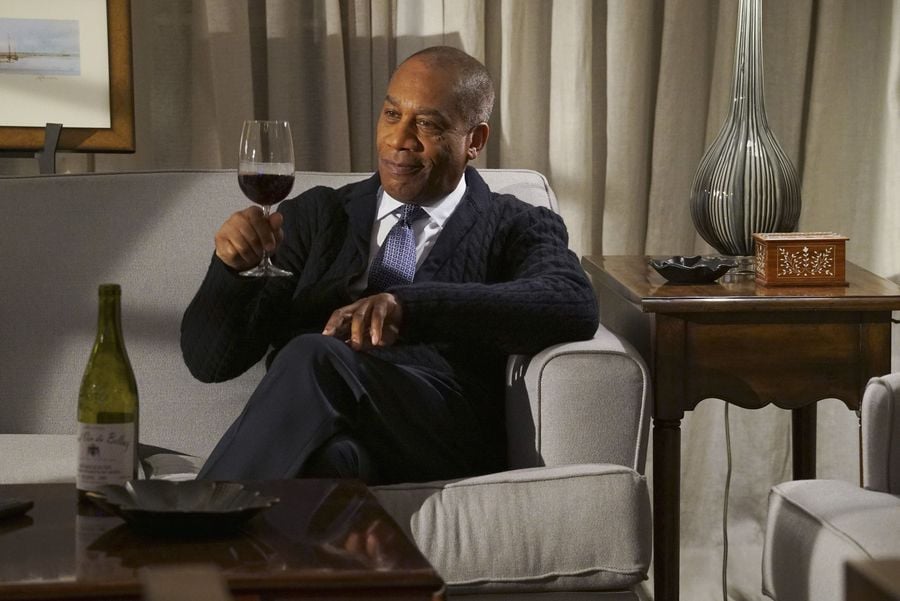 The little donkey that could

Cyrus sings Frankie Vargas's praises so frequently, it almost seems like this devious maid doth protest too much. He goes on and on about how pure and virtuous Frankie is, and ultimately it becomes clear that Cyrus truly wants to be on the side of good — for once. Especially given his rage-filled fantasy spew about how evil Jake Ballard is, you can see why Cyrus might want to actually stand in the sun (if by "sun" we mean Frankie's shadow).

But Cyrus as vice president?! This came as a total surprise, because Cyrus has always been the guy behind the guy. But maybe he just needed a true white knight to believe in and support. Now it remains to be seen what will happen when this white knight goes up against a white hat.

The elephant in the room

After frantically tracking down a suitable running mate for Mellie — a white man who fulfilled the three M's of "male, married, and military" — the Gladiators are usurped when the guy's past comes back to disgrace him. So, Olivia devises a plan to thwack two birds with one stone: give Mellie a running mate and get Jake out from under Rowan's control. Liv announces that Jake will be Mellie's VP (albeit a reluctant one who really just wants to father mediocre kids with Liv) and, to everyone's surprise, Rowan allows it to happen, because of course. He's Command. So, we come back to Huck's words to Liv: "You can't take Command. You have to become Command."

What did you think about the season five finale? Did the presidential candidates choose their veeps wisely? And who will take the White House come November?