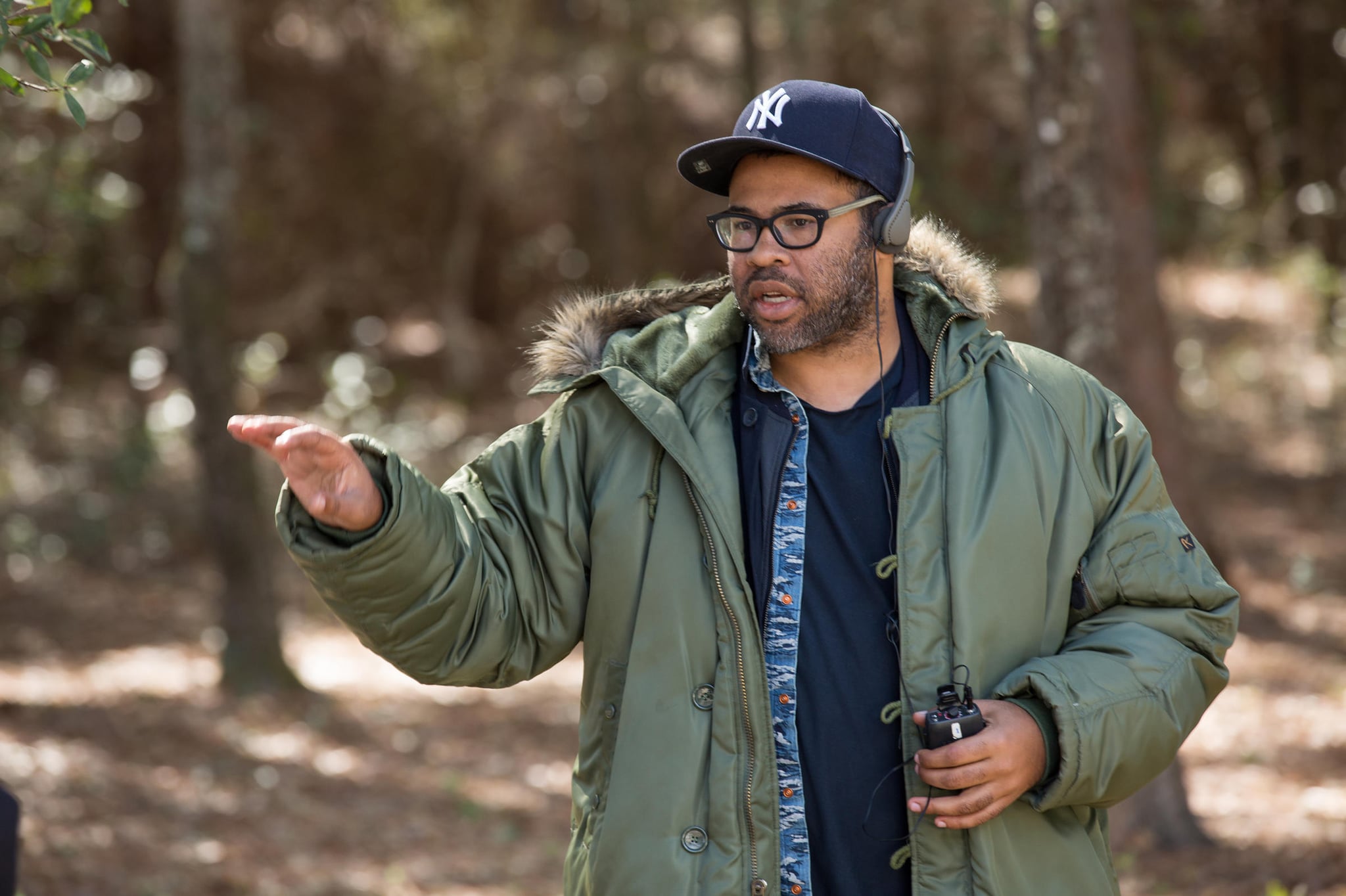 Two of the most commercially and critically acclaimed films of 2017 were directed by a woman and an African-American man, but when nominations for the 2018 Golden Globe Awards were announced on Dec. 11, Wonder Woman director Patty Jenkins and Get Out director Jordan Peele were both shut out of the best director category. Meanwhile, Lady Bird director Greta Gerwig was another woman who was passed over in the best director category, which left out female directors altogether.

Superhero-themed movies rarely secure nontechnical nominations and accolades during award season, so even though Jenkins shattered both studio expectations and the box office, it's often not a surprise when the films and filmmakers in the genre are overlooked. However, with Get Out, Jordan Peele's directorial debut that made more than $254 million worldwide on a $4.5 million budget, the conversations and praise surrounding the instant classic should have made Peele a shoo-in for a best director nod. Instead, Steven Spielberg, Ridley Scott, Martin McDonagh, Christopher Nolan, and Guillermo del Toro, all talented and deserving in their own right, will face off for the honor when the Golden Globes air on Jan. 7 — without arguably the most ambitious director of the year in the running.

The first time I saw the trailer for Get Out pop into my Facebook feed in the Fall of 2016, I knew it would be special. The trailer was brief with just enough detail to convey the central storyline. Unusual things happen when Chris, an African-American man played by Daniel Kaluuya, meets the family of his girlfriend, Rose, played by Allison Williams. It looked nothing like the 1967 Sidney Poitier classic Guess Who's Coming to Dinner and every bit on par with the psychologically unsettling thrillers that have come to dominate over the last five years thanks to films like It Follows, Split, and The Gift.

Fast forward to the 2017 Sundance Film Festival, and I found myself among the lucky few who scored tickets to the festival's surprise midnight screening, where Peele, who conceived the idea for Get Out eight years before it was made, premiered the thriller and received a standing ovation before going into his first of what would soon be many conversations about the film.

Got a chance to see #GetOut. @JordanPeele is a genius. #Sundance

Non-Oscar Tweet: Jordan Peele's GET OUT is a near-masterpiece. A brilliant horror script (possible!) that blends shocks & laughs. #sundance

What soon followed was an avalanche of fan theories, think pieces, social media memes, and discussions about everything from what genre Get Out fits in to the dangers of liberal elite racism and how the media and entertainment frames white womanhood. Allison Williams herself even spoke out on Late Night With Seth Meyers about how fans have felt the need to cast her character as a victim to justify her heinous actions. Peele's masterful storytelling, unique vision, and perfect timing made for a film that tapped into real issues in a way that was inclusive and reflective, a task that many celebrated filmmakers have yet to master.

Fans were furious when it was announced that Get Out would be eligible for best comedy or musical instead of best drama early in November, as many saw the decision as a slight to trivialize the very real issues that continue to plague men and women in the black community, with the Hollywood Foreign Press Association, the organization the heads the Golden Globes, leaning more into the comedic and satirical moments that establish the film's voice instead of honing in on the issues of racial stereotyping, unfair police practices, and the buying and selling of black bodies, a topic that is even more relevant now because of the plight in Libya, that define the film's message and tone.

Despite the backlash, Get Out secured a nomination in the category (Kaluuya also snagged a nod for best actor in a motion picture, musical or comedy) and has a real shot of winning, but by failing to acknowledge the genius and bravery of what Jordan Peele has done as a first-time director, the Golden Globes is sending a message that, while impressed with Peele's work and the cultural impact Get Out has had, they still have reservations about Peele's ability and effectiveness as a director. If directors aren't toying with genre conventions, exploiting our own deep-rooted thoughts and beliefs and using the lens to reflect society, all things that Peele has done, then are they truly exceptional?

Black filmmakers have also been historically underrepresented, as Spike Lee, Steve McQueen, Ava DuVernay, and Barry Jenkins are the only black directors to be nominated by the Golden Globes. Accolades don't define success or impact and Peele's career is on the rise, but recognition remains a very real form of currency in Hollywood. Creatively and culturally, few directors have made a greater impact with their works this year as Peele has, and though his snub caught many by surprise, it's indicative of an industry that is still unsure of how to embrace work and creators that defy labels and genres. "You have to be twice as good to get half as much," is a common saying in the black community, and this oversight, in a time when diversity in storytelling is creatively daring and receiving universal praise, is a reminder that at times, being twice as good is still not enough.