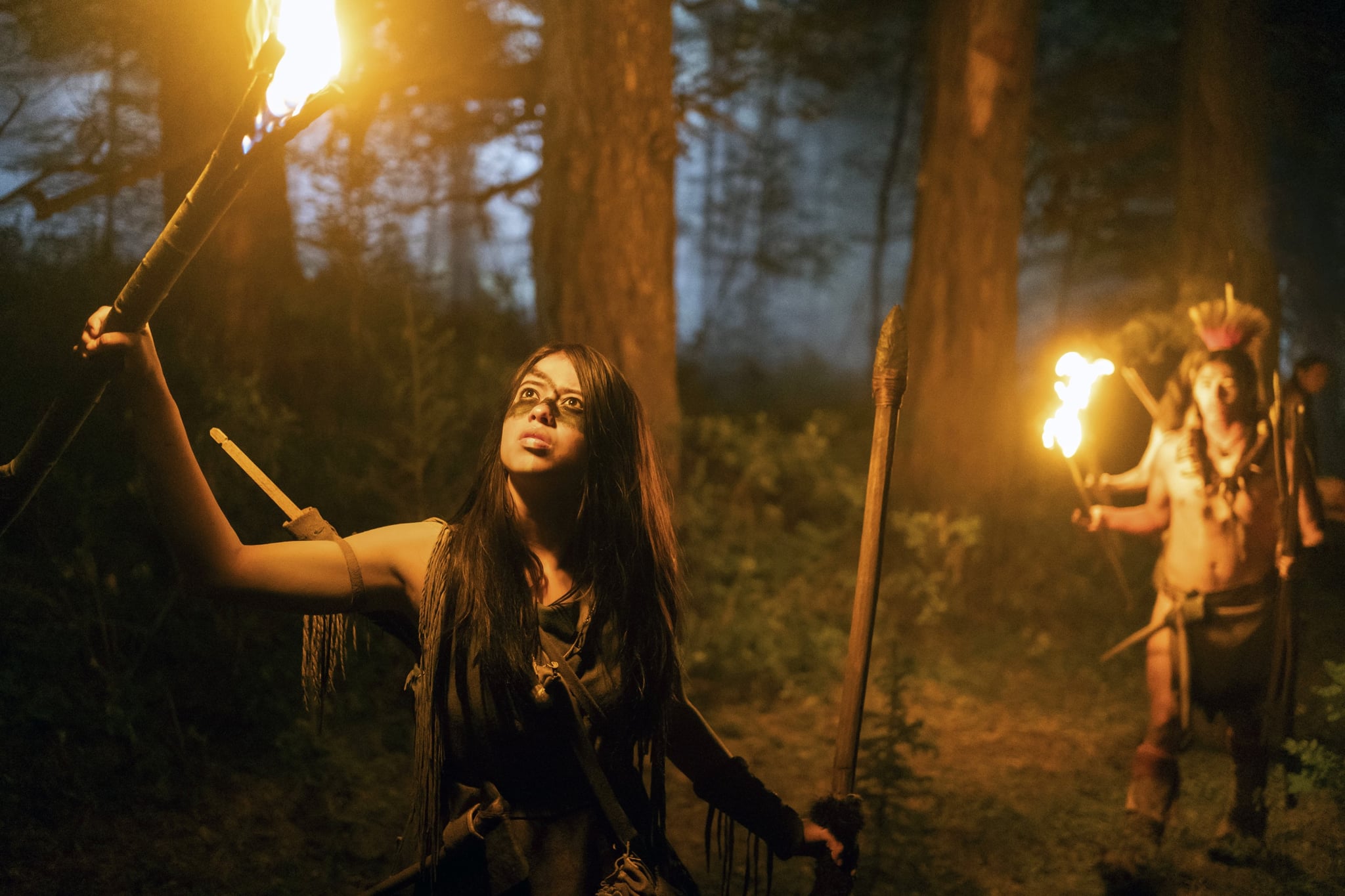 "Prey," the new prequel to the Predator movies, is a more-than-worthy addition to the franchise. Grounded by lead actor Amber Midthunder's performance, it's a tight, breathless ride from start to finish. It's also exceptional (and earning rave reviews) for another reason: it stars a Native cast and features genuinely authentic representation, largely thanks to how closely it worked with actual members of the Comanche tribe.

For Midthunder, who is herself a part of the Fort Peck Sioux Tribe, the chance to showcase Indigenous culture on screen was both welcome and necessary. Midthunder is grateful "we got the opportunity to kind of break down" stereotypes, she says. "I'll find a lot of people didn't know that like, 'Oh, Native people are actually really well kept or actually very intelligent, or very skilled, or very strategic' — not the things that you normally see, which is either hyperspiritual or extremely violent. We have characters that are full people with emotions and desires and a variety of personalities and relationships."

"Prey," released via Hulu on Aug. 5, centers on a young Comanche warrior named Naru, played by Midthunder. Set in 1719, it begins when Naru, determined to become a hunter like her brother, witnesses what she believes to be a thunderbird — or a gigantic winged creature based in Native mythology — but is really the arrival of a Predator ship. Before she sees the actual bloodthirsty alien, which was first introduced in 1987's "Predator," she notices signs that something is amiss: strange, glowing green blood splashed on the trees around her and gigantic footprints bigger than any bear's. It all creates a sense of ominousness that ultimately breaks into explosive action.

"Prey" is also a story about colonialism, and it's not difficult to note the similarities between the brutality of colonization and the Predator's deadly invasion. After a run-in with the Predator during a hunt, Naru is trapped by French fur traders who interrogate her about what she's seen and torture her brother. Indeed, as Midthunder says, there's "all kinds of stuff inside of a movie that has a giant space alien."

To make the film's Comanche representation authentic, actual Comanche members were not only consulted but also kept at the heart of the entire filmmaking process. The movie's producer, Jhane Meyers, is an enrolled member of the Comanche Nation, and "she was a part of this from the very beginning, just making sure that things were accurate and being involved," Midthunder says.

Director Dan Trachtenberg was also sure to adhere to historical accuracy without falling into traps like virtue signaling and cliché. "Dan was so open and so much wanted to include everything that he possibly could about the culture," Midthunder says. "Not even like in a huge way that always pushes it in your face, because it's just how people live." Even the smallest details, such as the shape of Naru's toothbrush, were checked for authenticity. The film also gives audiences the opportunity to watch with a Comanche dub or Comanche subtitles — the first movie ever to offer that option.

Featuring a woman from the Comanche Nation in the role of a valiant protector and warrior was also a choice rooted in tradition. "Even outside of the 'Predator' element . . . Comanches are known for being incredible hunters and warriors," Midthunder says. "They're strong, fierce, incredible."

Those same descriptors could be used to describe Midthunder's performance. The 25-year-old, known for her appearances in "Roswell" and "Legion," underwent months of combat training for the role. The filmmaking process, which took place in the wilderness of Calgary, Alberta, Canada, was also no small feat for the entire team. "The action was wild," she says. "There's a story about every single scene." One scene that takes place in a river required an hour's journey outside of town, a hike down a mountain, and a boat ride through icy waters.

Another scene takes place in a burning glade. "It felt like we were never going to leave," Midthunder says. "It was just this huge terrain of black ash and soot and coals. That smoke had weird chunks of ash in it. We'd be talking, and then it would land in your mouth — you couldn't see anything because it was so thick. It would come in a wave, and suddenly you're like, 'I'm going blind,' and then it would go."

For Midthunder, it was all part of the ride. "Every day offered some new wild experience," she says — of course, it would all be worth it in the end. "There was never one moment that was not just challenging and exciting," she adds. "Looking at the final product, [I'm] really proud."