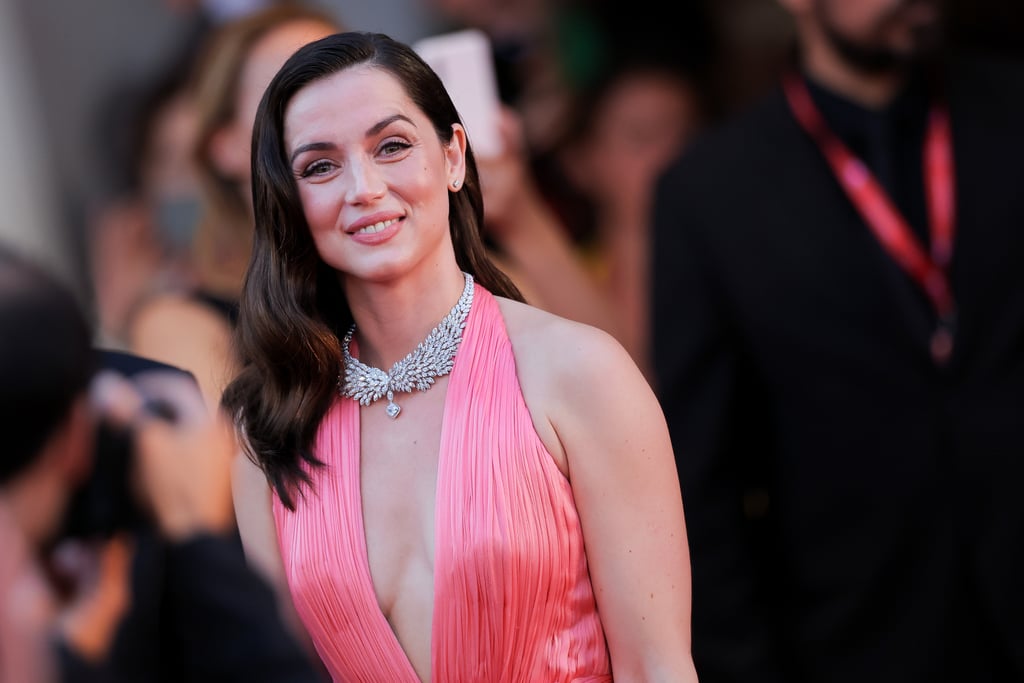 Ana de Armas worked with a familiar furry face in "Blonde": her dog, Elvis. While promoting the film on "Late Night With Seth Meyers" on Sept. 20, the actor revealed that her 13-year-old Maltese portrays Marilyn Monroe's dog, Mafia, in the upcoming Netflix biopic, alongside a cast that also includes Adrien Brody, Sara Paxton, and Bobby Cannavale.

De Armas teased that Elvis shot two scenes, but one wound up getting cut, leaving an appearance that sounds quite pivotal to the plot. "When I watch it, I don't know how to feel because of course, it's a very serious, important scene in the film. And then at the same time, I'm just looking at him and I'm melting," she admitted.

We have "Blonde" director Andrew Dominik to thank for Elvis's cameo; after selecting de Armas to play Monroe back in 2019, he noticed her fluffy white pup's uncanny resemblance to the late Hollywood icon's own dog. Featuring him was a no-brainer, especially because he's a seasoned vet on set. "He's very well behaved," de Armas said of Elvis. "He's 13, so he's been on sets with me."

"Blonde," which hits Netflix on Sept. 28, explores Monroe's tumultuous childhood, rise to stardom, and romantic troubles. It's the first Netflix original movie to receive an NC-17 rating due to some sexual content — a distinction that limits theater ticket sales. De Armas recently shared concerns over her nude scenes going viral once the movie is available for the masses. "It's upsetting just to think about it. I can't control it; you can't really control what they do and how they take things out of context," she told Variety. "I don't think it gave me second thoughts; it just gave me a bad taste to think about the future of those clips."

Read ahead to hear what else de Armas had to say about her role in "Blonde" — and to see just how spot on her dog's casting was.