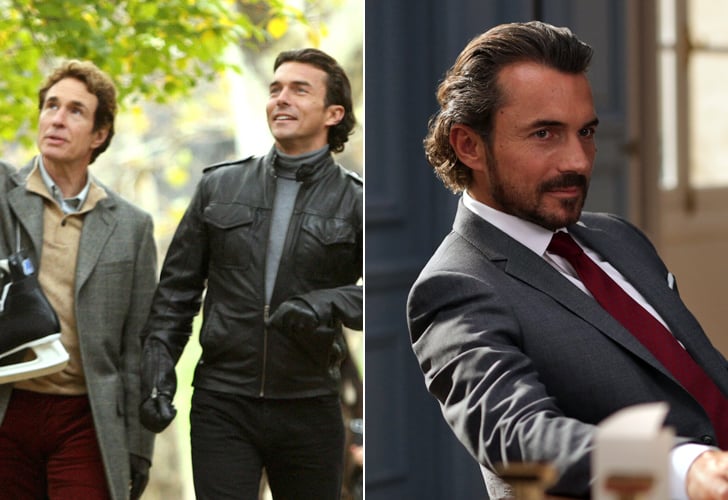 Emily in Paris: The Hunky French Guy Who Plays Antoine Was Also on Gossip Girl, and I'm Shook

Netflix's Emily in Paris is filled with plenty of eye candy to keep viewers hungry for more episodes: the gorgeous setting, the chic outfits, the buttery croissants, the always-full glasses of wine, and, of course, the ridiculously attractive men. We've got Gabriel (Lucas Bravo) and Mathieu (Charles Martins), the two European hunks who both wind up earning the affection of Emily Cooper (Lily Collins), but we've already waxed poetic about who should end up with her. We're here to talk about Antoine Lambert, the seductive owner of a parfumerie and a client of the marketing firm Emily works for.

As soon as we caught our first glimpse at Antoine in the second episode, we immediately thought to ourselves, "Whew, break me off a piece of that pain au chocolat!" but then quickly followed that up with a "Hold up, why does this man look so gosh-darn familiar?" And that's when it clicked: the actor who portrays him, William Abadie, also played Roman Garrel on Gossip Girl — y'know, the French model whom Blair Waldorf's father, Harold, leaves his wife for, who can't ice skate to save his life. Antoine has the same luscious, perfectly tousled hair Roman did on Gossip Girl, but the addition of some facial scruff and a handful of pristinely tailored suits makes his character even more seductive, if we say so ourselves.

Related:
These Behind-the-Scenes Emily in Paris Cast Photos Will Have You Daydreaming About Paris

Considering the fact that Emily in Paris has already gleaned Gossip Girl comparisons since hitting Netflix, we were delighted to put the pieces together and discover Abadie's involvement in both shows. What's more is the French star has also appeared on tons of other big-name series through the years. Back in 2003, he made a cameo on Sex and the City as Tony, a potential date for Charlotte, and he's also been on Homeland, Gotham, The O.C., and Ugly Betty, to name a few.

One thing's for sure: no matter what role he's playing, Abadie looks damn good while doing it. Admire some of his most smoldering moments in Emily in Paris ahead if you somehow don't believe us.