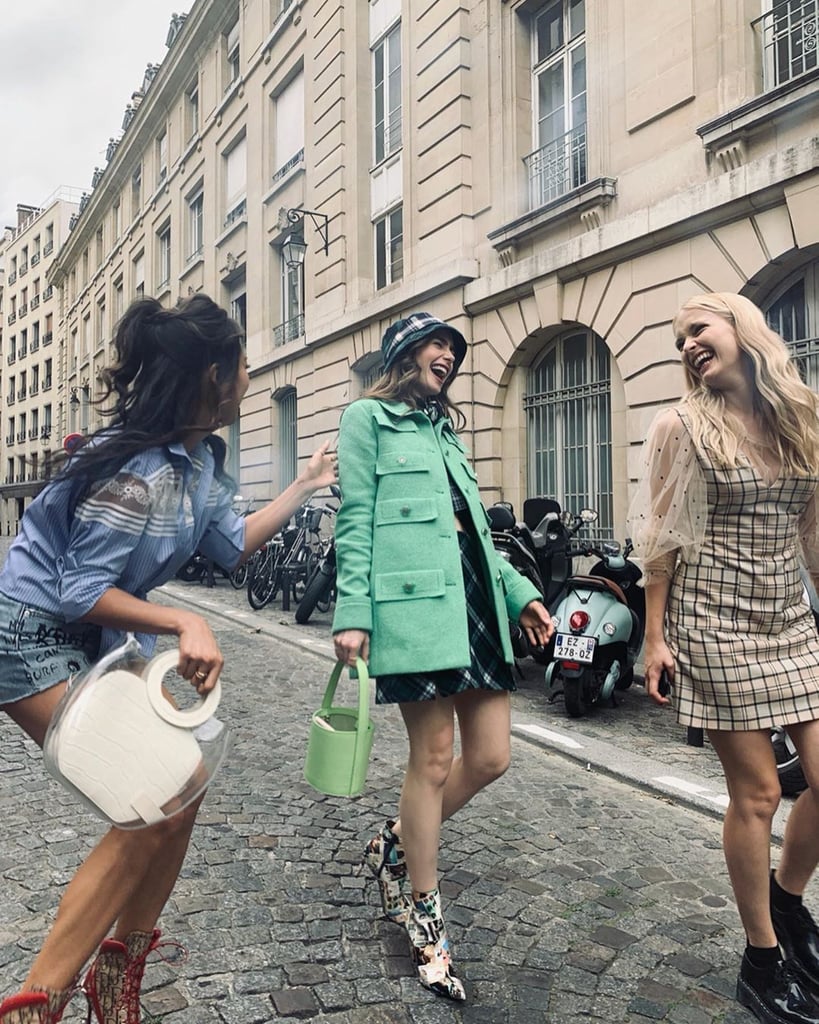 If there's one major takeaway after devouring Emily in Paris, it's the realization of how badly we wish we could transport ourselves to Paris and roam around the romantic streets a la Emily — baguette in one hand and a glass of wine in the other. There's something magical about a show that creates an extremely fun world for us to escape in, and this latest Netflix series does just that.

If you can't get enough of Emily (Lily Collins), Mindy (Ashley Park), Gabriel (Lucas Bravo), and Camille (Camille Razat), we've compiled some of the best behind-the-scenes photos of the cast hanging out on and off set. In the meantime, we'll be patiently waiting for a second season.