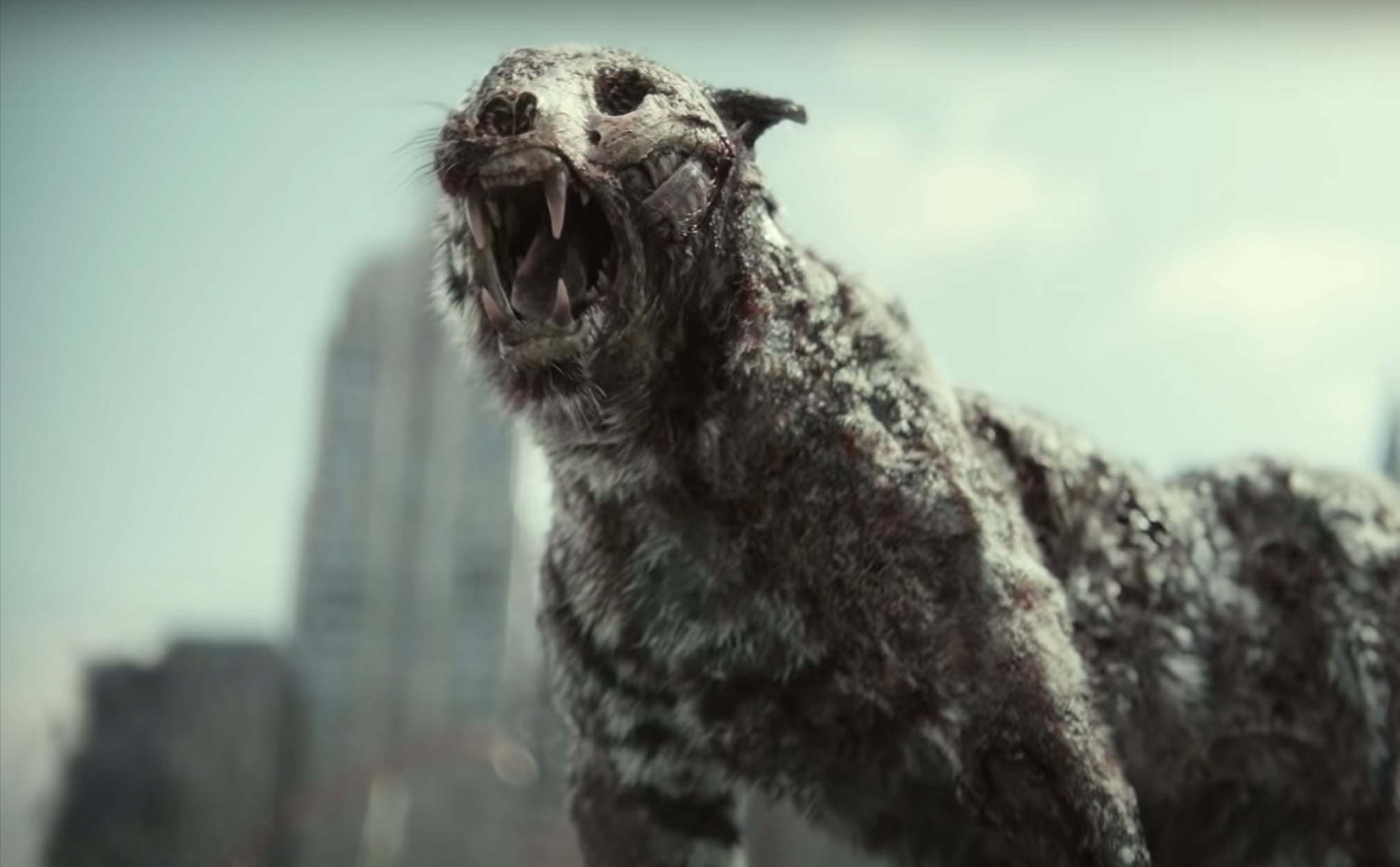 Created, directed, cowritten, and coproduced by Zack Snyder, Netflix's new zombie movie Army of the Dead follows a group of mercenaries who come together to retrieve a whopping $200M sitting in an LA casino vault. The catch? The city is riddled with zombies, and they only have a 32 hour-window to accomplish their mission before the place gets seized by a nuclear strike to rid the place of the undead. To ramp the thrilling quotient all the way up, the movie is filled to the brim with super-evolved zombies. But, even among the decaying crowds, the one undead character who easily takes the cake is Valentine — a white tiger zombie.

Given the Sin City setting, the writers snuck in a line that references Valentine as one of Siegfried and Roy's wide collection of tigers. In case you missed that particular chapter of Vegas history, Siegfried & Roy were a well-renowned duo of entertainers and magicians that sold out the theater at Mirage many a time from 1990 up until a notorious performance on Oct. 3, 2003. During that unfortunate routine, Roy Horn was dragged off stage by a seven-year-old white tiger named Montecore. The incident rendered him severely maimed with a broken spine, massive blood loss, and several other injured body parts while also suffering a stroke either after or due to the incident. Although he survived the accident, their performances were few and far between following the attack. Horn died in May 2020 due to complications arising from COVID-19, while Siegfried died in January of 2021 following a battle with pancreatic cancer.

During the virtual panel for Justice Con in April, the producers revealed the source of their inspiration for the showstopping zombie tiger, Valentine. Snyder and the VFX team were on the lookout for a real-life reference that would help them sculpt and flesh out a believable 3D model for Valentine. Their first instinct was to scope out the white tigers located in Siegfried & Roy's Secret Garden and Dolphin Habitat, but they had to shift the focus of their search somewhere else due to the old age and frail physical nature of those tigers. So they looked elsewhere . . . at Baskin's Big Cat Rescue.

Long before Tiger King became one of Netflix's biggest hits of 2020, the VFX team turned to Carole Baskin's sanctuary for help. According to the filmmakers, this find was incredibly helpful in letting the visual effects team members get essential shots of the animal that helped them create a lifelike tiger zombie, aka Valentine. Check her out in the trailer ahead!