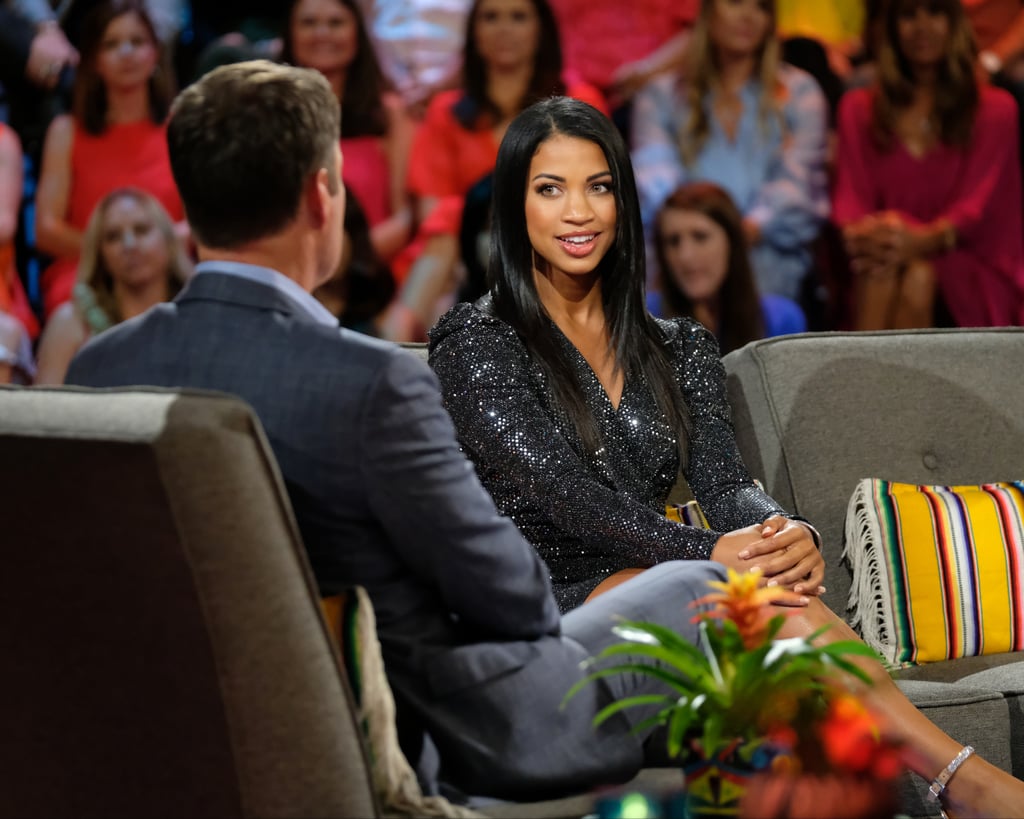 Katie Morton and Chris Bukowski had a challenging time on Bachelor in Paradise season six. There was an obvious connection between the two, but it seemed like Katie was putting herself out there more than Chris. However, after their fantasy suite date, Chris seemed as sure as Katie was to move forward and he got down on one knee. All was happy in Paradise, right? Well, then it was time for the real world.

During the BIP reunion show, Katie came out on stage solo without her engagement ring. She said that she just wants reciprocated effort from Chris or, as she put it, "the bare minimum."

"I fell in love with potential that may never come to fruition, but I'm just praying it does," Katie said.

Chris joined Katie on stage and they talked through things. Chris said that he wanted to give her all the things she needs from him. While their relationship didn't just suddenly turn perfect during that talk, he put Katie's engagement ring back on and they decided to move forward.

The night the BIP finale aired (Sept. 17), both Chris and Katie posted Instagram Stories where they tagged the same hotel in New York City, followed by emotional Instagram posts confirming their relationship shortly after. While they both recognize that it will be hard work, they love each other enough to try. Aww!