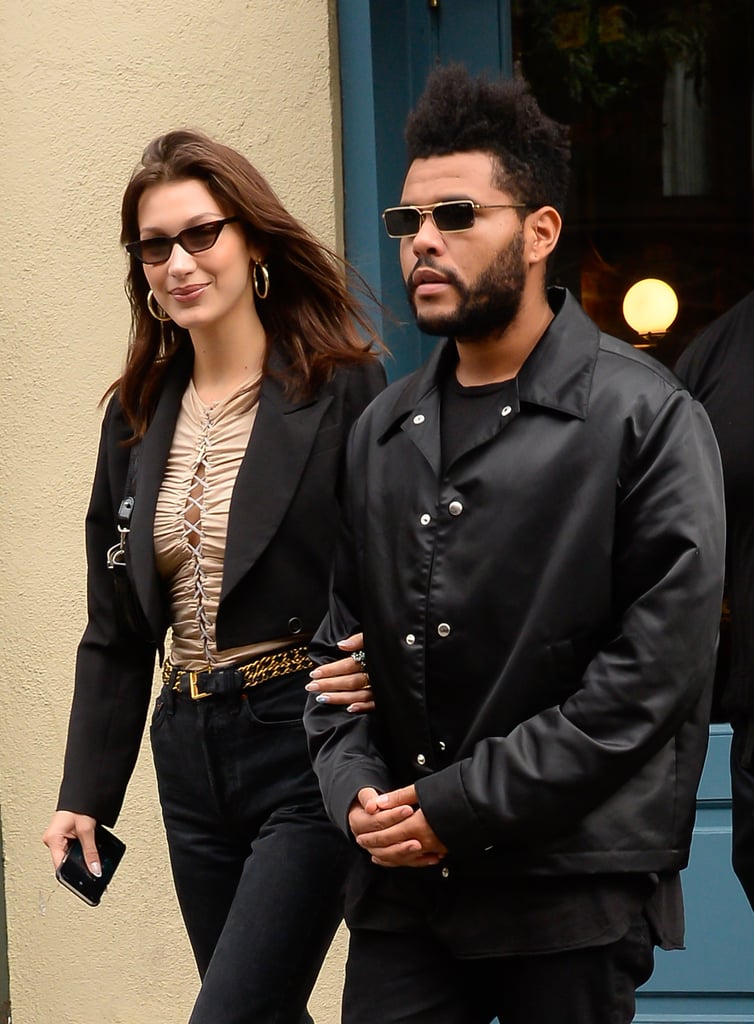 Is it just me, or does The Weeknd sound like he wants to get back together with Bella Hadid? After almost four long years, The Weeknd released his fourth studio album, After Hours, last week, and it's filled to the brim with references about his ex. The Weeknd and Hadid famously dated on and off from 2015 to 2019, but it seems like the singer may be having second thoughts about their split. In fact, in "Snowchild," many fans are convinced they hear the model giggling in the background. To top it off, The Weeknd just released three new songs in a deluxe edition of the album, and two of those seem to include lyrics about his ex. Hmm . . . It's unclear if Hadid has heard the album yet, but it sure sounds like The Weeknd had her on his mind when he wrote it. Keep reading for a track-by-track breakdown of all the references.

The Weeknd's SNL Serenade Is So Smooth, You Almost Forget It's About Sleeping on the Couch
Previous Next Start Slideshow
The WeekndBella HadidCelebrity CouplesMusicCelebrity Breakups