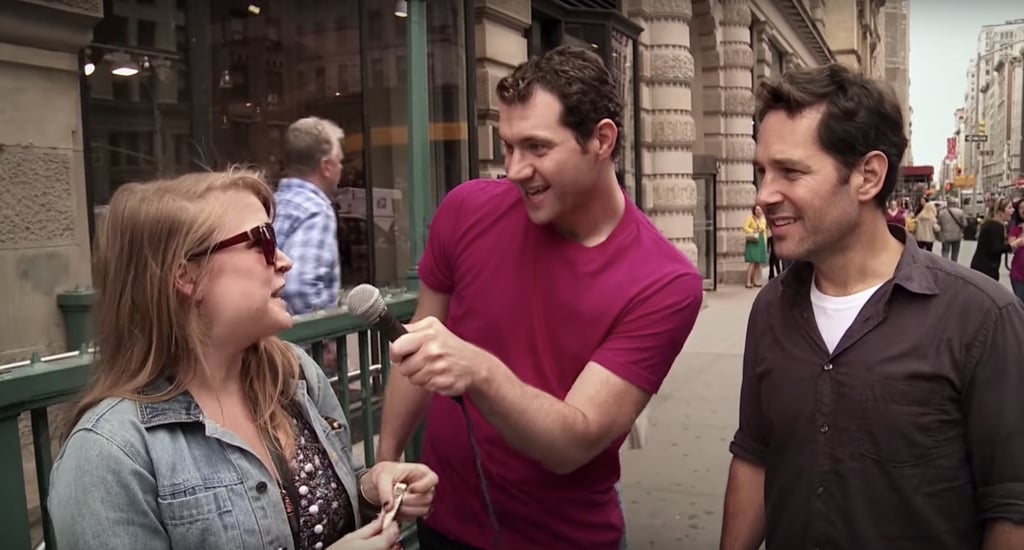 Now that Billy Eichner is sharing screen time with Beyoncé and meeting Meghan Markle and Prince Harry, it's hard to remember that he actually got his start screaming in the faces of unsuspecting New Yorkers in his Billy on the Street Funny or Die web series. But thanks to Netflix's decision to bring the series to its streaming service, we are reliving the hilarity that is Billy Eichner and his cabled microphone. The former Parks and Recreation star is limitless in his creativity and his ability to bring celebrity guests out of their shells. If you haven't gotten on the Billy on the Street train yet, we have several suggestions for your journey! Get ready to see the power of a dollar.

Previous Next Start Slideshow
Billy On The StreetNetflixTVBilly Eichner

Netflix
An Update on Where Dr. Donald Cline From "Our Father" Is Now
by Pallavi Bhadu 26 minutes ago