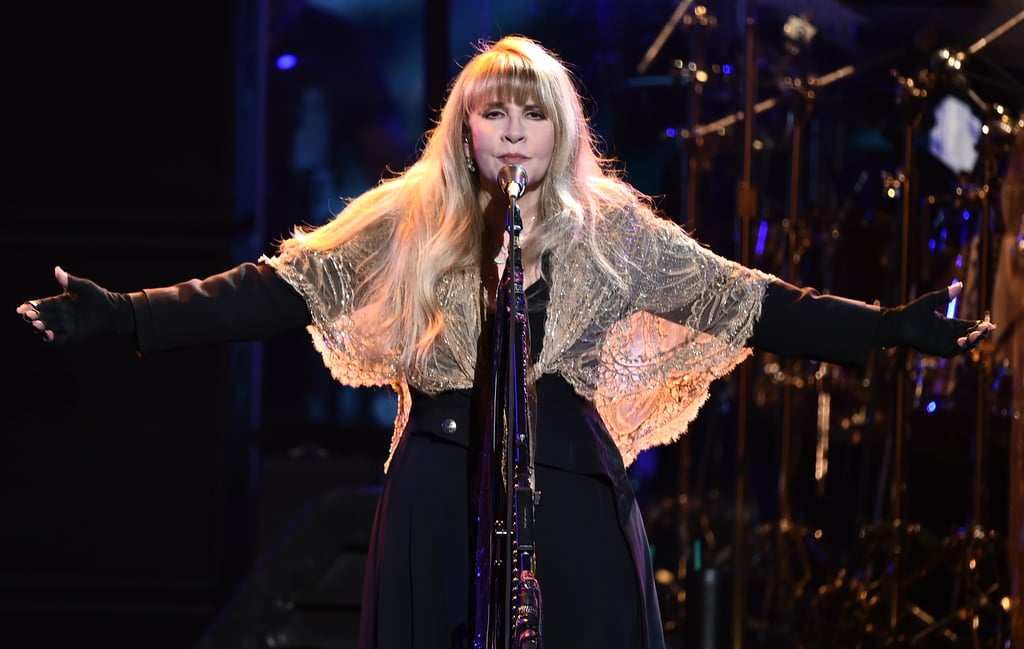 The cranberry juice TikTok has been one of the most wholesome internet gifts of 2020. The clip, made by @doggface208, has over 64 million views so far and has resulted in 16.1 million streams of the video's backing track: Fleetwood Mac's 1977 hit "Dreams." People are so in love with the song that it's hit Billboard's Top 10 chart for the first time since its release 43 years ago. In fact, the video has become so popular that even Stevie Nicks and Mick Fleetwood, two of the band's original members, have recreated the TikTok on their own accounts.

As a lifelong Fleetwood Mac fan, I'm psyched that people are so in love with the song, but the band has a ton of other incredible hits worth checking out. In order for you to experience the same joy I did the first time my dad played "Rhiannon" in the car or the time I froze in the toothpaste aisle of a Target because "Landslide" came on over the speakers and nobody warned me, my fellow Fleetwood Mac fans and I have compiled a list of some of the band's greatest songs. Give 'em a listen ahead, and if you click on "Songbird," be sure to have some tissues nearby.

Related:
Everyone — and I Mean Everyone — Should See This Halloween Version of That Viral Fleetwood Mac TikTok
Previous Next Start Slideshow
MusicTikTokFleetwood Mac