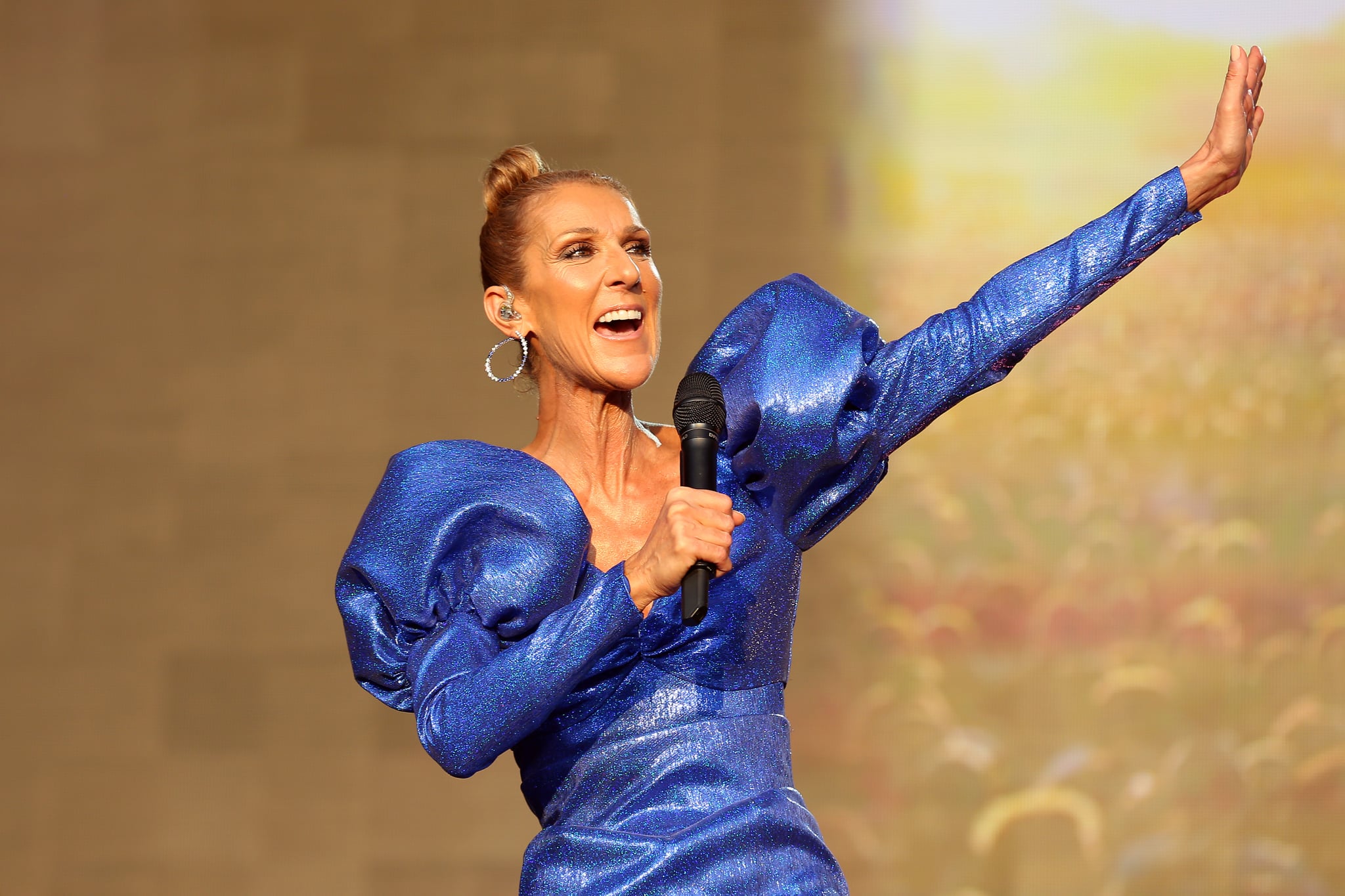 Celine Dion just released three new songs! We repeat, Celine Dion just dropped brand new music, and it's available to stream, purchase, and learn every single word to right now. On Tuesday, Dion took to Instagram to post three photos announcing that not only would her Courage World Tour be kicking off in Québec on Sept. 18, but she would also be dropping three songs from her brand new album of the same name. In one photo, Dion is wearing a dazzling red, glittery gown, standing with her back to a fire, while a second post is captioned with "Courage don't you dare fail me now." Courage, which is her 27th studio album, is set for release on Nov. 15, but in the meantime, you'll no doubt have her new songs — Imperfections, Lying Down, and Courage — on repeat.

Team Celine has been sharing behind the scenes photos of Dion preparing for the tour over the past week, and we can feel the hype building from here. Dion has also been having a fashion renaissance of sorts in the past few months that we have all not-so-quietly been living for — setting trends for asymmetrical jeans (among other thing) and cementing her place as the Queen of Couture. Now, she's going back to her roots, releasing music yet again, and you'll have to excuse us while we try to score last minute tickets to one of her shows.