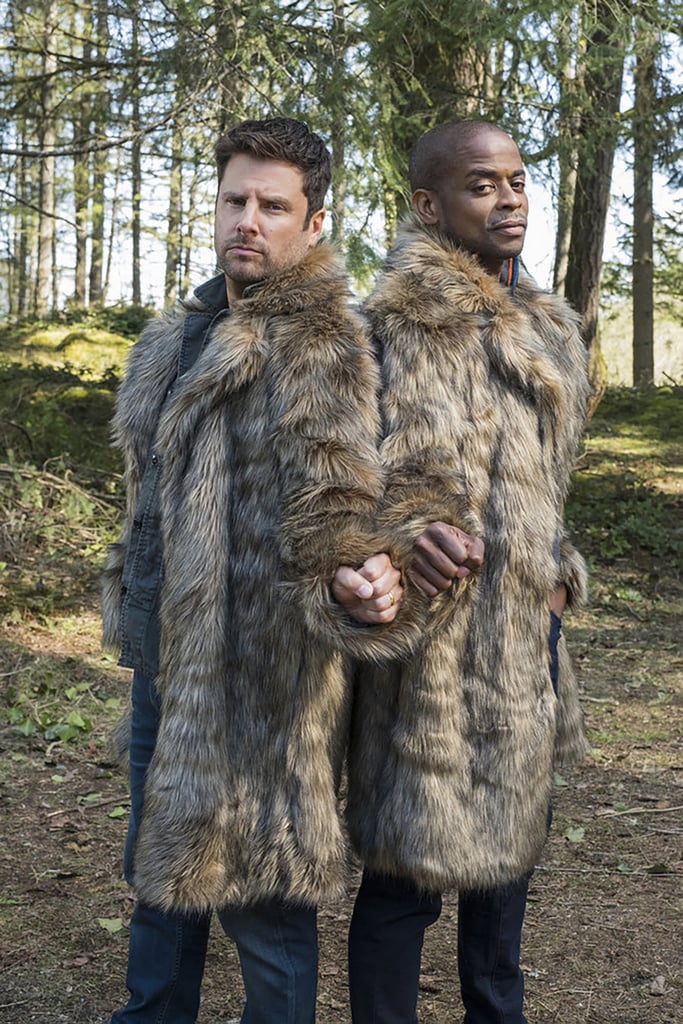 Psych 2: Lassie Come Home Is the Perfect Ode to Your Favorite Characters

It's been six years since Psych went off the air and three years since the release of Psych: The Movie, but in Psych 2: Lassie Come Home, it feels as if no time has passed for our heroes, Shawn Spencer (James Roday) and Burton "Gus" Guster (Dulé Hill). This time around, they're out to help their friend Carlton Lassiter (Timothy Omundson) as he recovers from both a shooting and a stroke at the Herschel House Hospital. It's worth noting that the storyline involving Lassiter's recovery mirrors Omundson's own recovery from the stroke he had in April 2017, which led to his reduced role in Psych: The Movie.

While Shawn and Gus sneak around Santa Barbara trying to solve Lassiter's case, their significant others, Juliet O'Hara (Maggie Lawson) and Selene (played by Hill's real-life wife Jazmyn Simon), do some sneaking around of their own; Juliet tries to find the missing bullet from Lassiter's case and Selene tries to find out if Gus is cheating on her with Lassiter's nurse, Dolores (Sarah Chalke). Of course, neither group does it without enlisting help; Shawn and Gus get some assistance from Shawn's dad, Henry (Corbin Bernsen), and Juliet gets help from Chief Vick (Kirsten Nelson).

The movie is filled with all the references, nicknames, and ridiculous antics you'd expect in a follow-up Psych movie. It's also the perfect tribute to Omundson, whom it was nice to see return as the Lassiter people know and love. That being said, nothing in the movie goes as planned for the investigative duo and while Lassiter is worried he may be seeing things — including the ghost of his father (played by Omundson's friend Joel McHale) — Shawn and Gus run into a few old friends along the way. Keep reading to see just who those familiar faces are and what role they play in Psych 2: Lassie Come Home, which is now streaming on Peacock.