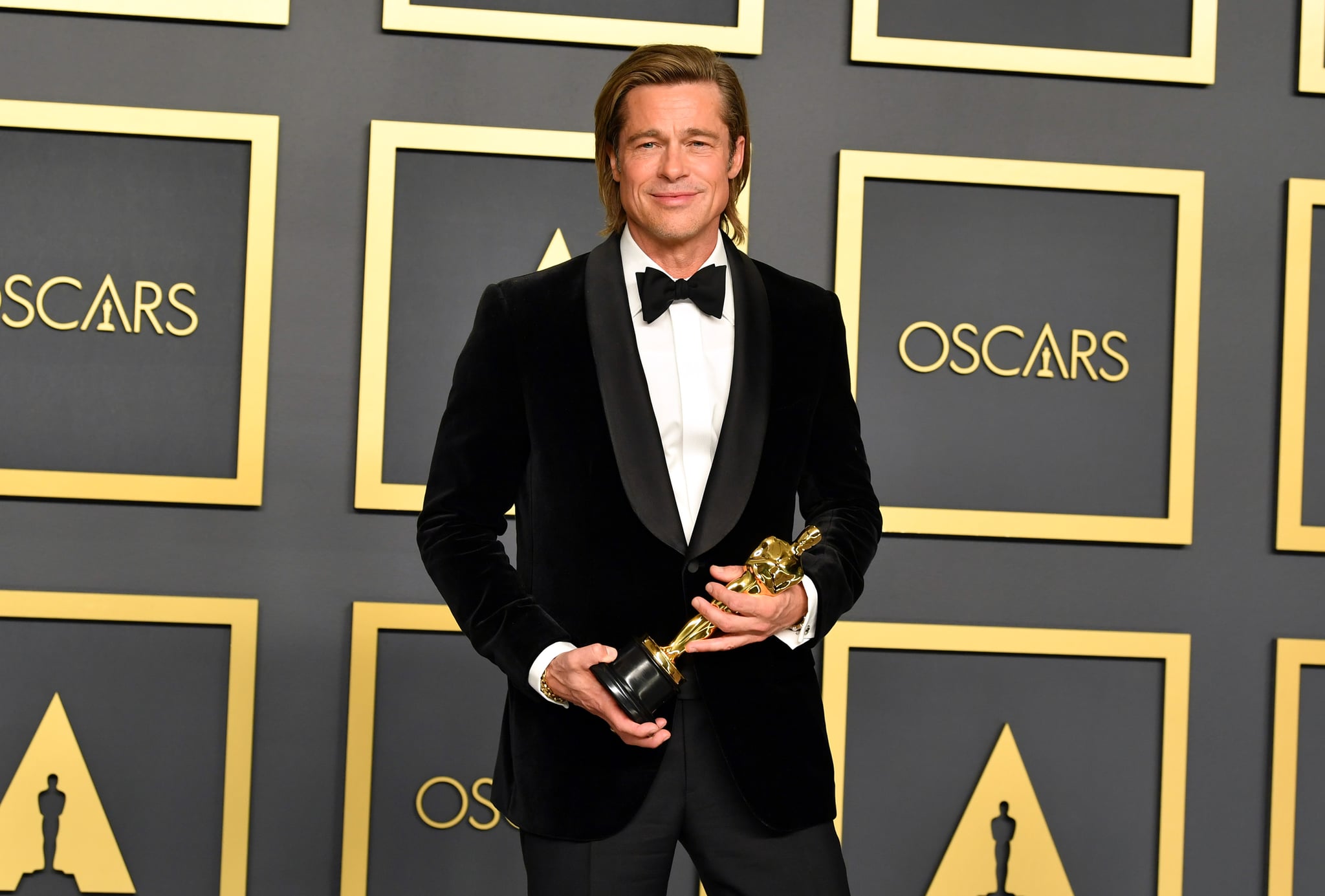 Once Upon a Time in Hollywood star Brad Pitt has had plenty of memorable acceptance speeches during the 2020 award season, prompting many to wonder if he had secretly hired a speech writer.

Nope. The best supporting actor Oscar winner assured journalists who were backstage in the press room for the Academy Awards that the prose was all his.

"Historically, I've always been really tentative about speeches, like, they make me nervous," Pitt admitted. "So, this round, I figured [I'd] put some, like, some real work into it and try to get comfortable, and this is the result of that. [But] I definitely write them."

Don't get him wrong. Pitt said, "I have some very, very funny friends that helped me with some laughs." But if these remarks are going to work, he added, they have "got to come from the heart."

Related:
Jennifer and Brad's Backstage PDA Means Something, I Just Don't Know What

Pitt's Oscar acceptance speech also had a different tone from his previous speeches, which included jokes about Hollywood writer-director Quentin Tarantino's rumored foot fetish and that he would have shared the raft with costar Leonardo DiCaprio if he had been in the movie Titanic.

This time, he got political and referenced the Donald Trump impeachment hearings, saying that "they told me I only have 45 seconds up here, which is 45 seconds more than the Senate gave John Bolton this week."

Backstage, he explained the change of tone. "I'm just really disappointed with this week," Pitt told journalists. "I think when gamesmanship trumps doing the right thing, it's a sad day, and I don't think we should let it slide. And I'm very serious about that."

Pitt also referenced some other special people when he accepted his Oscar, among them costar Mike Moh, who played Bruce Lee in the film; director of photography Robert Richardson; and Robert Garcia.

"Robert Garcia is a dear, dear old friend of mine. He's a teamster and I rely on him heavily. And he's a good guy," Pitt explained to journalists.

So what's next for the Oscar winner, who also won an Oscar as a producer of 2014 best picture winner 12 Years a Slave?

"I think it's time to go disappear for a little while now and, you know, get back to making things," he said backstage.