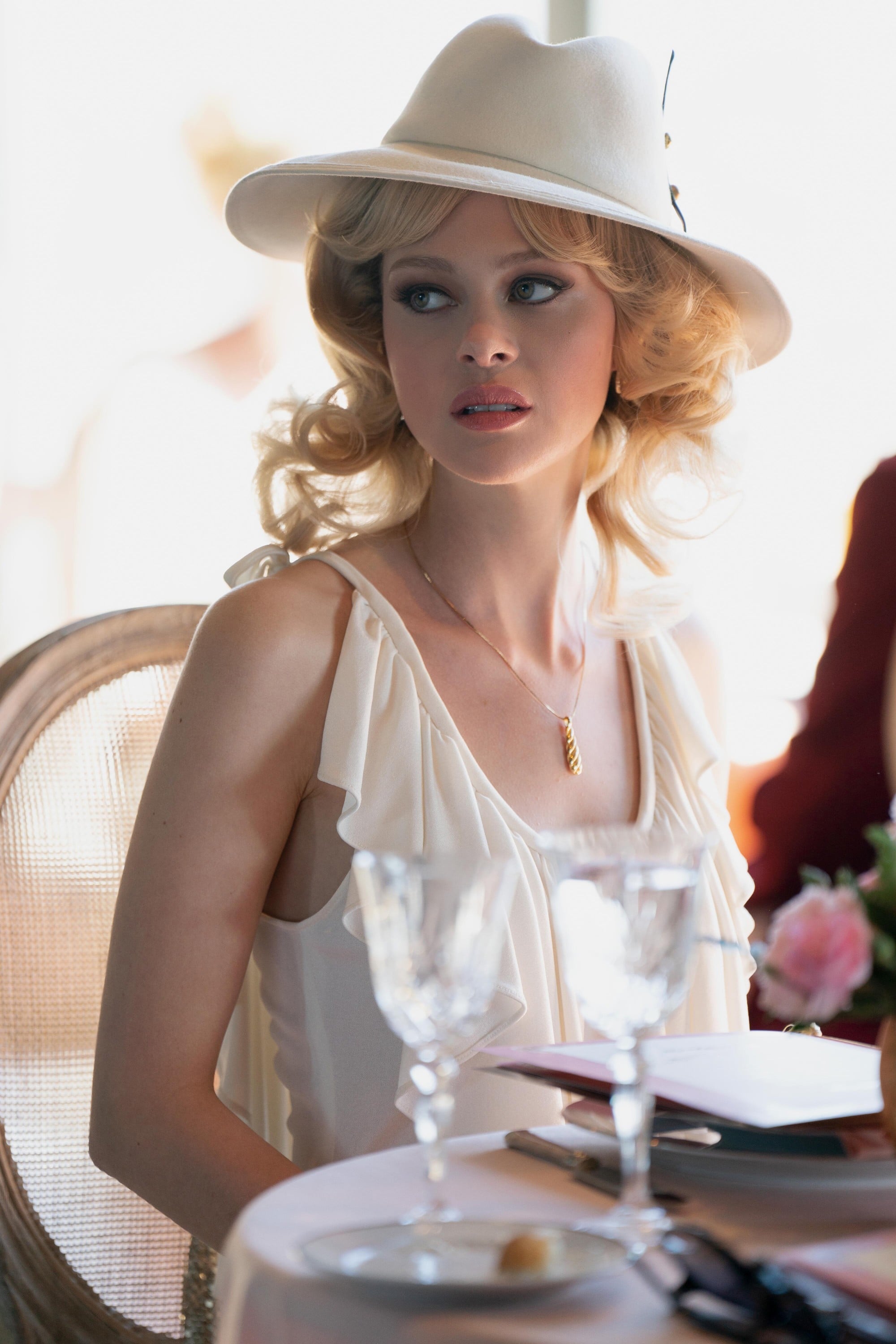 Hulu's miniseries "Welcome to Chippendales" takes a deep dive into the early beginnings of Chippendales, the first ever all-men strip club in the United States, and the turbulent years that followed. Established by Somen "Steve" Banerjee in 1979, the club quickly garnered attention from women in the Los Angeles area. The growing buzz spurred Banerjee to briefly partner up with Paul Snider, a local nightclub promoter and husband of Playboy model Dorothy Stratten.

Stratten, played by Nicola Peltz Beckham in the series, was named Playboy's Playmate of the Year in 1980 and a rising star in the modeling and film industries, but her potential was cut short when Snider murdered her in August 1980.

Ahead of "Welcome to Chippendale's" hitting Hulu on Nov. 22, here's a deeper look at the tragic murder of Stratten.

Who Was Dorothy Stratten?

Stratten was born Dorothy Hoogstraten in 1960. According to The Washington Post, a teenage Stratten met 26-year-old Snider in 1978. At the time, Stratten was in high school and working at a Dairy Queen to help her mother pay bills when Snider started to slowly groom her by buying her jewelry, cooking food for her, and even escorting her to prom.

Snider's plan, however, was to turn Stratten into a money-making machine. That same year, he persuaded Stratten to pose nude for Playboy's Great Playmate Hunt, the New York Post reported. "It took him a little while to talk me into agreeing to taking some test pictures . . . I had never taken my clothes off for anyone I didn't know . . . It took me about two weeks to agree," Stratten told a local Canadian TV station at the time (via ABC News).

Stratten was an immediate star, and following her submission, she was flown to Los Angeles to start modeling for Playboy and even work as Door Bunny at the LA Playboy Club. However, as her career began to flourish, the man who pushed her toward that path was getting increasingly jealous. As a means to regain control over Stratten, Snider proposed to the model, and the two wed on June 1, 1979, though Hugh Hefner himself expressed his concerns about his rising star being with Snider.

The Playboy founder later told The Village Voice, "I had sufficient reservations . . . I used the word — and I realized the [risk] I was taking — I said to hear that he had a 'pimp-like quality' about him."

Hefner's apprehension toward their union was an unfortunate foreshadowing of the horrible violence Stratten would suffer at the hands of Snider just over a year later.

The Murder of Dorothy Stratten

By 1980, Stratten was one of Playboy's most beloved models and named Playmate of the Year. Along with her modeling career, Stratten also started taking on film projects, including roles in "Galaxina" and "They All Laughed" with Audrey Hepburn. While shooting the film, Stratten fell in love with director Peter Bogdanovich and separated from Snider.

During this time, Snider grew increasingly depressed and constantly tried to get Stratten back, but she wanted to move forward with a divorce. As Stratten grew more distant, Snider hired a private investigator and eventually bought a gun.

On Aug. 14, 1980, Stratten went to their shared Los Angeles home to negotiate a divorce settlement with Snider, but things took a turn for the worst very quickly. Jeana Keough, the November 1980 Playmate of the Month, recalled in ABC's "20/20" that many close to Stratten were concerned about the meeting. "Hef and Peter kind of forbid her from going to see him. They forbid it. She had to sneak. She had to lie. . . . She just misjudged that guy so badly," she said. "She just had that little flaw that was her flaw: not being able to see the evil in people."

Sometime during her meeting with Snider, he brutally raped her, then shot her with a 12-gauge shotgun, killing her instantly. Immediately after, Snider turned the gun on himself and took his own life, according to The Washington Post.

Stratten's lover, Bogdanovich, was devastated by the news and later issued a statement honoring her, which read in part, "Dorothy looked at the world with love, and believed that all people were good deep down . . . She was mistaken, but it is among the most generous and noble errors we can make."

Watch the life of Stratten and the unbelievable story of Chippendales unfold in Hulu's "Welcome to Chippendales," which hits the streamer on Nov. 22, with new episodes airing on Wednesdays.