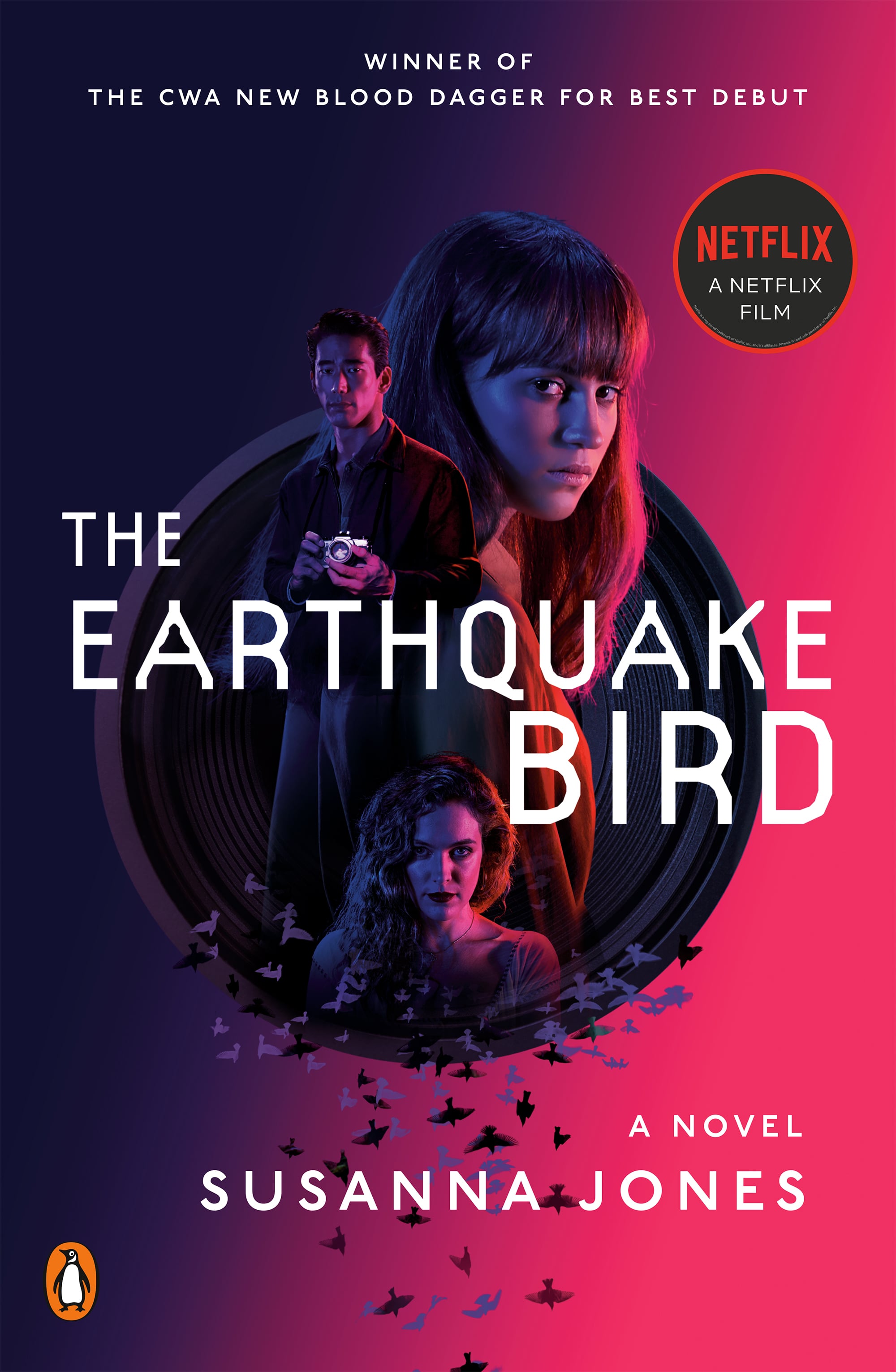 If seeing the trailer for the Netflix adaptation of Susanna Jones's The Earthquake Bird has piqued your curiosity, you can devour the 220-page book or keep reading to find out all the answers to this haunting mystery. Just beware of spoilers!

Published in 2001, The Earthquake Birth is narrated by Lucy Fly, a 34-year-old British translator and ex-pat living in Tokyo. The story opens with Lucy being questioned over the murder of her friend Lily Bridges. Evasive in her answers to the police, she's more open with the reader, who quickly becomes her silent confidant. As such, the bulk of the novel is formed by recollections of her past, intertwined with beautiful and detailed descriptions of Japan.

A woman without a home, Lucy tells us about her emotionally distant parents and a childhood that left her closed-off to the world. Bullied by her brothers constantly, she's happy to move to Tokyo and cut all ties with her family, especially once she meets Teiji, a restaurant worker who enjoys taking photographs.

Immediately, Lucy is drawn to this man, believing they share a deep connection. Their romance is passionate but impossible to label, and Lucy's inability to let people close works perfectly for the enigmatic Teiji. Still, Lucy's passion becomes obsession once she finds pictures of his mysterious ex-lover.

Enter Lily. Also an ex-pat from Great Britain, Lily is in many ways the opposite of cold, detached Lucy. Although also fleeing her past and seeking refuge in Japan, Lily is an extrovert who quickly inserts herself into Lucy's life. As she helps Lily find an apartment, an odd friendship begins.

Not long after, Lucy introduces Lily to Teiji. Her tightly-controlled life suddenly goes out in flames once the trio decides to take a try to Sado, and she's taken ill. As they leave her alone to recover, she begins to suspect a new level of intimacy between Teiji and Lily. As sparks fly, Lucy's jealousy grows. Still, she tries to dismiss her doubts as paranoia, until the day they return to Tokyo. There's no running from the truth as she catches them kissing at the train station.

Feeling hurt and betrayed, Lucy locks herself in her apartment to wallow. Not long after, Lily knocks at her door, hoping to reconcile, but Lucy is firm. It's the last time she sees Lily.

Back at the police station, Lucy tells them a tale of strangling Lily with stockings. She knows this isn't true, yet, in her mind, Lily's death is her fault. Ever since her brother died in an accident involving her, Lucy believes death follows her around. She describes herself as an accidental serial killer. Already suspicious of her, the detectives arrest Lucy, but DNA results clear her of being involved in Lily's death.

Meanwhile, she learns Teiji has left Tokyo shortly after their trip to Sado. Witnesses claim to have seen Lily with a Japanese man near Lucy's apartment on the day of her disappearance. Two photos are found depicting her death, but Lucy, despite suspecting him, doesn't tell the police Teiji was a photographer.

The murder remains unsolved and we are left with an eerie last chapter where Lucy thinks she's being followed and photographed by Teiji.

In the end, The Earthquake Bird is a character study first, mystery novel second. What glues the reader to the page is Lucy's stranger perception of the world. It's her mind that creates the novel's sense of isolation and paranoia. As if trying to distance herself from events, Lucy's narration changes from first to third person, leaving the reader questioning how much of what she tells is true and if we can trust her to know the difference.

by Ariel Baker 14 hours ago