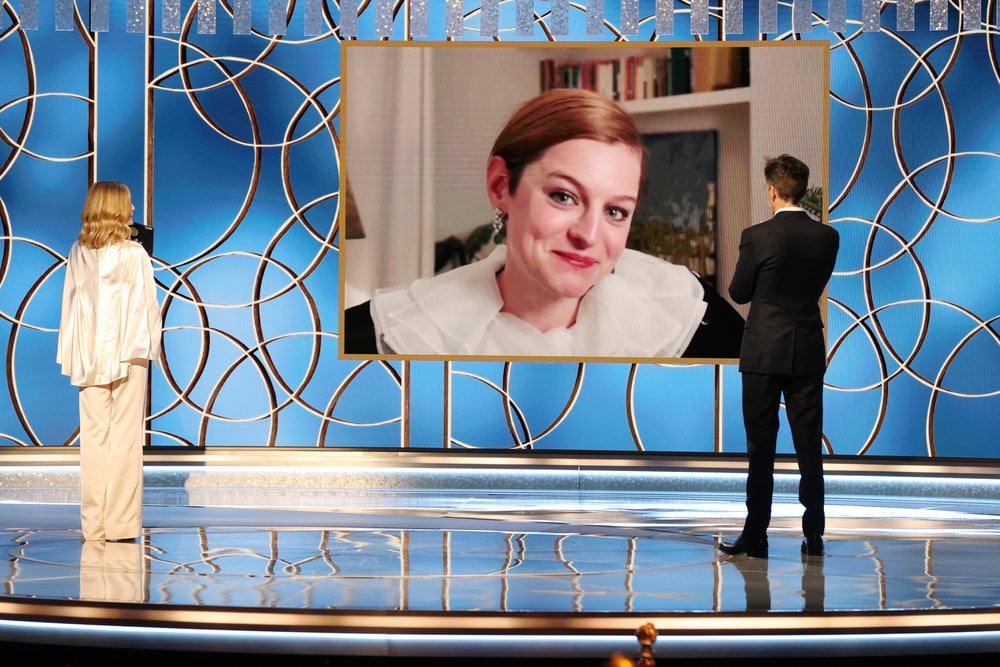 Emma Corrin is a Golden Globe winner! The Crown actress appeared shocked when she accepted the award for best actress in a TV drama on Feb. 28 and jumped into platitudes of gratitude as she thanked those who impacted her career — including Princess Diana. The pressure mounted when Corrin took on the role of the late royal for Netflix's fourth season, but she quickly proved any worry was unwarranted as she gave an emotional performance to parallel a sensitive piece of history.

In her acceptance speech, Corrin thanked Diana for her impact on the experience. "You've taught me compassion and empathy beyond any measure that I could ever imagine," Corrin said at the conclusion of her remarks. "On behalf of everyone who remembers you so fondly and passionately in our hearts, thank you." Watch the full speech below to see Corrin's lovely sentiments as she won her first Golden Globe Award.