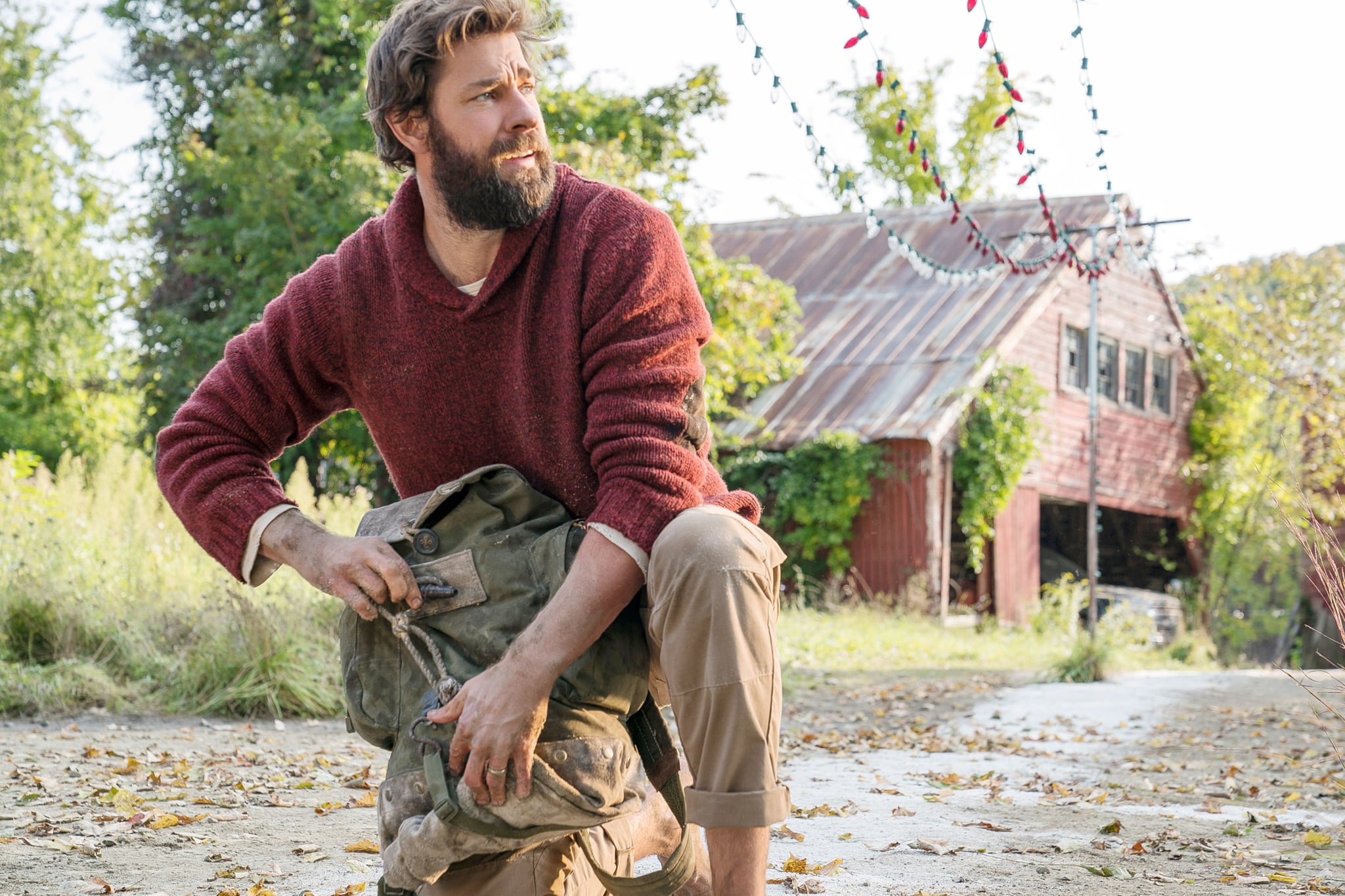 Beacon of light John Krasinski is now the host of his homemade YouTube channel Some Good News. Before SGN, the beloved actor was set to release A Quiet Place Part II, the follow-up to his film where his character Lee Abbott faced very bad news. Need a refresher on Lee's unfortunate fate? We've got you covered — just be wary of making any sudden noise or movement.

First, let's revisit the premise of the story. Uncannily enough, A Quiet Place begins around the year 2020, when alien monsters wipe out most of humanity by attacking anything that makes noises. Adopting a survivalist lifestyle, Lee and his wife Evelyn (Emily Blunt) live on a farm with their two children, Regan (Millicent Simmonds) and Marcus (Noah Jupe). Regan is deaf and blames herself for her brother Beau's death, as she handed him the loud toy that caused a monster to kill him. This becomes a source of tension between her and Lee. Still, it's clear that Lee still loves her, as he spends his time trying to perfect a hearing aid for her.

Anyway, the end really begins with Evelyn giving birth to another child. As Lee helps his wife, the children hide in a corn silo, where one of the creatures approach them. Regan figures out that the monster hates the high-frequency feedback sound made by her cochlear implant when it approaches her. Though they reunite with their father, the monster attacks Lee. While he and Regan take refuge in an old truck, Marcus shouts out for his dad, which temporarily reroutes the creature. But their father isn't done yet. Dropping his ax, Lee signs to Regan that he loves her, then lets out a scream to direct the monster toward him and save his kids. The creature kills Lee right there and then — cue all of the not-so-quiet sobbing.

Back at their house, Regan cranks up the feedback sound made by her implant with a microphone. This weakens the monster, which lets Evelyn kill it with a shotgun. While we'll see him in flashbacks, it's not likely that Lee is still alive in the sequel. But we'll be looking forward to Krasinski's return as the director — and maybe even as an alien.