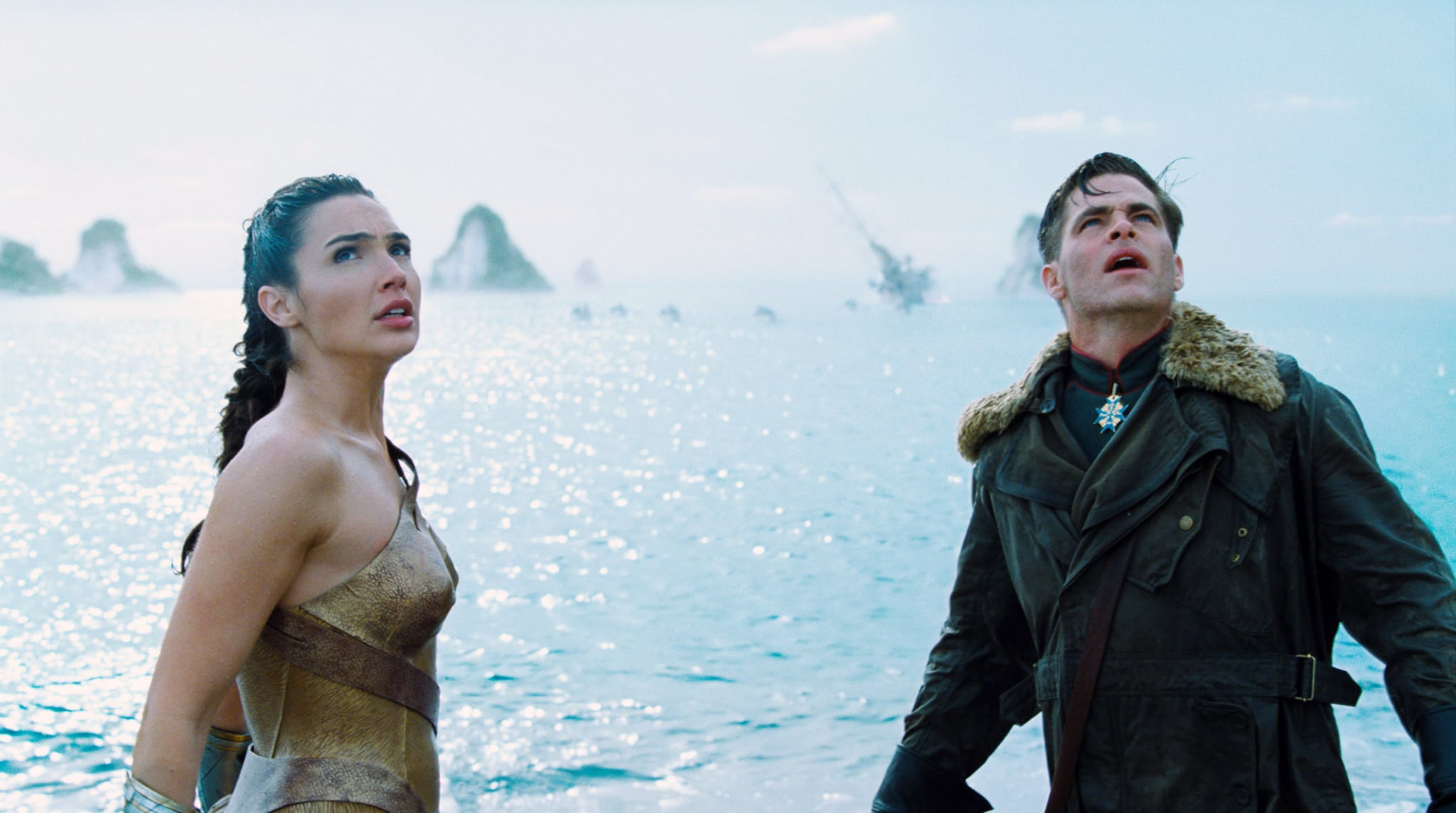 One of the biggest questions surrounding Wonder Woman 1984 is the return of Steve Trevor. Chris Pine's character died at the end of Wonder Woman, but do you remember how he died? It's possible that the manner of Steve's death (or "death") will play a major role in explaining his return, so let's recap how he originally died and the events that got him to the point of making that heroic sacrifice.

Steve comes close to death several times over the course of the movie, and it's one of those near-death experiences that changes his life by introducing him to Diana, who pulls him from the water when his plane crashes off the coast of Themyscira. After learning about World War I from him, Diana insists on accompanying him back to the mortal world, believing as she does that the war has been caused by Ares and that she, with the help of the "god killer" sword, can stop him and end the war.

After a brief stop in London, where Steve introduces Diana to the modern world, they discover that a mad German scientist is attempting to release a toxic gas to destroy everyone. They set out to get behind enemy lines and stop the gas from being released, and Steve recruits three old comrades to help them: Sameer, a Moroccan spy who has turned to mercenary work because racism stops him from being an actor, Scottish marksman Charlie, who suffers from PTSD, and Native American smuggler Chief Napi. When they reach the front, Diana crosses "no man's land," leading her team and the rest of the soldiers to liberate a village, where they spend a peaceful evening with the grateful residents (and where Diana and Steve finally act on their growing feelings for each other).

The team infiltrates a German party, but they're unable to stop the scientist from using his gas on the village they just freed. Diana gives chase, believing him to be Ares, but even after she kills him, the war continues, and she realizes she was wrong. That's when Sir Patrick Morgan, a politician and ally to Diana and Steve, reveals that he's actually Ares, that Diana is a demigod, and that she, not the sword, is the "god killer." While they battle, Steve's team tries to stop the gas from being loaded onto a bomber that intends to drop a huge amount of it on London. Steve realizes they can't stop the plane, so he leaves his watch and a declaration of love with Diana before getting into the plane, flying it to a safe height, and deliberately blowing it up, with him still inside. Diana's grief and love enable her to defeat Ares, and the war soon ends, but she carries that grief for Steve for decades.

When Steve dies, it seems pretty final: there doesn't seem to be any way that he could have bailed out of the exploding plane in time — at least not by any mortal means. There's a moment in the trailer where Diana seems to be showing Steve the world of the 1980s, in a sweet reversal of how he showed her London of the 1910s, and it's more than just a fun throwback: it implies that Steve is somehow "new" to this time, rather than having somehow been rescued and alive through all the intervening years. Could there be something supernatural at play with his return? Plus, fans will remember that, in Justice League and in the present-day epilogue of Wonder Woman, Diana appears to be mourning Steve again, so it doesn't seem likely that alive-again Steve will make it to a happily ever after either. We'll have to wait and see what's revealed when Wonder Woman 1984 hits theaters on June 5, 2020!