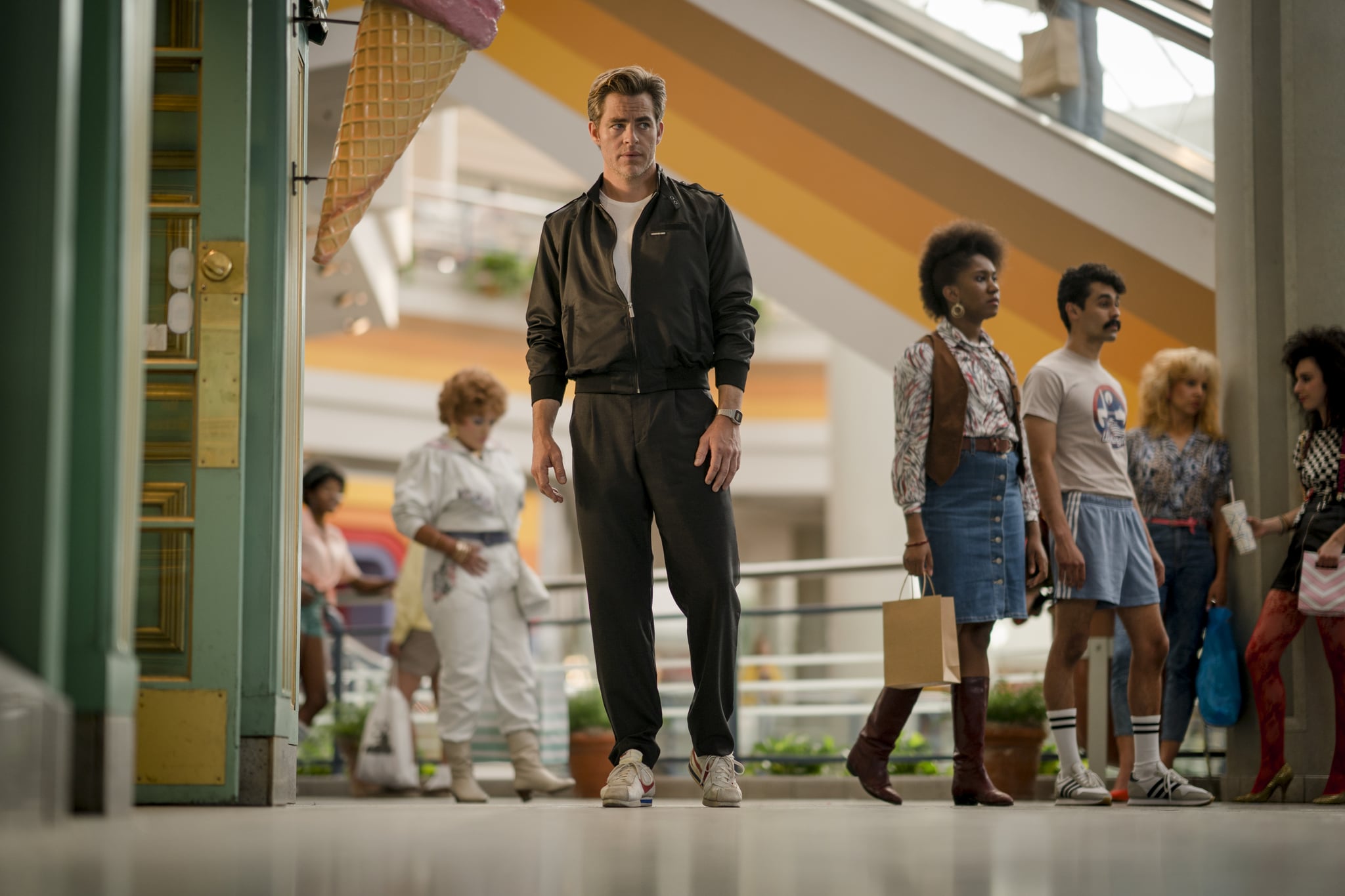 Wonder Woman may have ended with triumph for its titular hero, portrayed by Gal Gadot, but it, of course, wasn't without a few losses. At the climax of Patty Jenkins's 2017 blockbuster, Steve Trevor (Chris Pine) sacrifices himself when he hijacks a bomb headed for London and detonates it at a high altitude. So, how is it possible then that the charming character will be returning for the upcoming second installment, Wonder Woman 1984? In a quintessentially '80s ensemble, no less!

Following the release of the first film, Jenkins addressed the "big question" regarding Steve's fate and whether he would appear in the sequel. "All I can say is it was a dilemma," she told Fandango. Since we now know Steve will make an appearance in some capacity, the next mystery is how will the sequel explain the events following his death and his seemingly illogical return? Even though we won't know for sure until Dec. 13, 2019 — deep sigh — there are already a few theories on how Steve's return could work.

Given its tragic nature, many viewers hoped Steve hadn't actually died at the end of Wonder Woman. That theory is now becoming increasingly more feasible. On Reddit, one user explained that the movie doesn't actually show Steve inside of the plane as it explodes, and he may have jumped out of the plane with a parachute right before detonating the bomb. Some viewers even claim they were able to see a parachute falling from the plane in that moment, but we've yet to give the movie an eagle-eyed viewing to know for sure.

It's possible that who we'll see in Wonder Woman 1984 is not actually Steve, but a descendant of his who fortunately inherited his good looks. The theory actually isn't too far-fetched given that the '70s Wonder Woman series starring Lynda Carter pulled a similar stunt with Lyle Waggoner playing both Steve Trevor and Steve Trevor Jr. following a time-jump.

Here's a slightly disturbing theory: what if the resurrected Steve is actually Ares, the God of War, inheriting another mortal vessel? The grim theory has been floated around by fans, however, it's not as likely that the franchise would have him back as a villain when Dr. Barbara Minerva, a.k.a. Cheetah (Kristen Wiig), is confirmed as the next villain. Then, of course, there's the fact that Diana Prince destroys him at the end of Wonder Woman.

4. Steve Was Made Immortal in Themyscira

Could Steve's time in Themyscira have solved the problem of his mortality? Unfortunately, no. In a 2017 interview with Elle, Jenkins ruled out the theory that the fictional land's "magic Amazonian waters" turned Steve into an immortal being. "I've got bad news for everybody," Jenkins said. At least that leaves one less theory to wonder about!